How Could Technology Change Online Bingo? 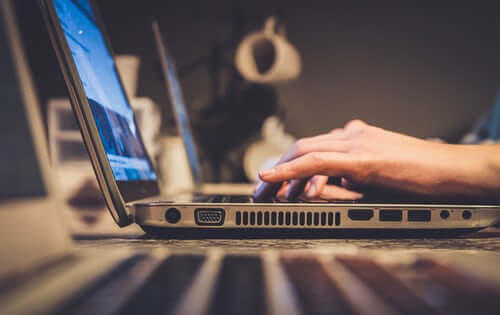 Bingo has been around for centuries, since the first gaming houses were established in Italy in the 16th century and has always been a popular choice among those that love games that combine skill and chance. Anyone can play bingo and it has existed in many forms in a number of different places all over the world.

Bingo games also have a long history of being used as a teaching aid as a fun way to help students to learn everything from history to spelling. Because it has such universal appeal, bingo games have been incorporated into gaming houses and casinos since they were first established.

Bingo reached the height of its popularity in the UK during the 1970s when changes in the law meant allowed for bigger prizes and games began to be more widely available. Eric Morley already had a string of dancehalls all over the country, but when the Betting and Gaming Act of 1960 liberalised, the laws surrounding gaming, he saw an opportunity.

By introducing bingo into his dancehalls, he provided a fun entertainment option that offered the chance to win a prize. Bingo became a popular choice, particularly among women who used a night at the bingo as a way to socialise, indulge their hobby and potentially take home a prize.

When the popularity of traditional bingo began to wane, it became clear that the gaming industry would have to innovate, and video bingo was a popular choice among fans of the game. Once the internet became more widespread and computer technology advanced, online bingo was the next logical step for the game to take. Now, players can easily access bingo games online at sites such as Costa Bingo, a site who offer their players a range of bingo games and the top promotions.

Bingo On The Go

As the internet has become more widely available and smartphones have become more ubiquitous, online gaming has moved into the mobile market seamlessly. From websites that are optimised to make them easier to use on mobile devices, to specially designed apps with mobile-specific features, there are more ways to game online than ever before.

As the industry has grown and become increasingly profitable, games companies have devoted more time and money to finding ways to make mobile gaming more appealing. Simplifying the gaming controls, creating games with shorter playing times, and even designing aspects of the game to be played with one hand have all contributed to a rise in the number of people playing games such as bingo when they are out and about.

Anyone with a hectic schedule can find time to play when they can carry their favourite games in their pocket. Whether it is finding a quiet five minutes on their commute to work, making the most of their lunch break, or squeezing in a game on the school run, it’s easier than ever to fit some fun into your day.

Bingo and The Latest Technology

The social aspect of bingo games was one of the most important factors in making it a hit in the 1970s, so it’s no surprise that this has been one of the elements that has made bingo such a hit in the 21st century as well. Social media has allowed bingo fans to connect from wherever they are, creating a network of people with a common interest who can celebrate their successes and share hints and tips with one another.

The 24-hour nature of the internet means that even those with schedules that are not compatible with those on more common working patterns can play with their friends. Sites are set up to make it easier than ever to ‘meet’ online and enjoy a few games even if you cannot be together in person.

There are a number of ways that new technology is being embraced by the gaming industry and bingo in particular, including:

As new technology evolves, games developers tend to be keen to embrace the opportunity to incorporate the latest innovations into their offerings. From dedicated gaming phones to improvements in the behind-the-scenes security of a website, gaming is at the cutting edge and gamers have high expectations as a result.

The game of bingo has always been popular, and its latest incarnation means that more people than ever are able to play, share and win whenever they want and from wherever they happen to be.

Sweatcoin: Getting Paid To Stay Fit

New Methods to Use Crypto Online