How Smartphones Have Changed Our Daily Lives 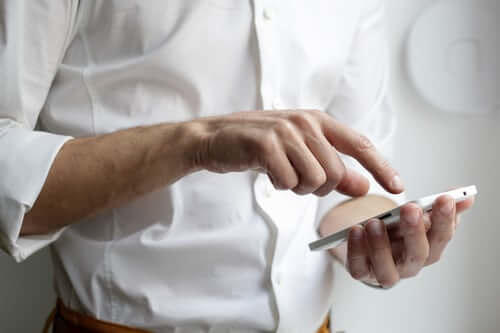 Mobile phones are an integral part of our everyday lives, both in our private and professional environments. Mobile technology has been advancing rapidly, and here are six ways in which smartphones have improved our daily lives.

When was the last time you saw someone use a digital camera? Smartphones have replaced digital cameras for most people. Modern phones are equipped with advanced cameras that can rival some of the high-end and professional cameras on the market. For example, the Galaxy S20 Ultra, Samsung’s new flagship, boasts an impressive 108-megapixel main camera and a zoom lens that supports 100x zoom. Furthermore, you can share your pictures and videos with a single tap.

It is hard to imagine a world in which we don’t have access to the internet 24/7. With the introduction of 3G and 4G, we were able to use our phones to browse the internet, make video calls and stream videos whenever we wanted. 5G is now being rolled out around the world, and the technology promises speeds that are up to 100 times faster than 4G. 5G technology is expected to be utilised in a wide range of sectors and industries, ranging from agriculture to health.

Whether you use an iPhone or Android, you probably have a phone with a virtual assistant. Siri, Google Assistant and similar voice assistants can help with everyday tasks such as setting reminders, sending texts and updating you on the news and weather. These digital assistants use machine learning to get smarter over time, which opens up whole new world of possibilities.

Mobile gaming is a multi-billion industry, and millions of players now use a smartphone as their main gaming platform. Modern phones have the technology to run demanding games like Fortnite, PUBG and mobile MMOs. Casino players can go to Televega.com and enjoy thousands of graphically advanced slots and other casino games whenever they want. And with the rise of cloud-based gaming services like Microsoft’s xCloud and Google’s Stadia, more players may choose to replace their traditional consoles with phones and tablets.

Both iPhones and Android phones have a built-in wallet app. Apple Wallet and Google Pay allow users to automatically store their credit cards, movie tickets, coupons, flight tickets, reward cards and other information in one place. These wallet apps make it easy to get a quick overview of your cards, tickets and transactions. Once you have set up Google Pay or Apple Wallet on your phone, you can also use it to make contactless purchases in physical stores.

Boredom is a thing of the past. With a smartphone, you can access and download thousands of entertainment apps that offer endless content. Video streaming apps like Netflix, HBO, Twitch and YouTube have millions of hours of video, and Spotify lets you listen to almost every album under the sun. With Audible and the various podcast apps, you can listen to a book or a podcast on your way to work or at the gym.