How Smartphones Changed The World 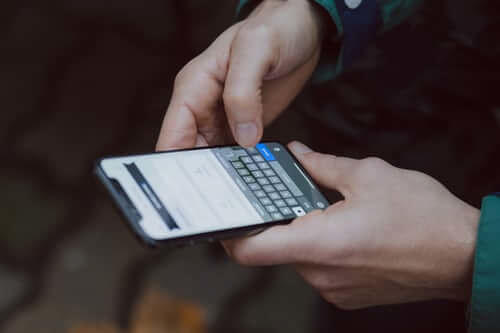 The never-ending world of technology keeps on growing and advancing second by second. There’s millions of opportunities when it comes to technology. It has given us privileges we never thought we’d have in the past. There’s so many ingenious inventions that went from a complex idea in someone’s head to something so widely used that everybody has one and it has become a necessity for the whole world.

When one thinks of an invention that took over the whole world, numerous things come to mind, some might say the microwave was one of the largest technological advancements which took its part in everyone’s lives, some say it’s automobiles, others say it’s TV, or the Internet. However one thing which almost everyone uses without realising how amazingly they became a crucial part of our lives is the smartphone.

There are many things the smartphone gives us the ability to do from the comfort of wherever we are, whenever we like. You can use an endless selection of built in office tools, play games on the go, listen to a never ending selection of music, watch movies and TV shows, even gamble a little if you feel like it, really, if you have a smartphone, you can try out for example Unibet mobile slots and many more, just with a simple tap and a stable internet connection!

Smartphones have not been around for so long, They’ve only been around for a few years. Little known fact; the first ever use of the term “smartphone” was recorded in 1992. The first true smartphone was called the Simon Personal Communicator, and it was created by a company called IBM. Note that this was more than 15 years earlier than the first ever iPhone was released. It was made simply through the functions of a PDA (personal digital assistant) and a cell phone being moulded together into one goofy looking machine, which at the time cost 900 dollars, which was around the equivalent of 1,100 GBP today. It was way ahead of its time, featuring a 4.5 by 1.4-inch LCD touchscreen which was monochrome, and was used with a stylus. The Simon managed to sell over 50,000 units globally.

Later in 2005, the smartphone world was starting to change and grow even more dramatically when Android, a former camera operating system producing company, was bought by Google, and new projects for a new operating system which was based on Linux which soon became the Android OS. Later in 2007, along with the first ever iPhone release by Apple, the first official Android Smartphone was released, known as the T-Mobile G1 or the HTC Dream. Here you can see a side by side comparison of the two.

Both these phones had started off a massive company rivalry and changed the world in ways no one could possibly imagine. Little did we know that this device was going to be an essential day-to-day gadget that every single person on the planet would come to need.