How To Unlock the iPhoneX 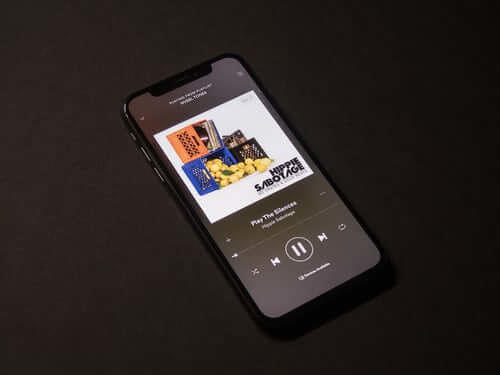 In the first 3 months of 2018, after launching in November 2017, the iPhone X sold 12.7 million units. This made it the most sold smartphone in the world. In fact, by the end of 2018, the iPhone X was the best-selling smartphone of the year, full stop.

For almost a decade Apple fans had felt the company had made only marginal improvements. The iPhone X set about to change this perception. Shaking up expectations, in one fell swoop, Apple removed both the much-loved Touch ID fingerprint scanner and the home button. They added a bezel-less 5.8-inch OLED display, an impressively functional facial identification feature, a hyper-quick A11 processor, edge-to-edge display, wireless inductive charging, and supercharged the device’s camera function.

Even now, 2 years since its release, the device performs incredibly well against market-leading devices from a number of its competitors and can be purchased second-hand for under £400. The amount of people still using the device, despite an economy that favours rapid turnover of almost all technology, is testament to how well it functions in an ever more demanding digital society.

Make Your iPhone X Work For You

With that being said, we all want to keep up with the Joneses, and even when we don’t, we all want to get the absolute most out of everything we pay for, even as that item ages. Whether you plan to stick with your iPhone X a little longer or intend to sell it and make way for the iPhone 12, unlocking your device with DirectUnlocks will help you make either decision work for you.

Buying a new device can be expensive, particularly if you’ve been previously tied to a network and would like to purchase your device outright. Based on previous release prices and recent incremental increases, it makes sense to suggest that the top iPhone 12 model may cost upwards of £1400. One of the best ways to make this a little less painful is to sell your current device. However, if your current device is locked, not only will you attract fewer buyers, but you’ll also receive 20-30% less than if it were unlocked. That’s around £300 instead of £400.

Losing this much money is unattractive, particularly when you have a new device to buy. It’s easy to get around this loss, just Unlock iPhone X with DirectUnlocks. It’s quick, cheap and you don’t even have to send your device away. Even if you do not plan on selling your iPhone X and instead want to keep it for the foreseeable future, which wouldn’t be a bad idea given how good the device is, unlocking your device will save you money and make using it abroad more cost-effective and flexible wherever you intend to travel.

When you travel abroad with a locked device, you’re forced to pay your network providers roaming charges. Almost everybody knows somebody that has a nightmare story relating to unsuspected roaming charges on their phone bill after returning from either a business trip or holiday. Whether you travel once per year or frequently with business, roaming charges can range from £20 to hundreds of pounds. It’s so easy to get around this I’m surprised to hear of anybody who still gets stung. By unlocking your iPhone X, you are no longer tied to your networks roaming charges, you can simply find a local store, purchase a SIM, and make the most of a local tariff which suits you.

Given how cheap it is to unlock your device with DirectUnlocks, even those of us travelling once will benefit from unlocking. So, whether you plan to sell your iPhone X and snap up the iPhone 12 or keep your device for years to come, make it work for you and unlock it for use with any network. It’s affordable, effective and completed in a few simple steps.