Macau Bets on Technology Being Important Factor in Recovery 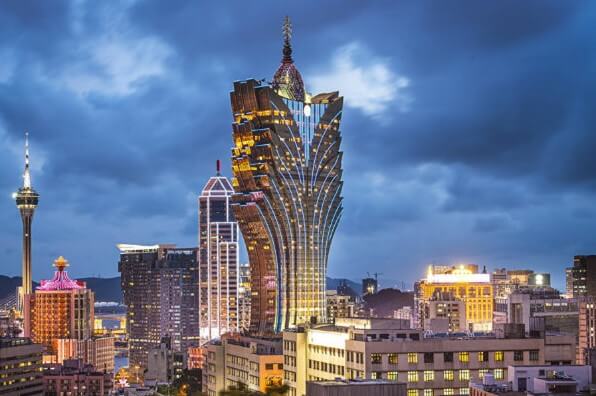 Despite relatively low infection rates within its borders, the Covid-19 pandemic of 2020-21 has hit the region of Macau extremely hard. Heavily reliant on tourism, the gambling hub has struggled to survive amid travel bans, a halt to tourist visa issuance, and a severe downturn in visitors. With grim optimism and in the face of ongoing worldwide infection spikes, Macau is looking to emerging technology, tech advances, and, most importantly, tech conferences to save its dwindling economy in 2021 and beyond.

The State of the Region

In the first quarter of 2020, Macau’s economy shrunk by nearly 50% due to the lack of visitors and a heavy reliance on tourism and gaming for its revenue. By the end of the year, gaming revenue was down by 79% compared to 2019 numbers. After a 15-day government-mandated shutdown in February 2020, casinos were allowed to reopen to find deserted streets, as no tourists were allowed in. More than 90% of Macau’s visitors come from mainland China and it wasn’t until August 2020 that visas for individuals and groups from mainland China started being offered again.

Although Macau hasn’t had any Covid-19 cases in the past 6 months, an enviable streak for those outside looking in but is still wary of higher infection rates in the cold winter months ahead.

With three-quarters of the territory’s population of 600,000 employed in the gaming industry, Macau has seen massive unemployment and a significant decrease in tax revenues. Prior to the Covid-19 outbreak, Macau derived nearly 80% of its tax income from the gaming industry.

Looking toward the future, Macau’s government is looking to improve on and expand past the tourism and gaming industry it initially bet on. With widespread closures and tourism basically non-existent, they’re looking at new avenues to boost their economy.

This time, Macau is putting its money on technology… and doubling down.

This is where BEYOND comes into play. In an attempt to compete with the tech superpowers in the region like Hong Kong and Shenzhen, Macau is hosting its first international technology conference called BEYOND International Technology Innovation Expo.

With the hit from 2020 and Covid, Macau is pushing hard for an alternative expo host site for the world’s biggest tech companies. The Beyond expo is attempting to rival the Las Vegas Consumer Electronics Show (CES), one of the biggest tech expos in the world. With the full backing of the Macau government, they’re open for business and attempting to kickstart a luxurious playground for the tech junkies of the world.

The central government itself is backing this initiative, with the overarching goal of better integrating Guangdong province, Hong Kong, and Macau. Although Macau has the least tech experience of the three, this event could help put Macau on the map when it comes to tech events of the future.

It makes a lot of economic sense to host such an event in this locale, considering Macau has a massive infrastructure prebuilt and ready for the crowds. The void caused by the in-person casinos and gamblers left a massive amount of space, perfect for a new conference venture. It doesn’t hurt that new and burgeoning technology has always been a sure bet when it comes to investors and venture capitalists.

They plan to offer full services during their BEYOND Expo, with events, tech demos, and after-parties.

Does the world need another tech expo, though? What sets the BEYOND Expo apart is that the focus isn’t solely on consumer technologies. They’ve expanded their reach to include government and large corporate contracts as well. It’ll be interesting to see how not only the consumer public responds to Beyond, but also how international governments will view getting in on the action.

If all goes as planned, this tech trade fair could help to diversify Macau’s one-trick economy and help establish it as a gateway to China as the beleaguered region recovers from coronavirus-related restrictions and lockdowns.

Still a Gambling Hotspot… And More

Casinos, gambling venues, and betting arenas have been struggling all over the world, due to the lack of players and the revenue they bring on their high-rolling getaways. Over the last year, online casinos have been picking up the slack; raking in profits as people gamble from home, abiding by social-distancing mandates by staying inside. Fighting off these online challengers will be difficult as people cocoon.

People have been vastly affected by Covid, but they still want all the luxuries of a pre-Covid world. Large-scale events like conferences, trade shows, and exhibitions have slowed down, but they’ve never gone completely away. Many of the big names in the trade show industry saw the writing on the wall immediately and quickly pivoted to virtual events like online web shows and video conferences.

Whether Macau’s gamble for BEYOND pays off, only time will tell.