How Has Online Casino Software Has Evolved Since the 2005 Gambling Act? 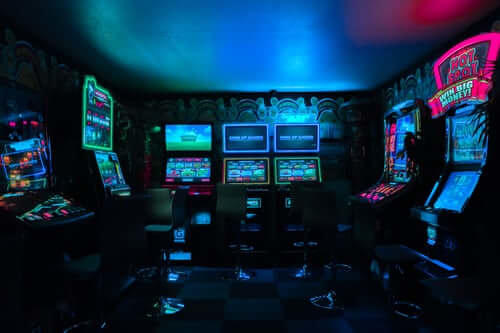 The casino software business is constantly changing. The most successful operators adopt new inventions as fast as they come. But they also get rid of old technology in the same fashion. The software business is about who makes the right changes the fastest. Take casino software providers as an example. Precisely, let’s compare the software they used in 2005, the year the Gambling Act was launched and the changes they’ve made since then. Let’s get started.

In the last fifteen years, many online casinos increased partnerships to provide games from many software providers. Traditionally, casinos offered games from a specific developer. If it was Microgaming, an operator didn’t offer NetEnt games. Nowadays, it’s not unusual to find a casino with games from 50+ software providers. As a result, they also offer over 1000 games. This is something players like. They want games from different developers. But they don’t want to open a dozen casino accounts to play these games.

In case you’re wondering, you can find a list of the best casino software options at bestcasino.uk. From Microgaming and NetEnt to Playtech and IGT, learn how these developer work and where to find their games.

Mobile gambling is one of the best things to have happened to the casino software sector. It changed how we play slots and card games entirely. It’s hasn’t been a smooth journey. It’s been rocky and full of hurdles. In the early days, apps and app stores were uncommon. That meant the only sure way to play slots through a mobile device was to use a website. And since many sites back then were unresponsive, gambling on smartphones was hectic.

Fast forward to 2020 and mobile gambling is simple, smooth and convenient. In fact, it’s so advanced that some people believe it’s the future of the casino industry. So, how has mobile gaming software changed in the last 15 years? Games are responsive across nearly all mobile devices. The graphics are attractive, the Internet is fast, and programming makes it possible to create genuinely fantastic mobile games.

One of the features that attract gamblers to a casino game is its payout rate. In other words, the Return to Player Rate (RTP) or house edge for table games. There has been a growing belief over the years that high-paying games are the best games to play.

And when you think about it, why would anyone want to play a low-paying game? The average online slot now pays 95%. The best-rated games pay up to 99%. Here are a few of these games.

Of course, a payout percentage alone doesn’t tell the entire story about a casino game. You need to learn about a game’s volatility, gameplay and bonus features before you decide whether it’s a good game for you.

Back in 2005, most slots revolved around fruits, bars and bells. They were simple, easy to play and predictable. Most slots are still simple to play. But they no longer stick to the same old themes.

These days, a slot could be based on anything, from football and baseball to TV shows and video games. You can immerse yourself into the Westeros as you play a Game of Thrones slot. Or you can participate in the action as you help cops apprehend robbers in a Cops vs robbers’ slot. Some people think these trendy themes are a huge reason why online casinos are so successful. And that could be true. Games, nowadays, involve everything people love, so there’s always a slot or card game for everyone.

VR casino games are pretty much a thing these days. You can mount headgear and play live Texas Hold’em as if you were in the VIP section of a posh London casino. Or you can play your favourite slot with New York City as the background.

Like video games and movies, there aren’t many VR slots and table games. That’s because the demand for these games is relatively low. It’s easy to see why. VR headsets are expensive, and not every computer or mobile device supports Virtual Reality. Despite that, VR and AR are always a few clicks away online. If you have the proper headsets and a reliable laptop, you can experience some slots and most live dealer games through Augmented or Virtual Reality.

Contrary to popular belief, most progressive jackpots are sponsored by providers and not casinos. Microgaming, for example, has one of the biggest jackpots in Mega Moolah. This game has paid out over £150M since its launch in 2006. NetEnt’s best jackpot, Mega Fortune, once held the pot for the biggest online casino win. But that record has since been surpassed by Mega Moolah. Playtech is another brand with a slew of jackpot games, most notable Age of Gods.

If you dream of winning lots of money gambling online, progressive jackpots as the games to play. Just keep in mind they are designed to pay a few people lots of money. And that means they don’t pay out as often as some people would expect.

Thanks to the casino industry’s continuous growth, software providers are constantly introducing new games. Sometimes these are clones of games from their competitors. But once in a while, a provider launches a product no one has seen before. Take live casino games as an example. Popularised by Evolution Gaming, few people knew you could play poker with friends online before 2005. These days, nearly every British casino offers live dealers.

Take Gonzo’s Quest by NetEnt as yet another brilliant product. It brought us cascading reels, a feature that has been copied and replicated by tons of developers. Recently, Australia-s BTG introduced Megaways, and now a handful of providers also create these games. In other words, software providers have been pretty innovative in the past 15 years. And through this innovation, they’ve helped spear the industry to levels no one imagined in 2005.