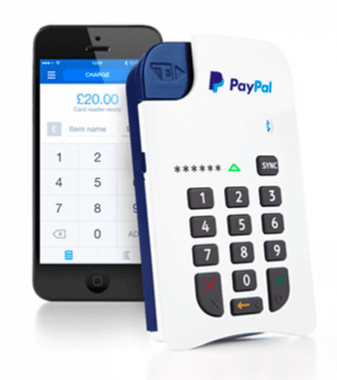 PayPal first came into existence in 1998 and since then, it’s slowly become a household name. And it’s not an especially surprising turn of events it has, after all, become the world’s premier online money transfer service and has had a huge impact on the way that people send money.

It’s certainly true to say that there are more online platforms in financial services out there than just PayPal. But PayPal is relatively unique in that it is both a cause of a changed payment landscape and an example of it.

We will delve into the reasons why PayPal became so distinctive and will explain why it continues to be just as popular.

The History Of PayPal

PayPal now commands a staggering user base with quite literally hundreds of millions of users on its books. But as with all great successes in the dot-com era, it had humble origins. PayPal was founded by entrepreneurs simply looking to take advantage of the Internet’s potential for money transfer.

Originally coming into being in 1998 from the minds of two businesses leaders, Max Levchin and Peter Thiel, it wasn’t called PayPal and instead, it was called Confinity. But while the name was different, Confinity had some major similarities with the PayPal that we know today.

It was designed primarily to create a new, cost-effective money transfer system for its client base, something it not only managed to achieve but even very much set the bar. It was largely thanks to the simple interface and no-nonsense language that PayPal became such a force so soon after its inception.

PayPal was brought into being as the sort of system that allowed payment processing to take place in a business context as well as a personal one.

Both private individuals and companies need money transfer services, and PayPal can offer it to both. It’s worth noting that not all businesses use PayPal: some online casino firms do, for example, while some don’t.

On that note: PayPal has a wide variety of different services under its main umbrella, both for the casino industry, e-commerce world and others. One of the most common points at which a consumer interacts with PayPal is when they pay for a service on a third-party e-commerce merchant’s website.

When that happens, what the user is seeing is the essence of the PayPal offer. It’s easier for the merchant to use PayPal, as they don’t need to set up their own payment infrastructure. But it’s easier for the customer, too, as they can pay using a system that they know and trust.

If you’re gambling online, a list of casinos that accept PayPal is a handy resource to have on hand – as you may find that you can’t make a deposit using PayPal at your preferred operator.

However, PayPal also offers online money transfer services for private individuals sending money to friends and family, and for small-scale sellers who are in essence private members of the public trading some sort of goods or services online, or, indeed, paying wages. The ability to offer many diverse products and services to everyone from the online gambler to the remittance sender under one roof is a key part of the reason that PayPal has done so well and continues to do so.

And PayPal also owns several brands, too. In the US, it owns Venmo, which is a well-known money transfer service based around a mobile phone app, making it popular with the younger generation and those who spend a lot of time online. This ability to differentiate itself to different audiences in its brands and acquisitions is yet another reason why PayPal has managed to surge ahead in recent years.

In many ways, PayPal has set the standard for the many other online money transfer and payment gateway sites that exist on the web. Some such companies came in the wake of PayPal: the likes of TransferWise, for example, didn’t come into being until 2010.

But it clearly bears a few of the hallmarks of PayPal’s legacy, such as a fast and clean interface which is simple and easy to use. Some companies pre-date PayPal but have had to shift their operations and strategy a little as a result of the revolution it brought about.

Companies like Western Union, which used to dominate the payments to friends and family part of the sector through in-person wire transfer services, now ensure that they provide an online service.

What Does The Future Hold?

One question for those who keep an eye on PayPal is what the future will hold for the service. As a highly profitable business with a huge turnover and a wide range of active users on its books, it’s unlikely that it faces going out of business any time soon.

One challenge it may face, however, is speed. PayPal transactions are already quite fast in most circumstances, but they’re not always instant. And this could put it at a disadvantage compared to some other providers on the market who may be out to snatch some of its market share. Blockchain technologies such as Ripple can boast instant or near-instant turnaround times, which could give PayPal a real run for its money. The same could occur if customers decide they’ve had enough of rising PayPal fees.

Overall, though, PayPal’s market share means it’s unlikely to lose out significantly any time soon. Not every consumer can afford (or has the inclination) to switch to a financial institution that is powered by Ripple or a competitor and PayPal is likely to remain the default for millions across the globe.

In short, there are lots of diverse reasons why PayPal has managed to do so well in the two decades or so in which it has existed – and it’s clear why everybody from poker players to Amazon shoppers are using it. From the simplicity of its interface to its capacity to differentiate itself in terms of brand, it’s become a market leader that has contributed to big shifts in the way that e-commerce payment and online money transfer services work.

Why is Mobile Casino Traffic Rising in the UK?