The Future of Online Roulette 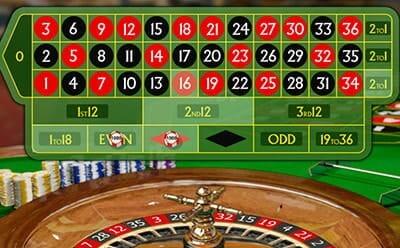 Did you know the number 17 is the most predicted outcome on roulette? There are several theories as to why this is the case. First, it’s centrally located on the pay-table. It’s also James Bond’s favourite number and has appeared in two famous movies: Lost in America and Proposal. Of course, people’s favourite numbers and the reality of roulette are two different things. On the Internet, roulette is a frequently changing game. And some of these changes could impact how you enjoy the game five years from now.

Mobile Roulette to Continue its Popularity

If you’re a fan of roulette, you’ve probably tried playing the game through your smartphone. It’s a fun way to spend your time. And with some betting apps, you don’t even have to bet real money.

You only spend money if you’re interested in playing roulette for real money. In that case, you can find the best online roulette casinos at casinoroulette.co.uk. Many of them support all popular variants of the game.

But as you probably know, roulette games aren’t created equal. European roulette offers better odds than the American version. Mini roulette offers fast gameplay, but its odds are terrible. On the other hand, both progressive and lightning roulette have their pros and cons. So, learn about each game and decide which roulette best suits you.

A decade ago, the most popular roulette games revolved around RNG software. You would make a bet and software would rotate the wheel. If you won, you celebrated alone. If you lost, you had the option of betting again or quitting. With the introduction of live games, online roulette is no longer a loner’s game. You can play the game together with friends or hundreds of strangers online. The best part is that you can interact with some of these players.

At some online casinos, roulette is held as a game show. A professional human dealer stands in front of a giant LED roulette paytable. He or she then hosts a competition in which thousands of people participate through their computers. At least one online casino runs roulette shows through traditional TV. Many casinos stick to Internet platforms like YouTube or through their websites. But all the same, watch out for live roulette shows. They are about to become a big thing.

If you’re like many people, you know about European and American roulette. Regular players also know about French and mini-roulette. But do you know how to play lightning roulette? Ever tried progressive roulette?

In the next five years, European roulette might not be the most popular variant of the game. It could be one of the upcoming options growing incredibly fast left, right and centre. Let’s start with progressive roulette. Put simply; it involves a jackpot that increases every time people play and fail to win. To make it a big thing, developers link one prize to a host of online casinos. That way, everyone who plays the game has a shot at the jackpot regardless of which site they use.

On the flip side, lightning roulette is a super-fast variant of the game. Created by Evolution Gaming, lightning roulette also known for its generous payouts: 500:1. Usually, you select one of five highlighted numbers. And if the balls land on your predicted number, you can win up to 500x your stake.

There’s something magical about roulette that hooks people for hours. You know it’s the same wheel and paytable. But you want to keep playing or watching others play for hours.

Thanks to streaming platforms like Twitch and YouTube, “roulette streamers” is now a thing. The best part is that anyone can become a streamer. All you need is an account on Twitch or YouTube. Then you need an audience. Gaining an audience on Twitch and YouTube is easier said than done. People subscribe to channels only if there’s something special about. You could offer killer roulette tips. Or you might have secrets of how to identify faulty roulette wheels.

All the same, roulette streaming channels are on the rise. And for as long as people will have interest in the game, you can be sure these channels will be around for long.

People have been saying VR will take over the online casino industry for years. It’s yet to happen. But there’s hope because many of the challenges that inhibit VR’s success are reducing. A few years ago, you had to spend at least £1000 to have the essential equipment for experiencing VR. Now, you can buy headsets for £250 and a VR desktop computer for a similar amount. What’s remaining is for more people to take an interest in VR and we could all play VR roulette in the future. And who knows? A world where everyone appreciates Virtual Reality could be sooner than most people imagine?

Picture this. You log into your favourite online casino. You place a roulette bet worth £100, and you win. You bet again and win. At a casino that pays 35:1, you could walk away with £7000 after just two wagers. It’s a dream that’s hard to imagine. Yet, it is something that could turn into a reality if Artificial Intelligence algorithms for roulette succeeds. The plan is to create bots that predict where the ball lands before you bet.

If successful, AI bots could turn lots of people into millionaires. Of course, they would be expensive, a lot pricier than roulette systems. Casinos would also find ways to detect and ban these bots. And once they detect you have a bot; they would ban you immediately. In case you’re wondering, gambling bots are a reality. Poker and blackjack bots exist, but they’re yet to be created for commercial sales.

How to get a graduate job in Human Resourses (HR).

Getting Started With Penny Stocks and Shares

Casino Apps to Look Out for in the UK