The rise of vaping and e-cigarettes 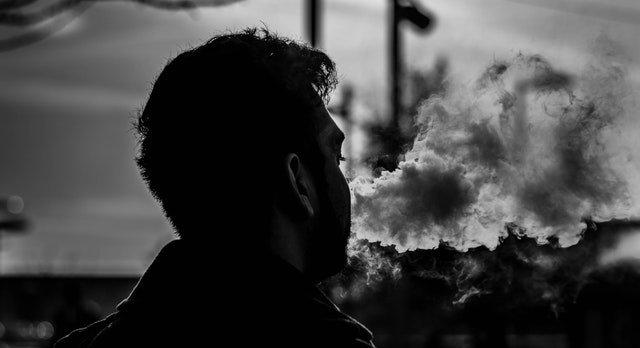 Vaping has become significantly more popular in the last decade, with suppliers of these devices; including those such as Vapox helping to reduce the number of people smoking. But why has vaping and e-cigarettes become so popular? TechRound takes a look at the rise.

Helping to kick the smoking habit

It was reported earlier in July that the increase in the number of people vaping has led to a decrease in the number of people who used tobacco on a regular basis in the past six years. In terms of statistics, this means that whilst there were over 7.7 million people in England who used tobacco in 20111, this has now decreased to 6.1 million in 2017, which is an astonishing decrease that experts believe is due to the rise of vaping and e-cigarettes.

Returning to the decrease in the number of smokers, the statistics in 2017 in England reflect a greater worldwide trend. As reported in the BBC, the latest statistics from the World Health Organisation show that there are now fewer smokers estimated across the globe. In 2000, there was thought to be around 1.14 billion smokers in total. Now, it is thought to be over 1.1 billion.

Meanwhile, the overall number of vapers has dramatically increased worldwide during this time. From around seven million in 2011 to almost 35 million in 2016. The research group Euromonitor only expects this to keep on rising in the next few years, anticipating that the number of adults who vape will reach an astonishing 55 million by 2021.

Why are more people vaping?

What has led to the meteoric rise of vaping products across the world in recent years? According to a report carried out on behalf of Ernst & Young, the most commonly cited reason for deciding to opt for an e-cigarette instead of purchasing tobacco-related to the fact that it was seen as being less harmful than regular cigarettes. Over 52% of those surveyed cited this reason. Other peoples said the drive behind their-cigarette use was also down to these factors:

Is it true that vaping is healthier than smoking?

Yes. In the most recent support conducted by Public Health England, they concluded that e-cigarettes are less harmful than regular cigarettes or other tobacco products. Furthermore, it has stated that because of their notable impact on helping to reduce people smoking, that it should be in the future available to those on prescription, to help further decrease the number of smokers across the UK. However, whether this will materialise is yet to be known.

The e-cigarette market is expanding too

It doesn’t come as much of a surprise that as the figures increase globally in terms of those who vape, the e-cigarette market is expanding at the same rate too, becoming a lucrative industry to get into.

It is estimated that in 2018 the vapour market worldwide is now estimated to be worth around 22.6 billion dollars, that is up more than 4.2 billion from 5 years ago.

In terms of the countries who are spending the most money on vaping products and smokeless tobacco, the top three big spenders are the US  (with an overwhelming market domination)   then Japan and the UK respectively. Other countries in Europe also dominate the top 10  in vape products such as Italy, Norway, Germany and Sweden.

Where do most people buy vaping e-cigarettes?

The rise of vaping products is mostly led by people deciding to buy their products in specialist shops according to a report that was published by Ernst & Young in 2015. Surveying over 3000 e-cigarette users, it was found that those in the UK, Poland, Italy, Russia, France, Germany and South Korea all bought their vaping and smokeless tobacco products in e-cigarette shops.

The UK has by far Europe’s biggest e-cigarette market available, with an estimated 2,000 vaping outlets for people to choose from, and like all other trends relating to vaping and e-cigarette products, it is expected that the number available to vapers in the next couple of years will continue to increase.

Can SEO Work for Law Firms?

Tips to Improve Your Financial Future