Equity release has become increasingly popular in recent years, with over 55s in the UK withdrawing a staggering £3bn from their homes in 2016. In this guide, TechRound is going to explore in further detail about what exactly is equity release, specifically looking at the two main types available: lifetimes mortgages and home reversion.

Equity release allows people to unlock money that is tied up in a property.  Generally speaking, the amount lenders will allow you to release is usually up to 35% of the property’s value, but the exact figure will depend on your own personal circumstances, and other factors such as your age. For example, a person aged 65 in a house that is worth an estimated £250,000 could be able to release equity of around £80,000. This can be received as a cash lump sum and is often used by homeowners as a way of providing a stable income during their retirement years.

The amount you can borrow will be depend on different factors, certain providers such as Aviva alter the loan based on our postcode. Find more information here.

Equity refers to the exact percentage of the property that you own outright, with equity tending to increase as you get closer to reaching retirement age. Then this amount is released through one of the two main types of equity release, lifetime mortgages or home reversion which is then used for retirement.

There are a number of equity release providers to choose from such as:

Who can get equity release? 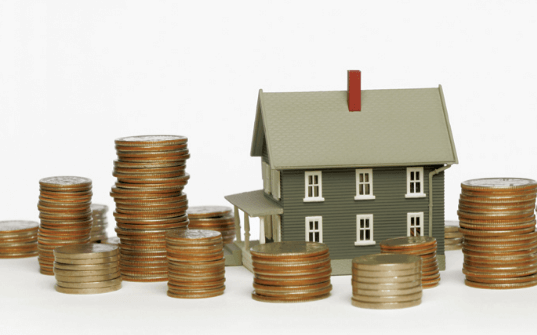 To be eligible to get equity release there are certain criteria that you will need to have to be able to unlock money in your property. This usually includes the following:

The difference between lifetime mortgages and home reversion

We have briefly mentioned the two main types of equity release, lifetime mortgages and home reversion, but what exactly is the difference between the two? We take a further look.

A lifetime mortgage means that it is secured against your home which then means you can release equity in it and receive a lump sum. With lifetime mortgages you can still benefit if your house increases in value, as well as also retaining ownership of the property.

This kind of equity release is when you sell all of your property (or a percentage of it) to a home reversion plan provider in order to release equity from your home, and this is also comes in a cash lump sum. With home reversion plans, you tend to receive a higher lump sum than you would with a lifetime mortgages, but this is partly due to the fact that you have sold some of your house to someone else and therefore lost complete ownership of the property. In addition, you should be aware that if your house increases in value, you will only profit from the percentage of the house you still own.

However, with a home reversion plan, you can still remain in the property, and you will not have to make any repayments in the future, as well as no interest.

Whilst we have broadly covered what the two most popular categories of equity release schemes are, it is worth highlighting the advantages and disadvantages of both of them in order to help you decide whether it may be the right decision for you, or if one is more preferable than the other.

For the very latest developments in startup news, follow us on more start up news.