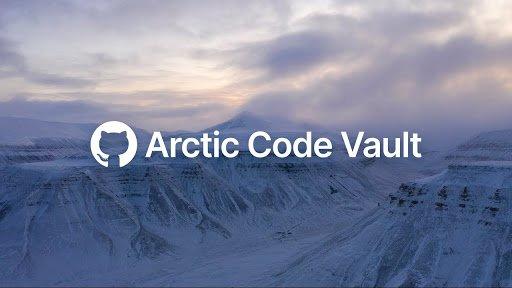 On the 2nd February, 2020, GitHub captured a snapshot of every active public repository, to be preserved in the GitHub Arctic Code Vault for 1000 years.

Github is a cloud-based social sharing site for coders. The platform runs on an open-source framework, allowing the code to be accessed by the general public and altered by anyone. All changes are tracked by the platform’s Git revision control system so users can see how code evolves from its original form.

This week, GitHub captured a snapshot of every active public repository. The data captured will be stored on 3,500-foot film reels, provided and encoded by Piql, a Norwegian company that specialises in very-long-term data storage. Simulated ageing tests indicate this film will last 1000 years. The data will be stored in the GitHub Arctic Code Vault, which will be preserved in the Arctic World Archive. The Arctic World Archive is a very-long-term archival facility 250 meters deep in the permafrost of an Arctic mountain. It is located in a decommissioned coal mine in Svalbard.

The recent update sees the progress of the project, which is now officially in production and estimated to take about two months to complete. Github says they will return to Svalbard in the Spring for the official deposit of the Arctic Code vault into the archive.

Github also announced an open-sourced guide to the location of each repository. The guide also explains how to recover the data. The company says “the guide provides an overview of what software is, an explanation of open source and its ethos, and a technical overview of how to unpack the archive’s contents.”

Republic London Joins Forces with Creative Studio, The Rig Out