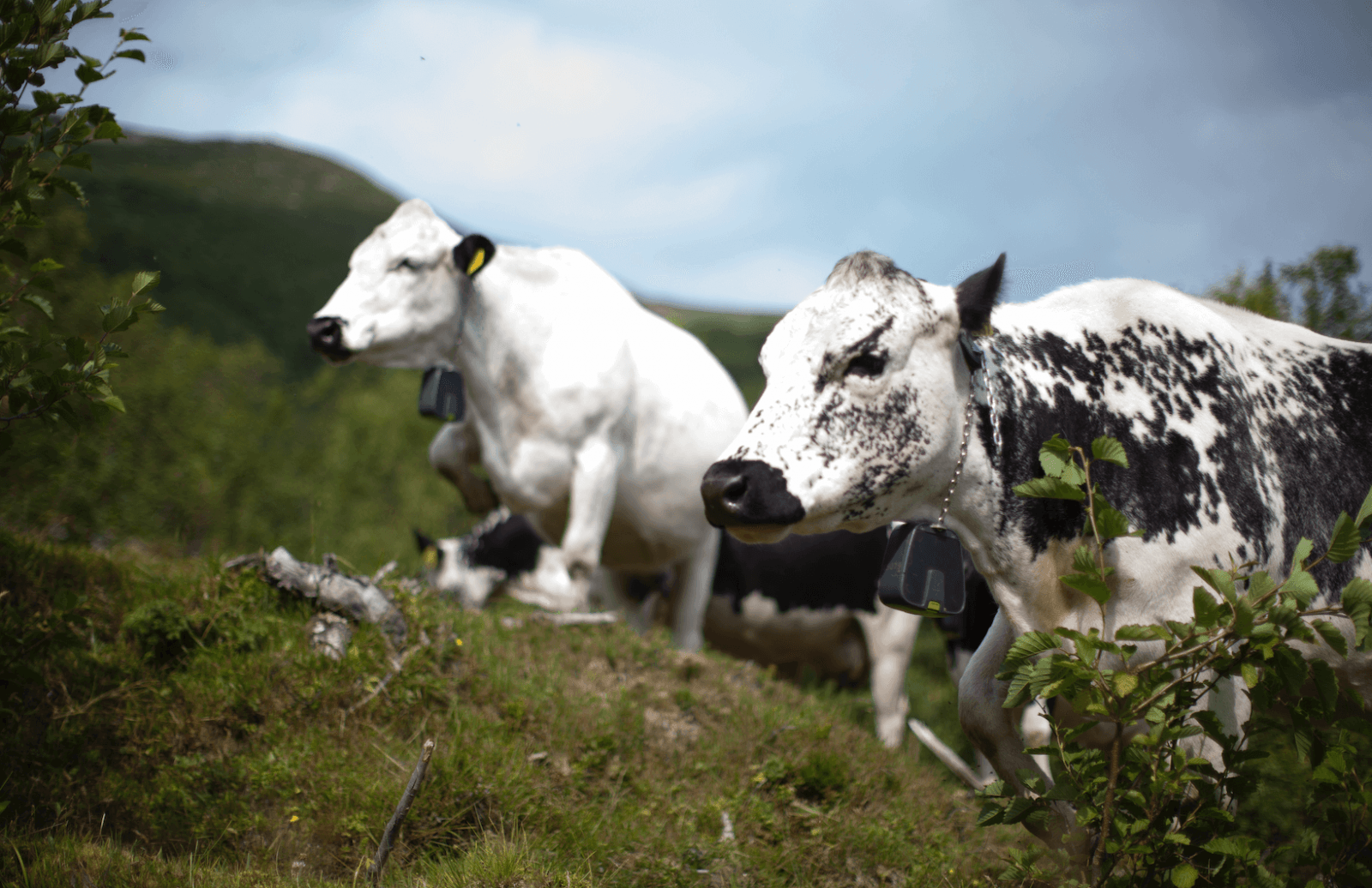 Nofence is the creator of the world’s first virtual fencing solution for livestock. The Norwegian scaleup is the first in the world to build GPS and cellular technology into specially designed collars for animals, to help farmers graze their livestock on pasture, without the need for traditional penning and electric fences.

Nofence’s unique collars enable farmers to set specific virtual boundaries for livestock via a mobile app. When livestock approach the virtual boundary, the collar will generate a unique sound, which will gradually increase up to a defined tone when the animal crosses the boundaries of the specified virtual area. Should any animal within the herd continue moving towards the boundary, a half-second electric pulse is generated as a last resort to dissuade them from leaving the grazing zone.

Only three such pulses are ever generated in succession and, as a result, in the event that an animal is being pursued by a predator, they will not be cornered against a physical fence and can flee from danger without impediment. Should an animal choose to ignore the audio warning and electric pulses in favour of escape, the farmer will be alerted via the app, which can be used to track down the fleeing animal and, if necessary, alter the virtual boundary to exclude any area containing predators.

Nofence’s unique technology works in a similar manner to a physical fence, which the animal can see with its eyes and knows to avoid, but instead conditions the animals to ‘listen’ for the fence and learn where the boundaries of the grazing area are through trial and error, which is particularly beneficial at night. After using the collars for a short time, the number of pulses generated rapidly decreases as the animals learn to avoid the pulse by changing course after hearing the audio warning.

Nofence’s technology also enables farmers to reap the benefits of managed grazing, allowing them to change the boundaries of the grazing zones throughout the day in order to optimise the energy uptake in the grass and avoid overgrazing, benefiting the environment and the bottom line. Grazing in open pastures is proven to improve biodiversity: for example, grazing animals will often choose more dominant plant species to eat, allowing less competitive plants to thrive. By increasing the ability of the ground to bind carbon, open pasture grazing will account for an incredible reduction in CO2 of 16.42 – 26.01 gigatons between 2020-2050, according to a report by Project Drawdown.

Synne Foss Budal, UK Country Manager, comments: “Nofence represents a substantial leap forward in farming technology. Our solution not only has enormous environmental benefits but also substantially improves the quality of life for livestock. We have experienced rapid growth in the past year alone and we now have more than 2,500 customers globally, including Epping Forest, Gloucester City Council and Natural England. By making costly, harmful electric fences and overgrazed pastures a thing of the past, we are bringing positive change and innovation to the agricultural industry.”

More information can be found at www.nofence.no/en/