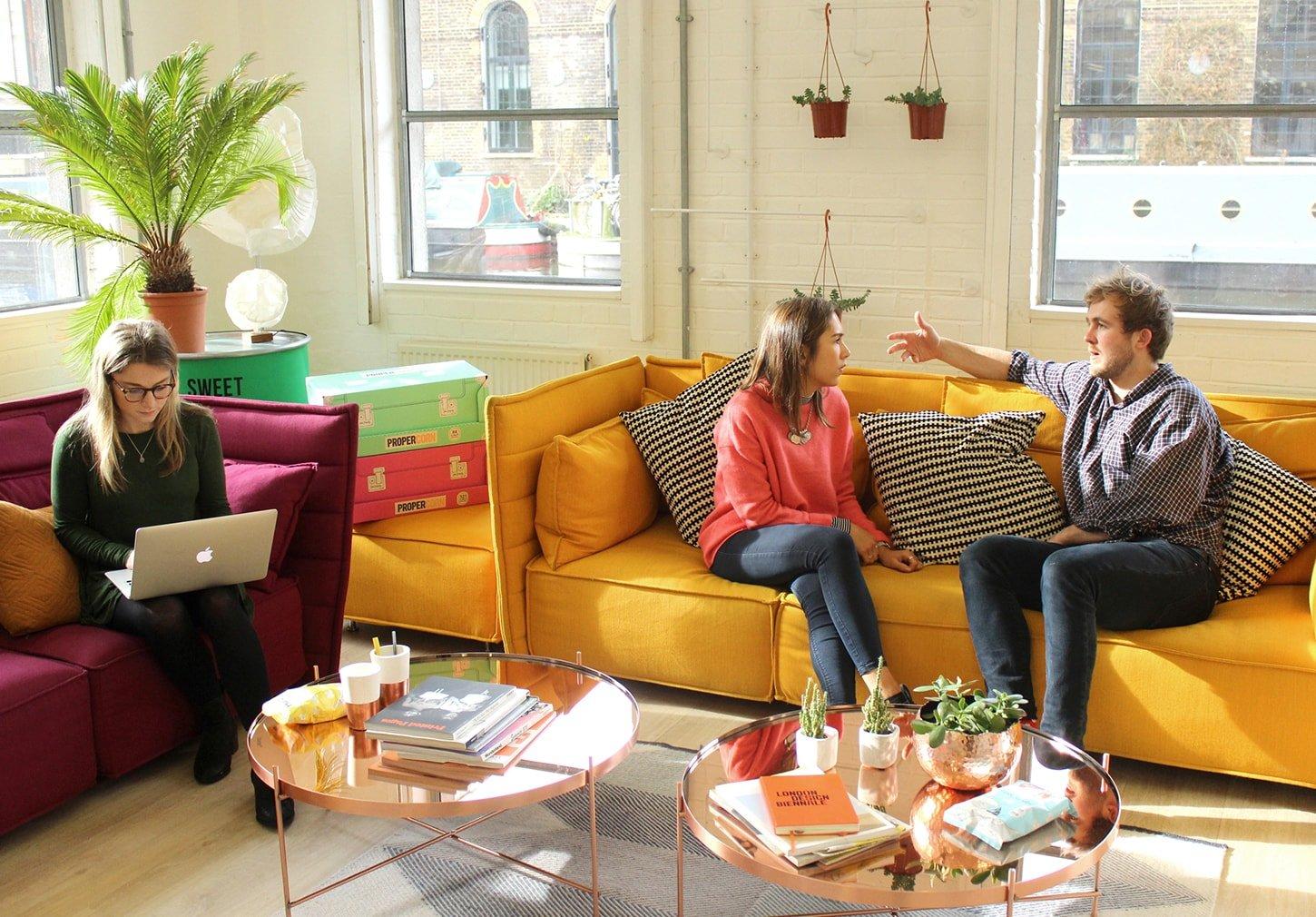 Propercorn are offering free desk space and mentoring to four budding business owners this November. The London snack company hopes to support businesses in their earliest stages, particularly those that solve problems or give back in some way.

“I found the early days of starting Propercorn massively lonely,” said founder Cassandra Stavrou. “Going from team player to self-starter can feel seriously deflating and I’d have given anything to have had a buzzy office environment where I could reboot and get inspired.”

Hence the Propercorn Pop In scheme, which offers a lively place to work and time to discuss ideas with Stavrou, her business partner Ryan Kohn and a team of 40. The prize includes mentoring sessions with the founders, workshops with the rest of the team and meals as a company. Most centrally, it offers a taste of the vibrant office culture at their Old Street headquarters.

Stavrou started developing Propercorn from her mother’s kitchen in 2009 as a healthy snacking option for office workers. The company now sells a packet of popcorn every second and is worth £16 million.

The Pop In scheme will run from November 12th to 18th as part of Global Entrepreneurship Week. It follows a successful trial last November, although the company has informally offered support to startups before.

Stavrou is keen to impress that applicants of all ages are welcome, especially older entrepreneurs. “It’s harder for people who have children and mortgages [to start a new business],” she told the Evening Standard.

To enter, fill out a questionnaire or film a short video explaining your business idea and submit it to Propercorn. Entries close Wednesday, 7th November.