Ritam Gandhi: “Why startups should be aiming for partnerships with corporates” 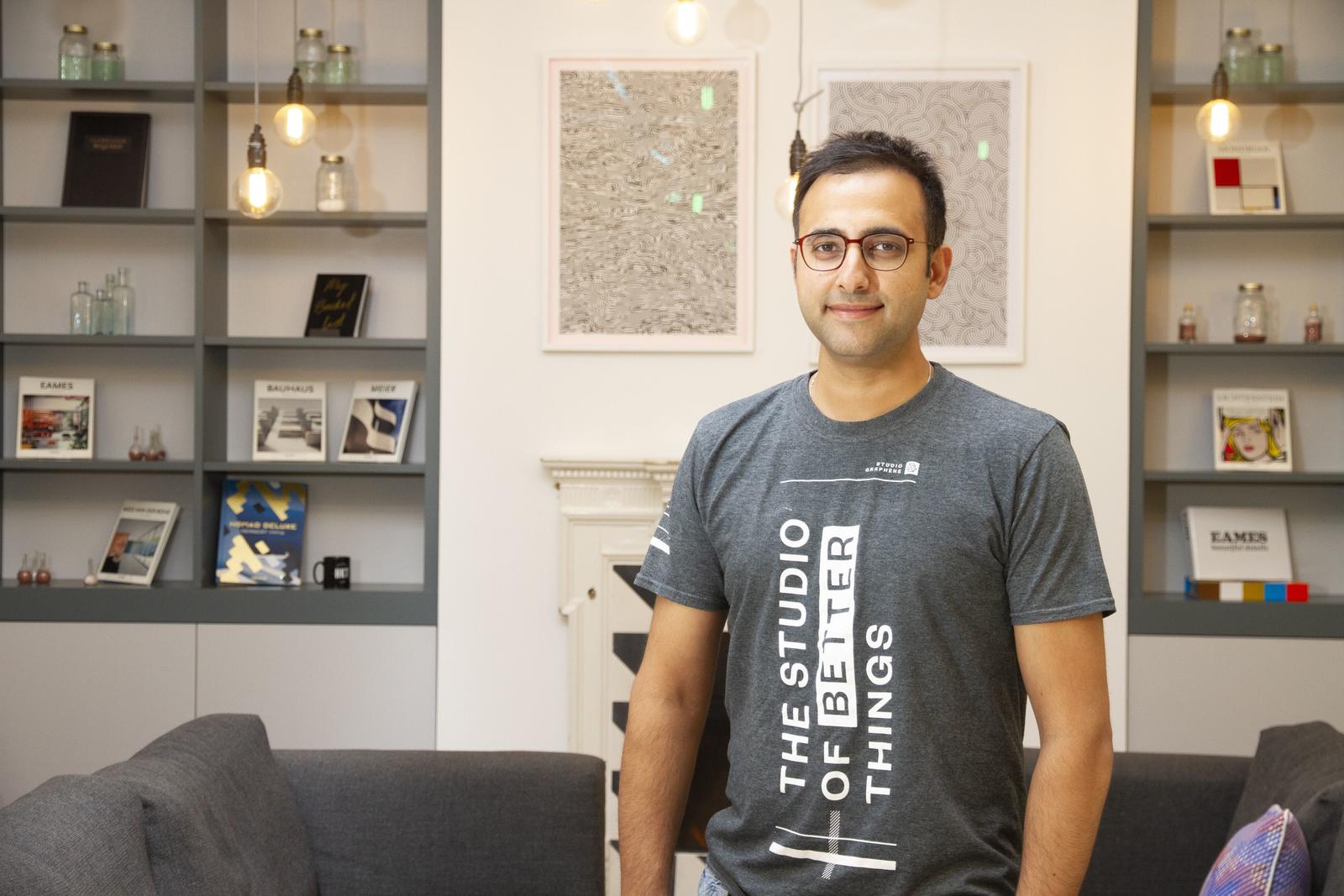 In 2002, Amazon broke into the Fortune 500 for the first time at number 492, only a matter of months after it turned its first profit. Today, Amazon is one of the largest corporations in the world; it currently sits at 5th place in the Fortune 500 and has a market-capitalisation of over a trillion dollars.

Amazon has since become a poster child for the oft-stated mantra of “get big fast” – the idea that a startup’s purpose is to scale up as quickly as possible in order to capture a large market-share. According to research from Play Bigger, a Silicon Valley consultancy that works with VC-backed startups, firms founded from 2012 to 2015 reached an equivalent market cap twice as fast as companies founded from 2000 to 2003. In other words, today’s startups are growing about twice as fast as those founded a decade ago.

While this is an impressive statistic, it is important not to let this distort the reality so many entrepreneurs and early-stage businesses face when attempting to scale-up. Attempting to grow a business brings with it a whole host of challenges, the majority of which are difficult to predict and mitigate. This is made more complicated should a startup adopt the mantra of “get big fast”.

In the world of business, growth and risk are causal – the faster the rate of growth, the higher the risk of failure. That’s why I believe the goal of becoming a “unicorn” (when a privately held startup attains a billion-dollar valuation) should not be something startups hold as the ultimate measure of success.  After all, unicorns are so-named because they are incredibly rare.

Let’s look at an example to put things into perspective.

The risk of scaling too fast

Social gaming platform Zynga is a useful example of the problems caused by scaling too fast. The social gaming platform grew dramatically after their popular games like Poker and Mafia Wars accrued millions of downloads. Backed by private investment, in 2011 the company had so much capital that it was able to acquire 11 companies in a single year while also hiring 3,000 employees.

However, the narrow focus on short-term growth that had fuelled Zynga’s rise effectively became an albatross as the popularity of social gaming declined and the platform began haemorrhaging users. In the second quarter of 2013, Zynga’s number of daily average users (DAU) fell from 52 million to 39 million meaning that Zynga lost a quarter of its daily user base in a single quarter. Zynga’s problems were compounded by the fact that, in an effort to manage their rapid growth, it had overspent on middle managers and outside consultants. The company ended up having to dramatically scale back its operations, including firing a fifth of its workforce, in 2015.

While Zynga have done well to remain in operation, they have become the example of how scaling too fast can have severe consequences. This is easier said than done – in the competitive and fast-paced world of startups, few founders have the luxury of eschewing growth opportunities in favour of a more considered approach. The challenge for startups is ensuring sustained, long-term growth. After all, growth should be seen as a means to an end, not an end in itself.

So, if not to scale-up quickly and earn a unicorn status, what should startups be aiming to achieve? In essence, the answer is sustainable growth, and in recent years we have seen founders look to corporate partnerships as a viable way of achieving this. Corporate-startup partnerships are collaborations where an established company enters into a mutually beneficial relationship with an agile startup.

Partnerships are attractive to both parties because startups bring innovation, corporates bring scale. The beauty of partnerships is that they force startups to scale in the pursuit of specific goals rather than simply growing in the pursuit of a greater market share. Partnering with a large corporate gives startups the breathing space they need to tailor their product to the market’s changing needs, without being forced to dilute their value proposition in return for financial opportunities.

However, there are a couple of things startups need to be aware of when partnering with a large company. Corporates are very different entities to dynamic startups, and this can be a source of frustration for their partners. For instance, significant spending decisions may need sign-off from many stakeholders that aren’t well-acquainted with the project and the corporate partner might demand tangible results that are unlikely to be immediately forthcoming.

In order to avoid some of these pitfalls there’s a few things worth clarifying from the outset that will help ensure a partnership is a win-win long-term. The first is ensuring unity of purpose – what is each company looking to get out of the partnership? Clarity here is essential as the example of Wonolo illustrates.

Back in 2015, Coca-Cola decided that its perennial stocking issues could be solved by partnering with a high-growth startup who could develop a new on-demand staffing service using mobile technology. Coca-Cola teamed up with startup Wonolo, an online platform driving exciting new innovations in staffing technology to address this challenge. As a result, Coca-Cola was able to address their last-minute staff shortages, resulting in a 75% cost reduction per outlet and a $5.7 million boost to Wonolo’s next funding round.

A partnership built on a misunderstanding is doomed to failure but where there is unity of purpose, partnerships can allow the startup access to more resources while remaining at a size that befits its present objectives. The challenge remains being able to commit corporate senior management to sponsor the project and fully accept innovation coming from another company.

From the startups; perspective, it’s important to think in terms of innovation not disruption.

As we head towards the fourth industrial revolution, a new frontier where technologies like AI, the Internet of Things (IoT) and big data threaten to disrupt every major industry, corporate titans are increasingly aware of the need to adopt more advanced processes. This creates an opportunity for startups to benefit from a corporate partners’ deep reserves of capital and resources and access to established distribution networks.

Corporates and startups are built differently and will often go into the partnership with different objectives and expectations. Ultimately, startups would do well to only enter into these partnerships with a clear purpose, and for a pre-agreed period. After all, they primarily make sense as an alternative to the traditional method of scaling by taking on vast amounts of private investment.

Ritam worked as a consultant for a decade for the likes of Accenture and Bank of America Merrill Lynch before, in 2014, going on to launch Studio Graphene – a firm that specialises in developing blank canvas tech products for small businesses through to large corporates. Working with many startups alongside innovation teams in more established companies, the London-based agency plans, designs and builds pioneering tech products for its clients. Ritam and the team also use their experience and expertise to help leaders grow their business from ideation, to launch and beyond.