The Dots was founded by Pip Jamieson in 2014 with the aim of making the creative industries more open and diverse. She refers to the platform as the “LinkedIn for creatives” as it works to connect businesses with employees through their creative projects. Jamieson has more than 13 years experience in the creative industries and previously co-founded The Loop, Australia’s leading professional networking site for creatives.

Jamieson first had the idea for The Dots when she was working at MTV Australia and saw that her colleagues often struggled to find talent through LinkedIn. She noticed a trend of creative industries hiring through their connections and friends, which resulted in a largely homogenous workforce. She stated, “We all went to similar universities and had similar backgrounds, and that spelled the death of creativity”. To tackle this issue, Jamieson created The Dots as a talent platform based entirely on promoting diversity.

The Dots now has over 300,000 members which include 10% of the UK’s creative market. It appeals to a vast range of creators, entrepreneurs, and freelancers looking to juggle jobs. More than 10,000 companies and brands also use The Dots for project sharing and hires. Over 8,000 high-profile clients such as the BBC, M&C Saatchi, Burberry, Google, the Tate, Warner Music and Sony Pictures, use The Dots to hire talent. Already, 30% of The Dots community live outside the UK, and The dots aims to progress with international expansion. The company is currently exploring the potential of cities like Paris, New York and Los Angeles.

The Dots community can be accessed online and through its mobile app. The platform uses algorithms to personalise recommendations for its clients and prospective employees. Members can use The Dots to list creative projects and tag those involved such as editors, photographers, stylists, journalists or engineers. Posting projects allows other creators to source each contributor accordingly. Companies can discover talent through the site and message people directly or post a position to The Dots job board. The Dots can also benefit from the all data it acquires using this structure. 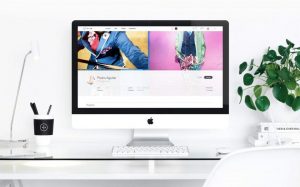 The Dots’ members are incredibly diverse, with 62% female, 34% BAME and 16% LGBT. Membership also shows neurodiversity and socioeconomic diversity. The network is unique in its position of purposefully pushing diverse talent higher on recommendation outcomes. CEO Jamieson says “we fix our algorithm so that diverse talent come to the top of the search results”. While some have used Twitter to express opposition to this method, Jamieson stands firm stating that “LinkedIn skews the other way”. She explains: “I’m not a male or female advocate, it’s just about inclusive teams. Amazing white men have to be a part of that mix as well, but at the moment the skew is just off.”

Like most networking sites, The Dots’ core revenue comes from clients looking to hire creative talent who subscribe to the platform’s recruitment and search features. The Dots has also raised £5.5 million in two funding rounds. In 2017, the startup raised £4 million in Series B funding led by Hambro Perks and Sir John Hegarty. Other investors include The Garage Soho and Angel Academe investors.