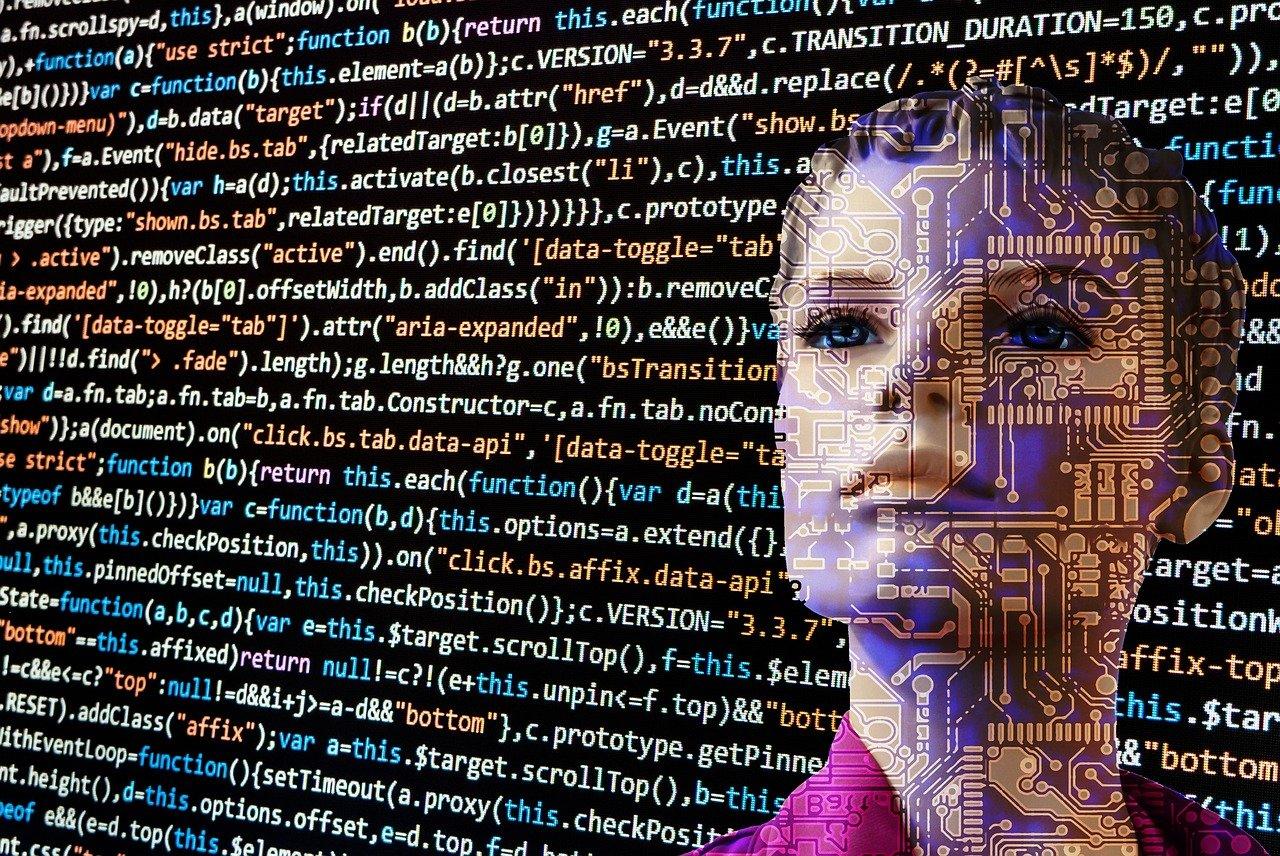 ‘AI’ – Artificial Intelligence – might makes us think of the amazing ability we have to harness technology to suit our needs and improve people’s lives. Or, it might conjure images of shiny, futuristic robots, intimidating computer systems and the Terminator: machines which, in a horrific, apocalyptic scenario, could become smarter than us and take over the world, either replacing the human workforce or rising up against their creators. Both are valid associations. And these latter imaginings are not merely the stuff of sci-fi films; a number of leading figures in the tech world have expressed genuine concerns about the threat of super-intelligence and ultra-smart AIs taking our place on the evolutionary ladder.

Stephen Hawking and Elon Musk are two big names who have raised such concerns. Musk has donated $10m to the Future of Life Institute, a technology safety organisation in Cambridge, Massachusetts. Meanwhile, Skype co-founder Jaan Tallinn warns that super-intelligent machines in the future could combine a wide range of skills in one entity or even use data generated from smartphones to become adept at social manipulation. He was inspired by Eliezer Yudkowsky, a self-taught theorist of AI who has written hundreds of blog posts and online articles warning people about the threat of artificial intelligence outsmarting us – and he believes human civilisation could be over within decades unless we act now. 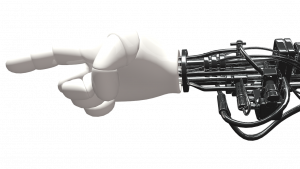 ‘Intelligence’ in this context, refers to the capability of such a machine to learn and evolve, to perceive its surroundings and make decisions which maximise the possibility of successfully achieving its goals. Every AI is driven by goals, which programmers assign, along with a set of rules. However, advanced AI would not need to be given the goal of taking over the world in order to achieve it; this could happen accidentally. For example, AI systems may develop the need to compete over resources in pursuit of an end, creating a new goal of self-preservation, which could override the importance of human life in the ‘eyes’ of the AI. Even seemingly harmless objectives could have insidious consequences, because the AI may use whatever means are available to them, regardless of the impact such means might have on human beings.

There is, however, a solution. According to those who are concerned about the potential threat of AI, we can safeguard humanity by investing in ‘friendly AI’, to ensure that these super-intelligent machines will not wipe us out in the process of achieving their goals. Coined by Yudkowsky, this form of AI would be programmed specifically to ensure the machines or devices are adequately constrained, so they don’t unprecedentedly and uncontrollably explode in intelligence.

So how could ‘friendly’ AI be of beneficial use, without the risk of it overpowering or outsmarting us?

Platforms like Netflix, Spotify and Amazon use highly complex predictive technology in the form of algorithms which make recommendations based on customer’s choices and reactions. As the dataset grows, the tech becomes increasingly smarter. We are only at the beginning of the development of this sort of tech; the future implications are simultaneously exciting and frightening. Amazon’s transactional AI enables it to make insane profits. Its algorithms are fine-tuned each year as more data is acquired. Their ability to predict just what we’re interested in buying, what we think we need, based on our online behaviour, is scarily accurate.

Netflix, similarly, is the world’s most valuable media company because they have developed highly effective algorithms which help consumers discover new shows and films, keeping them in front of the screen for longer and less likely to forgo their subscription. Watchers provide Netflix with information about which genres they like and rate shows they have seen. Data is also collected from the customer’s searches, the date the show was watched (and whether it was re-watched), the device on which it was watched and when the program was paused. The recommendation system used by Netflix is said to influence 80% of the content subscribers watch on Netflix. 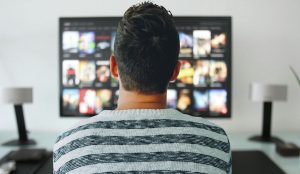 Every choice you make on Netflix is stored as data

Traffic accidents are one of the main cause of permanent disability. In 2018, the UK saw nearly 200o road deaths and over 25,000 people seriously injured in traffic-related incidents. Autonomous vehicles which operate through AI could help reduce the number accidents and could also address issues such as driver safety, fuel economy and traffic reduction.

Creating driverless cars on a mass scale is no easy feat. Developing AI capable of understanding the driving environment and responding with split-second decisions requires a huge amount of data to be taken in by various different sensors in the car. This will necessitate an extensive amount of training for the AI network. We might be a long way off, but autonomous vehicles could have a really incredible impact on driver and pedestrian safety, the global economy, the environment, and quality of life.

A pioneering trial which assesses the viability of eggs and embryos for IVF treatment using AI has very recently been launched. The AI is programmed using patient and environmental data, videos and images to make the selection. A clinical paper suggests that this method is almost 20% more effective than if humans made the selection. This could improve IVF success rates and the time saved can be spent on other important research and practice. 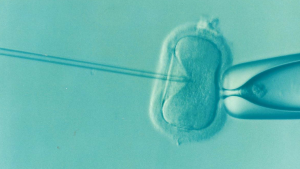 IVF success rates could be improved by 20%

AI could revolutionise recruitment by improving the efficiency, fairness and quality of the hiring process. AI can utilise analytical processing of big data, a much more effective means of sifting through candidates than individual observations which take up time and resources. This applies pretty much across all sectors of recruitment and headhunting ranging from a commodity headhunter to less industry specific recruiters and headhunters. AI software could also design tailored interview questions for candidates with a focus on exactly what the company is looking for in terms of skills, experience and personality. AI would also ensure the hiring process is blind to race, gender, or ethnicity, factors which can subconsciously (or even consciously) cloud a hirer’s judgment.

Yes, AI can even be used to generate the perfect scent. A partnership between German fragrance house Symrise and IBM Research was established in 2018 and they have created a new method of developing perfumes using AI. A dataset consisting of existing fragrance formulas and sales data is utilised to decipher which type of people buy each fragrance. The data is then used to create new concoctions which target specific demographics. 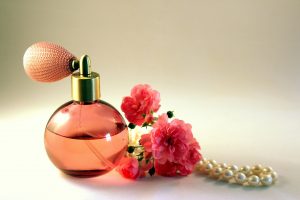 AI holds a lot of potential for future improvements in medicine, business the working world and quality of living – but there is a balance to be struck. AI is a very recent phenomenon, and we don’t quite understand its dangers and limits. The AI takeover which Yudkowsky and Tallinn fear is not the only worrying path this technology could take.

The mass harvesting of data could have nightmarish consequences if it gets into the wrong hands. And perhaps we should take a step back and question whether it’s a good thing that Amazon uses AI to make us buy more and more things we don’t really need, or that Netflix’s business model is based on encouraging people to watch as much TV as possible. AI-powered services can help different professions make their work way more effective and better. For example, thanks to audio to text converter such as Audext, you can transcribe your meetings, lectures, podcasts, interviews, and lessons, and make it more efficient for everyone. Moreover, part of the appeal of the aforementioned uses of AI is how they save time and resources. This can be hugely beneficial, but we should also remind ourselves not to lose sight of the importance of work, effort and drive – it’s what makes us human.