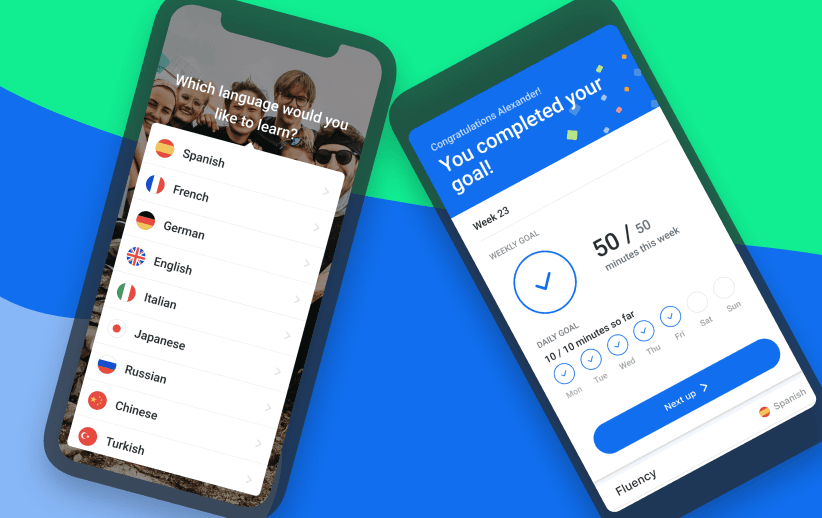 A new academic study into the efficacy of Busuu’s digital language learning offering highlights the rapid and significant improvements learners can make when combining its self-paced app and Live Lessons with online teachers.

The study, led by Dr Roumen Vesselinov at the University of Maryland, examed the progress of 113 randomly selected learners who committed to studying with just Busuu for a two-month period. Participants included both beginner and intermediate level learners of Spanish, who used a combination of Busuu’s app and Live Lessons for a minimum of two hours per week. They were assessed both before and after the study period to measure improvements to their language proficiency.

Compared with the average college semester in the US, participants demonstrated improvements in their language skills in a significantly shorter period of time (28-76 hours on average, depending on their initial placement).

Other key results from the study include:

Commenting on the study’s findings, Busuu’s Chief Learning Officer, Kirsten Campbell-Howes said: said: “Needless to say, we’re incredibly proud of the results of this efficacy study. We’re proud to offer a superior method of learning a language that reflects the way the world learns today. We believe that the combination of Busuu’s self-paced courses, our community, and access to online teachers, all powered by AI, are the key ingredients to providing the best way to learn a language.

The full published study can be found here: http://comparelanguageapps.com/documentation/Busuu_Efficacy_Study_2021.pdf