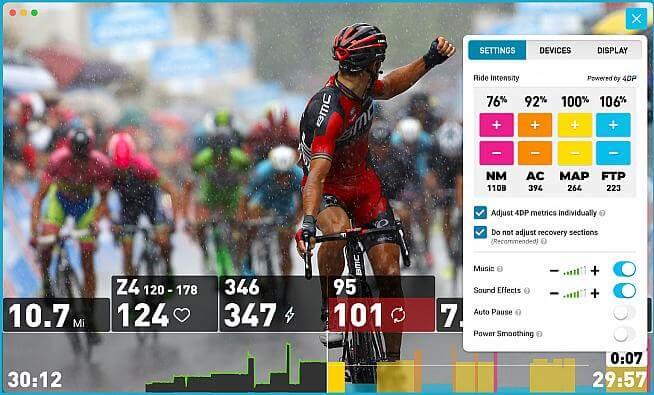 The Sufferfest is a training app for cyclists, runners and triathletes that works with macOS, Windows and iOS. The company was founded by David McQuillen in 2009 and the app launched in 2016. It was acquired by Wahoo Fitness in July 2019

The Sufferfest is a training app for busy cyclists, runners and triathletes that provides complete training plans for endurance sports. Its plans combine cycling-specific workouts with yoga, strength and mind training for better results and a more complete fitness experience. The app is famous for offering cycling workout videos to make virtual indoor training less boring and it works, at least for cycling, with smart turbo trainers.

It has a library of more than 50 downloadable training videos of real-terrain bike riding and racing to go with its structured workouts, including WorldTour original footage, where the user finds himself riding with the peloton during race day. All videos are accompanied by music. In each structured session, the rider works his way through a series of blocks at different intensities, while getting feedback on his performance with real-time metrics and text prompts, including technique and training tips along the way.

Each activity recorded through The Sufferfest is saved and stored on the user’s Passport, which is designed to keep track of past workouts and related-analysis, general progress and stats. The app also connects to other sports-specific apps like Strava, Garmin Connect and TrainingPeaks for data sharing and networking. 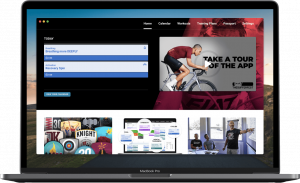 The Sufferfest measures the athlete’s personal fitness level in a different way compared to most indoor training apps on the market. Instead of using the traditional Functional Threshold Power (FTP) test to design tailored workouts, the app has come up with a method called Four-Dimensional Power Profile, or 4DP, which was developed in collaboration with coach-to-the-pros Neal Henderson. The technology, which consists of a particular fitness assessment and a power-target algorithm, is able to create the user’s 4DP profile in around an hour, identifying their specific strengths and weaknesses, and crafting any future workouts around those.

The test is based on four performance metrics: neuromuscular power, which is calculated through sprinting and neuromuscular coordination, maximal aerobic power, measured while the rider’s pedalling at high power for a few minutes, the classic FTP test, and anaerobic capacity. Following the 4DP test, the app assigns its users one of six rider profiles – sprinter, attacker, pursuiter, time trialist, rouleur or climber and builds rider-specific workouts, dividing them into eleven workout categories, including base training, climbing, drills, recovery and endurance.

The Sufferfest can be used through a monthly or annual subscription, which cost respectively $14.99 and $129.