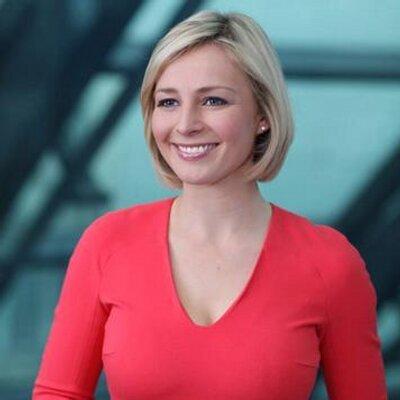 Meet Caroline Hyde, a London-based and talented broadcast journalist, who specialises in technology and business news coverage. From December 2016 , Hyde has been an anchor for Bloomberg Technology in San Francisco until May 2017. From May onwards, she continued to co-host the show from London. In total, Hyde has been actively involved in the broadcasting industry for over 8 years.

For a bit of background, Hyde was educated at Oxford University and gained a masters in Politics, Philosophy and Economic (PPE). Upon graduating, Hyde joined London’s Moorgate Group to work in Public Relations as a debt market specialist. She would be managing campaigns for big names such as Lloyds Banking Group and Standard & Poor’s.

Later, Hyde joined Bloomberg in 2008 where she was covering the European debt markets for Bloomberg news as a corporate finance reporter. The main areas covered were company loans and bonds, as well as sovereign debt.

In 2011, Hyde moved onto TV. She has interviewed a host of political and economic leaders. To name drop a few, she has interviewed the likes of the Ford Chairman Bill Ford, the Unilever CEO Paul Polman, the WPP CEO Sir Martin Sorrell, the CEO of EasyJet Carolyn McCall and the Secretary General of the OECD Jose Angel Gurria.

Moving onto 2016, she anchored ‘On the Move’ from Berlin where she continued to interview very important figures such as Angela Merkel’s Chief of Staff Peter Altmaier and the CEO of Volkswagen CEO Matthias Muller. 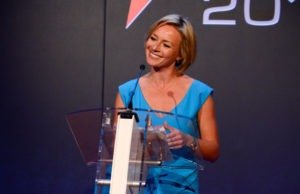 Hyde has been featured as an author on such outlets as the Huffington Post, The Independent and The Memo. As well as writing, Hyde has been a guest speaker for a variety of places and conferences. Notably, she was a guest speaker at the NOAH Conference in Berlin in which she hosted in a Q&A session for Oliver Samwer, Founder & CEO of Rocket Internet.

In 2016, Caroline Hyde had the honour of being shortlisted for Woman of the Future Award in Media. The Women of the Future Awards are a platform for successful woman in the UK. Having been going for 12 years at present, the awards aim to give women across a diverse variety of sectors the recognition they deserve.

Caroline Hyde has long been a supporter of Broadmined, which is a women’s professional network which organises inspiring talks, practical advice and an environment in which women come together to support and learn from each other.