Conveniently Browsing on the Move 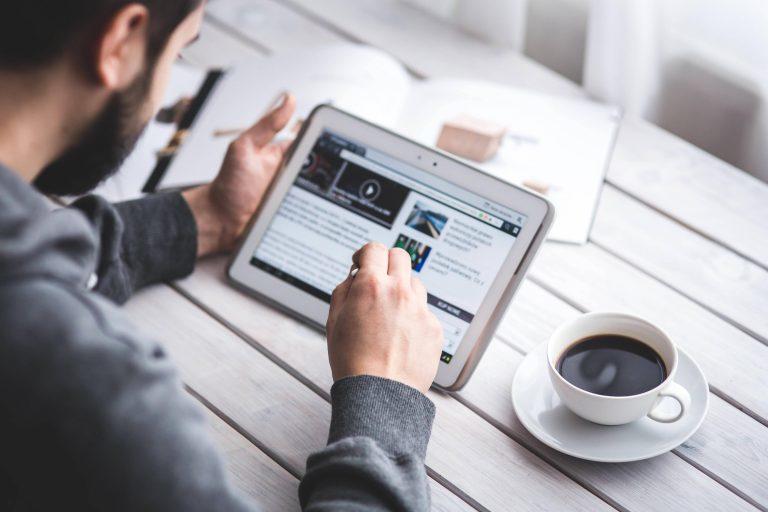 In years gone by, the most popular route for reading anything from the day’s news, to magazines and guides was paper publications. From newspapers to magazines to small and handy pocket sized guides, you could find and buy almost everything. However, times are continuously changing and we are becoming a busier world with less time on our hands, yet wanting to acquire more information than ever, with ‘browsing on the move’ becoming more common than ever.
Chances are, if you step foot in any startup business around the world, you will see a mixture of PCs, laptops, tablets and paper all being used for varying purposes. Is this a sign of things moving towards mobile browsing or does it show the consistency and reliability of PCs?
The advent of the personal computer (PC) in its day was one of the greatest technological advances to date. We were no longer limited to the confines of pen and paper or a typewriter. Things could be different; a mistake was no longer permanent and the concept of saving and computing items and documents like never before has revolutionised our lives.
PCs advanced rapidly and by the 2000s were a mainstay in most households. They could be used for anything from typing a simple document, to playing games, to viewing images and much more. Hand in hand with the internet, the PC became indispensable. It was and remains hard to think of a household or property that has no PC or laptop computer. As time progressed further, more and more people saw their PC browsing and usage shift over to laptops.
Lightweight, powerful, transportable and at times very fashionable, laptops allowed populations to work on the move in the same way which they had for decades; by a desk. The difference was that laptops had chargeable batteries and could be used anywhere.
In more recent times though there has been another major shift in society and the way we browse, compute, read and discover has yet again changed dramatically.
Research agency Gartner Inc. have documented falls of more than 9% in the number of PCs sold in the first quarter of 2016 and this trend shows no sign of abating.

It is no secret that today; people are busier than ever, leading lives more hectic and work filled than ever before. The concept of being confined to a single location in order to be able to work, browse the internet or go shopping is something that is incomprehensible today.
We have moved from browsing on laptops and PCs, to using tablets and mobile phones for a number of reasons. This shift towards more convenient, personalised browsing has meant that the PC industry has been in constant decline. That isn’t to say that the once humble PC will die out though. There are professions and places where PCs will always be a mainstay, which can simply not be substituted.
However, for the vast majority, whilst laptops are a modern day necessity rather than a privilege, tablets have slowly but surely encroached on the monopoly that PCs and laptops once had in the world of browsing and all things internet and digital.
But why has the position of laptops and PCs changed so rapidly and why would we go from what we know to pastures anew?

Living in a World of Convenience

Our jobs and our daily lives in general move at a much faster pace than in days gone by. Gone are the days of having to browse through catalogues to find a desired item, or having to go to an internet café to check an email. All of these things can be done in a few ‘clicks’ straight from our pocket, handbag or rucksack.
Tablets and smartphones are to the internet, what cars are to transport. Nothing is out of our reach anymore and if we need something instantly, the powerful combination of a smartphone or tablet plus the internet facilitates.
What’s more is that with more Wi-Fi hotspots than ever and with more and more mobile network providers providing quick 4G services to help those browsing on the move,there is less reason for internet users to look for a computer when browsing. There are fewer and fewer reasons for us to look further than our phones and tablets. UK based communications watchdog Ofcom has suggested than the introduction of 4G services has turned the UK into ‘…a smartphone society.’
Such is the importance of mobile browsing that China has recently trialled ‘smartphone lanes’ on pavements to allow for people using smartphones to avoid bumping into other pedestrians whilst browsing. While that is an extreme example, the principle is clear; mobile and tablet browsing is here to stay.
Such is this feeling that technology giant Sony sold off its VAIO division, as they look towards a more mobile friendly future.

Going but not Gone

There will always be a place for PCs and desktop computers. After all, many offices, government buildings and secure locations cannot afford for someone to remove a laptop or tablet from their premises and the security provided by a desktop is almost unrivalled.
Also, with desktops often offering larger displays, increased personalisation potential and a degree of permanency, they won’t completely disappear. They’re here to stay, but in what capacity remains to be seen.