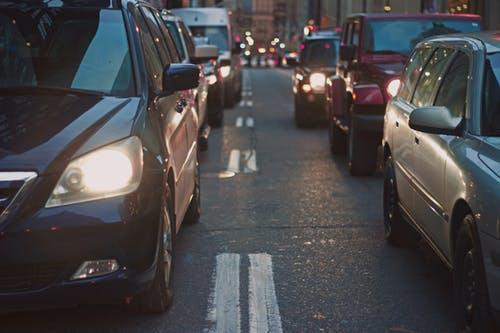 Drivers in the UK may soon be able to better plan ahead with their journeys, reducing time spent in traffic jams and idling in their vehicles. In what could perhaps be a taste of some of the regulatory changes to come after Brexit, new reductions in regulations around road and traffic data are being considered. These changes will allow road users to be able to know about roadworks, planned repairs and carriageway maintenance in advance.

Using Artificial Intelligence (AI) and increased access to data for the UK road network, road users will see their navigation apps given increased access to the much-needed data, allowing drivers to be aware of planned works and maintenance up to a month in advance.

The current legislation around Traffic Regulation Orders (TRO) does not allow this foresight, using data to help drivers better navigate the UK’s road network. At a time where the European Union (EU) is talking about restrictions around the use of AI and increasing regulations around otherwise lawful data use, on top of the current GDPR laws, giving drivers and navigational technology the data we all need is a breath of fresh air.

We are living in a time where data is everything, from social media, to marketing campaigns, political advertisements and even facial recognition, data used properly and sensibly has the potential to unlock great opportunities. We know that technology in vehicles assists drivers such as in cases of parking technology and safety features, so why not reduce congestion through technology too?

New Opportunities for the UK

Coupled with the recent outage issues with the EU’s Galileo programme and satellites, this data law change represents a real opportunity for the UK to demonstrate the benefits of sensible data management rather than blanket restrictions, laws and regulations.

At a time where consumers and drivers are being pushed into buying electric cars to lower carbon emissions, by reducing the amount of time drivers spend sitting in traffic, there are clear environmental benefits to be had.

Rather than mooting the idea of banning all petrol vehicles and outlawing the use of diesel in industries where it is badly needed, such as road haulage and heavy goods transport, allowing the roads to run more freely, by utilising traffic and road data, emissions in the UK can more than likely be further reduced. This will help many already squeezed drivers from having to pay to scrap their current vehicle and go out and buy a new one unnecessarily.

The Minister for the Future of Transport, George Freeman said of this potential law change: “As a road user, there is nothing more frustrating than discovering roadworks and getting stuck in traffic jams [and] today’s announcement will help open up data, reducing congestion, pollution and frustration for road users.”

This review of legislation is part of the UK Government’s Future of Mobility Grand Challenge, which is assessing whether current legislation around mobility is in fact fit for purpose and whether it needs reforming and, in this case, relaxing.

At present, there are around 50,000 road closures per year in the UK, with fewer greater frustrations than being caught up in a sporadic road closure or ‘planned maintenance works,’ leading to endless queues of traffic for hours on end.

Reduction in Regulation, an Increase in Productivity?

At a time where the UK needs to boost productivity, opening up the opportunities that the UK’s road network has to offer through a change in data restrictions seems like an effective way to increase worker productivity. There are many benefits to be had here. For commuters, not having to hang around in as much traffic will boost peoples’ moods, which in turn will increase their work productivity.

For delivery and professional drivers, taxis and those working in haulage, being stuck in less traffic less of the time, whilst simultaneously having the ability to plan and better navigate the roads, means a more efficient delivery of services. When it comes to holiday time, by knowing when and where planned works are scheduled to take place, drivers can better plan their journeys, benefiting other road users as well as themselves.

Data use has become very heavily regulated in the EU and therefore in the UK. However, this refreshing change may be the start of what is to come after the UK exits the EU. Rather than recession and depression, it may in fact lead to the unlocking of elements of the UK economy, through better not more regulation.