Drone Owners in the UK Could Be Flying Illegally 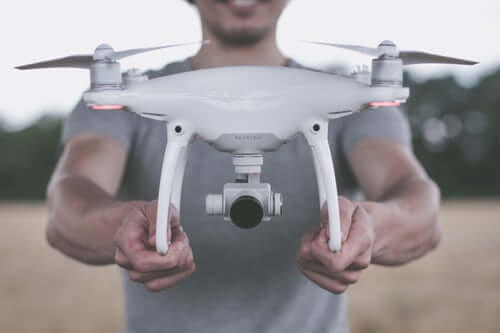 Data from the Civil Aviation Authority (CAA) suggests that as many as 80,000 people in the UK could be flying their drones illegally, due to a change in legislation that came into force on the 30th of November. Despite the fact the law change was announced months before it took effect, the online registration system only went live a few weeks prior to the change — immediately crashing when thousands of clued-up owners went to register at the same time.

Whilst uptake on registrations was high enough to temporarily break the website that reportedly cost millions to make, way over 50% of drone owners in the UK haven’t yet registered. This means that they’ll be breaking the law should they fly their drone, facing a fine of up to £1,000 for doing so.

Dronesvilla say that many of the recreational owners that this law targets aren’t even aware of the change.

Whilst the ruling has been mentioned online across various technology sites, it never really hit the forefront of mainstream news such as TV and radio, meaning the average drone owner has been left unaware. It’s fair to say that the majority of the sign-ups on the CAA website has so far been from enthusiasts, rather than hobbyists.

The new law around drone ownership states that anyone owning a drone that weighs 250g or more (spoiler: this is most drones that aren’t tiny kids toys) must register themselves as a drone operator. Once registered as a drone operator, the owner will receive an Operator ID that can be used across various drones — so it’s very much a case that the person has to be registered, rather than the device.

This means that people are now legally accountable for what happens with their drone even if it’s not them that’s flying it. You have to be 18 or over in order to register, meaning children require a responsible adult to be the legal owner of it. Operator IDs cost £9-per-year.

This isn’t all. Everyone that flies a drone of 250g or more must have a Flyer ID. To receive a Flyer ID, drone pilots must have passed an online multiple-choice exam. Those under the age of 13 must have adult supervision whilst completing the test. Whilst this adds friction to the drone-flying process, at least this part is free.

Many drone owners will be surprised by this and undoubtedly many will find it an inconvenience. However, it does add more security to an industry that has caused a few disruptions so far, and could even help owners be tracked down if their drone is lost — Operator IDs must be present on all drones being flown. Use stickers.

Artificial Intelligence Driving the Next Generation of Jobs in the UK