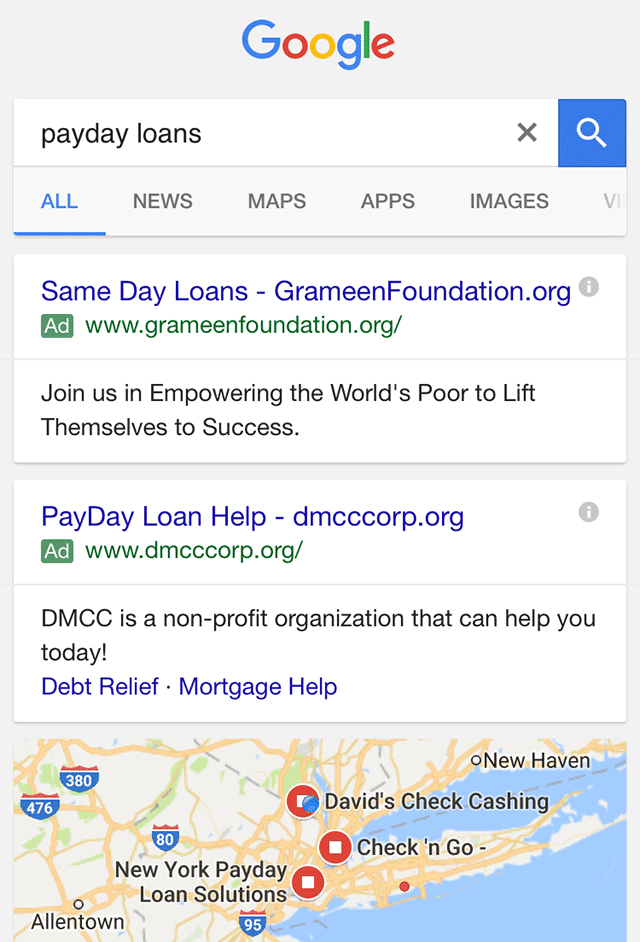 On 11th May 2016, Google announced that they will be banning PPC adverts for payday loans, putting the high-cost loans under the same naughty list as firearms, tobacco and recreational drugs.
The decision by Google was made to protect consumers worldwide from ‘high interest loans,’ specifically those that are due within 60 days or have an annual percentage rate of more than 36%. However, this does not include the likes of mortgages, car loans or student loans, as stated in their policy.

Whilst the release date for the policy change was set for 13th July 2016, several payday lenders, brokers and search engine marketers waited eagerly to see the update – but to no avail.
Looking at the search results today on Google.co.uk, almost a month later, there are still paid adverts in the ‘payday loans’ adverts appearing for both brokers and lenders. 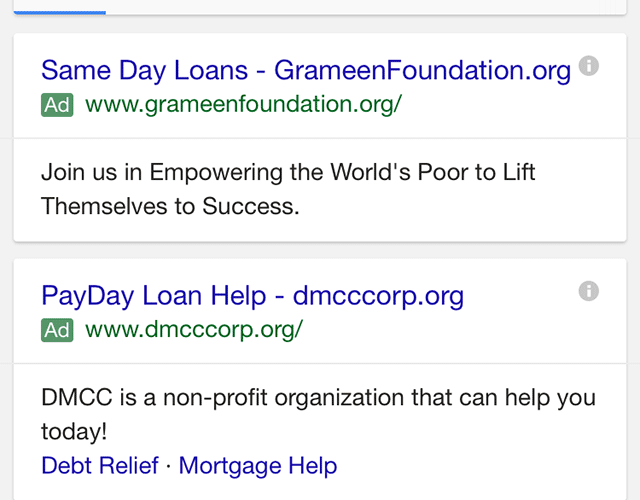 An article in Search Engine Roundtable shows that the changes are slowly being rolled out across the US, with companies offering payday loan alternatives and debt relief displayed in the adverts. However, the user comments that follow on the page explain that in different parts of the States, the new policy is yet to become manifest. 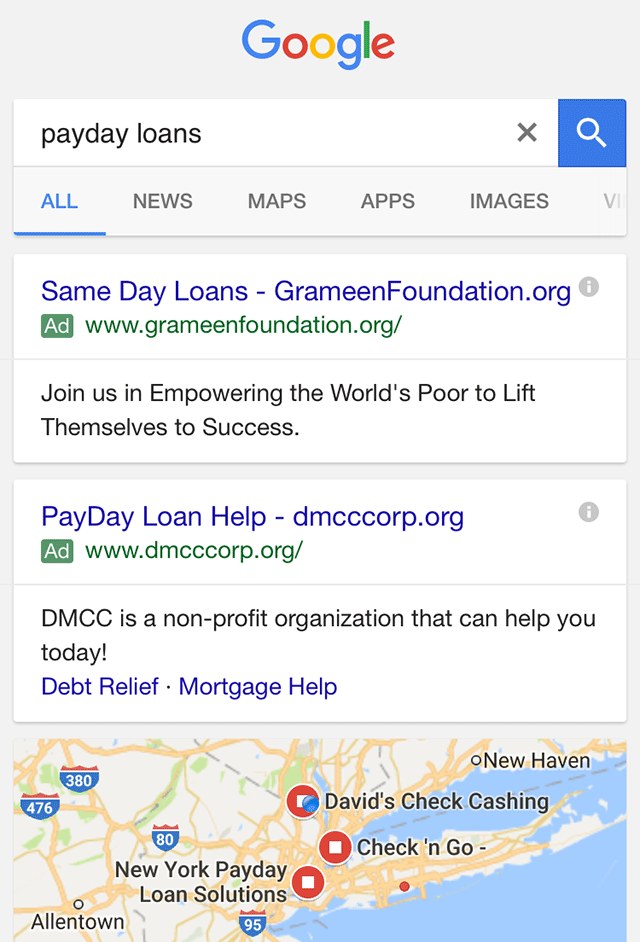 Google will eventually complete the implementation of their PPC update, but whether it will remove paid adverts in total or allow alternatives and debt solutions to advertise instead is yet to be seen.
With over 200,000 searches per month for ‘payday loans’ in the UK, the removal of paid adverts is bound to have a profound impact on the £2 billion payday loan industry in the UK – creating a huge barrier to entry and affecting those that rely on paid ads because they do not rank organically.
As lenders wait on tenterhooks to see how this will impact their business, it also begs the question whether instalment loans will become the new payday loans. With pressure from the regulator to move away from the negative association of the word ‘payday,’ there are more and more lenders extending their services to 3 and 6 months loans.
So we are likely to see some interesting changes to the payday loan industry in the forthcoming months, although it might become the instalment loan industry before we know it.

Is Cryptocurrency a Gamble?