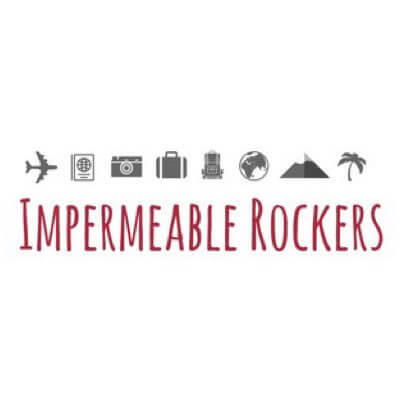 We recently caught up with Alex and Sophie, the 20-something year old couple living in London and the innovative founders and successful Instagram-ers who are regularly found behind the lens of the camera of @impermeablerockers.
So Alex, what is Impermeable Rockers all about and what inspired you to start the account?
The account started as a bit of a joke/bet with my sister. My brother had mentioned that he has a twitter page where he posts 2 cool companies or apps a day (check him out at @2companiesaday) and had a hundred or so followers. My sister and I then decided we would compete on Instagram and so, as a geography student at the time, I started a geography/nature account, whilst as a fashion student, she began a fashion page. 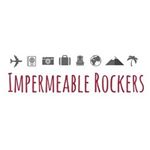 Growth was slow at the start but eventually it picked up (I soon left my sister behind) and my account developed along the way. Now it has transformed into more of a travel account where we share our photos from our various trips, each one with its own story, and give travel tips and advice.
Who is the brains behind it all?
I started and run the account on a day-to-day basis but Sophie helps with photo selection, the captions and, probably most importantly, the actual trip planning.
Did you ever envision having this many followers – You’ve accumulated over 20,000?!
To be honest, no not really. It was just a hobby that I was doing on the side while in university but as time passed I slowly but surely started to pick up a following and then started to take it more seriously. It got a lot easier as the account started to grow exponentially. It took almost 2 years to get to 10k and has now taken just 3 months to get to over 19k followers.

Thank you to each and every one of you 20,000 people for taking the time to check out our page and like it enough to follow! And for timing it perfectly with bank holiday weekend, allowing us to celebrate in Scotland in style ?? Here is us sitting atop Arthur’s Seat looking over a beautiful sweeping vista of Edinburgh. We were blessed with glorious sunshine, 28 degrees and with it unfortunately, like any good British tourist, some wonderfully red matching burns too! We have many more photos of Edinburgh and tips to share but in the mean time are busy exploring the magnificent highlands… We will as always keep you posted – thank you again for your ongoing support and happy bank holiday!

What is the secret to your success?
Its genuine. The photos are almost exclusively all taken by us (other than the odd features), and we try to tell a story in each image – where we were, what we did and so on. We also try to always leave tips and advice for anyone that might be planning a visit to the place in the photo caption. We’ve seen so many accounts where all they do is post other people’s content and often don’t even add any information in the caption or where the photo was taken so I think in that way we do stand out.
Would you say that Instagram has unlocked doors for you that you ever thought possible before starting the account?
It definitely has. We haven’t really used it to its full potential yet but I would never have imagined being taken around one of the fanciest hotels in St. Moritz for a tour and some afternoon tea on the house, and being offered all sorts of deals for our upcoming trip to Scotland, simply because of our account. Hopefully as it develops further, we’ll be able to collaborate with many more hotels, travel related companies etc. so that we can pass on valuable advice to our followers.
We hear all the time about travel bloggers and people with thousands or millions of followers making the most out of their followings. How do you engage with your community?
Engagement is what I find to be the toughest part of it all. As an account grows, more and more people follow simply because it’s a large account, but they don’t necessarily engage more. I think that people tend to engage most with people they know or have a personal connection with, and as an account grows you lose that small community feel it has, and often your engagement takes a hit as a result.
There were posts back when we had far less followers that received more likes and comments than some of our more recent ones. We try to engage our community by adding the personal touch in our captions, telling the stories of what happened in each photo. We also try and engage by ending captions with questions and encouraging people to get in touch if they want any further tips or information.

A post shared by Impermeable Rockers (@impermeablerockers) on May 4, 2017 at 3:14pm PDT

With the likes of The Body Coach and others exploding onto Instagram, what do you think is the reason behind it being a ‘make or break’ platform and do you think it’s superior to other platforms?
I think Instagram has done a great job of always keeping up with what’s popular and trying to stay ahead of the other platforms. It’s become a sort of all-round social media application. When it was losing traction due to Snapchat and some other new platforms, its simply incorporated similar features (such as Stories to compete with Snapchat & short videos to compete with Vine), which offered users everything all in one place.
It is especially useful for brands, with its huge growth and even distribution of male and female users, most of whom are authentic (Instagram often ‘cleans’ up its user base to remove any fake accounts). Also, content sharing in the form of photos allows for a lot of creativity. Although we are yet to use it, the advertising option is a huge plus as you can target a very specific audience with posts that will seamlessly appear on users’ home feeds as if they are posts of people they follow.

We haven’t used a lot of the other platforms out there but the ones which we have don’t seem to have the same community feel to them and are a lot harder to create an online presence with. Our positive experience with Instagram has meant that we haven’t felt a need to use other platforms much. Having said that, be sure to follow us on Facebook and Twitter too (Impermeable Rockers page & @Impermrockers)!
How would you differentiate Instagram from platforms like Pinterest, Twitter and Flickr?
As I said, I don’t really know enough about most of the other platforms. I find twitter is great for engagement and one day when we have a website it could be a lot better for sharing links to posts and driving traffic to our site. But for now, as we’re mainly sharing photos, Instagram is more appropriate. We also have a Facebook page but it’s difficult to grow a following there without paying for adverts, which at least for now we’d rather not do. It’s also something to consider for the future.

Where do you see Impermeable Rockers going in the future and what are your plans?

I really hope we can just keep growing our community and continue to travel and show people the incredible world out there. The more we travel, the more we realise how little we’ve seen. I’m hoping we can come up with some ideas to make our account more niche and unique. Once we have a large enough following, we’d like to launch a travel website with a blog and itineraries for the places we’ve been.
So many of the online travel websites today give so much general detail and every possible thing there is to do in a place that you end up more confused than before. I hope to give more specific tips to really help people who struggle to plan trips or simply don’t have the time. From there, who knows where we’ll go next. We’ll see where it takes us.
What would you say to aspiring Instagrammers out there, to take on board to get started?
Make sure to enjoy it and just be yourself. If you’re doing everything just for the likes then you’re unlikely to get much pleasure out of it. Don’t feel pressured into just doing what other accounts do, or posting content just because it’s what you think people want to see (although it is important to pick a theme and try and stick to it). It may take time at the beginning but don’t give up, at some point, if you’re sharing good genuine content, it will pick up and grow.
Where next?
Scotland for the upcoming Bank Holiday weekend and then hopefully Cuba in the summer!

Getting Social with Socially

Interview with Curve-Founder Shachar Bialick – The Rebundling of Fintech

Interview with Michael Seres, Founder and CEO of 11Health