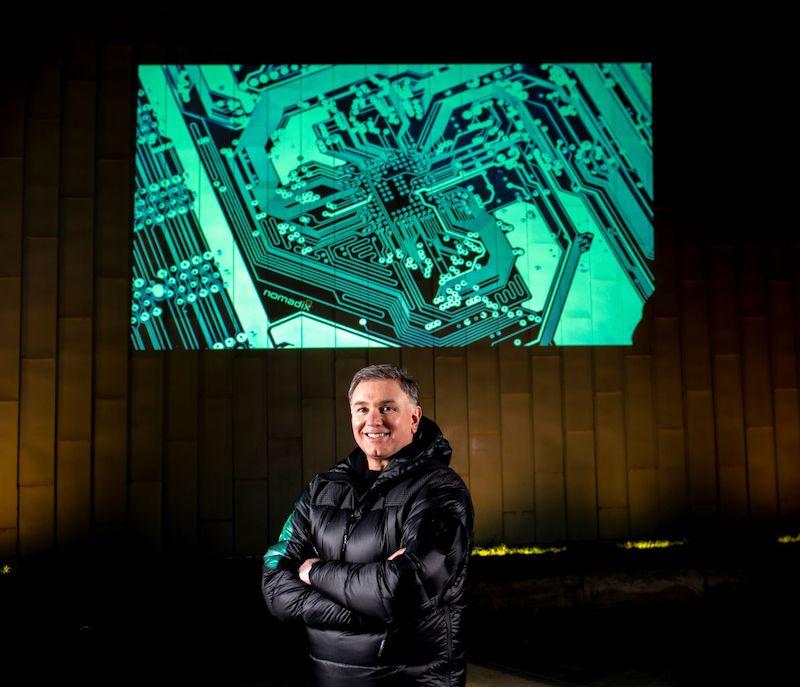 In the 1968 film, Chitty Chitty Bang Bang, the Child Catcher is a scary villain who snatches and imprisons children by enticing them with free lollipops. The moral being – beware – some things are not what they seem.

I believe the same is true of the Metaverse. Innovation and invention create amazing possibilities – and the Metaverse is being marketed as technology for human progression. A place to accelerate virtual and augmented reality experiences.

But there’s a dark side to the Metaverse that is all about harvesting our biometric and behaviour data for profit – and potentially exposing our children to harm.

What Is the Metaverse Anyway?

American writer Neal Stephenson coined the phrase Metaverse in his 1992 science fiction novel, Snow Crash. He portrays the Metaverse as a successor to the internet, a shared virtual world where users can create their own avatars and escape bleak reality. The protagonist – a pizza delivery guy – becomes a warrior prince. There are amusement parks, shops and offices – and players can buy and develop virtual real estate with real money.

The development of VR and AR technology has made this vision a reality and, with online multiplayer gaming already seeing huge global growth, it’s a big deal for Big Tech.

Sony is marketing the “next generation of VR gaming” on its PlayStation 5 and is buying games developer Bungie for $3.6 billion.

Microsoft has said that gaming will be a big part of the Metaverse and has paid $68.7 billion to buy video game developer Activision Blizzard. And Facebook has changed its name to Meta and is investing $10 billion in AR and VR development. This includes rebranding its VR headset from ‘Oculus Quest’ to ‘Meta Quest.’

It’s All About Data

Facebook, now called Meta, plans to go beyond gaming and bring the Metaverse to all aspects of our lives, including fitness, the workplace and social media. It will be a place where we go to meet, work, play, study and shop.

Big brands are understandably salivating. For them, the Metaverse is an opportunity to build brand loyalty and boost their profits. They will thrill users with, for example, amazing virtual branded events, concerts and even opportunities to hook up with celebrities.

Clever developers and behaviour experts will help companies create fun and exciting things to do, to draw users in – like those fabled lollipops. Agencies will make millions from selling Metaverse advertising space to their clients. And every move we make in the Metaverse will be analysed by powerful algorithms to create powerful dopamine hits that increase the time we spend away from the real world.

You could argue that human data is earth’s most valuable currency. But it’s a currency we never get to spend – because Big Tech companies are rinsing it for profit.

To me, the Metaverse feels like the most powerful example yet of this dash for deep data – and it’s deeply worrying.

Young people are particularly at risk. The Metaverse is being marketed as a place where anyone can be anything in an interactive world. Big Tech is telling us it’s a safe space where gender, race or disability don’t exist. It sounds amazing, a nirvana-like place, free of real-world prejudice. Who wouldn’t want that for our children?

But here’s the inconvenient truth. If the Metaverse is a place where anyone can be anyone or anything, surely that’s good news for all the Child Catchers out there? For the fraudsters, sex criminals and imposters waiting to groom or take advantage of young people?

If users can hide themselves behind any avatar, your kids may end up interacting with a friendly chatting rabbit or penguin at a cool concert. What’s to say this avatar isn’t a convicted sex offender? After all, the Metaverse is an alternate reality that’s being created by adults, for users including children.

One of the scariest findings I’ve seen – from a global leader in VR research – Jakki Bailey of the Immersive Human Development Lab at the University of Texas – is that children are more likely to do what a VR character tells them – compared to seeing the same character in 2D on TV. Bailey says: “None of the kids asked, What should I be doing? Is it OK if I do this?” They just did whatever they were told.

We’re already seeing the early warning signs. There have been headlines globally about virtual sex parties on ROBLOX, a children’s game reportedly used by two thirds of American nine to 12-year-olds. And on Facebook’s VR social media platform, Horizon Worlds, a woman reported being virtually groped by a stranger.

Is this the Dark Web starting all over again? The murky online underworld of anonymous illegal activity from drug dealing to pornography? We have barely begun to police this in Internet 1.0. A new internet Wild West could be a monster we can’t control.

So regulation is clearly needed. My own view is that, before brands like Nike, Adidas or Disney can make any investment into the Metaverse, there has to be regulation with teeth. We need universal governance that puts checks and balances in place to avoid our children and young people being exploited. I would even go as far as banning the metaverse for anyone under 10 years old.

Opt-in measures and privacy features should be mandatory – and policed with heavy fines and imprisonment as a threat. More importantly, anyone entering the Metaverse space on any platform should be vetted and checked with verifiable ID.

A virtual world that offers escape and entertainment in itself isn’t a bad thing. But it can’t be a place for Child Catchers and their metaphorical lollipops. We owe this fundamental protection to every young person.

Which Industries Are Experiencing the Most Cyber-Attacks Working From Home?