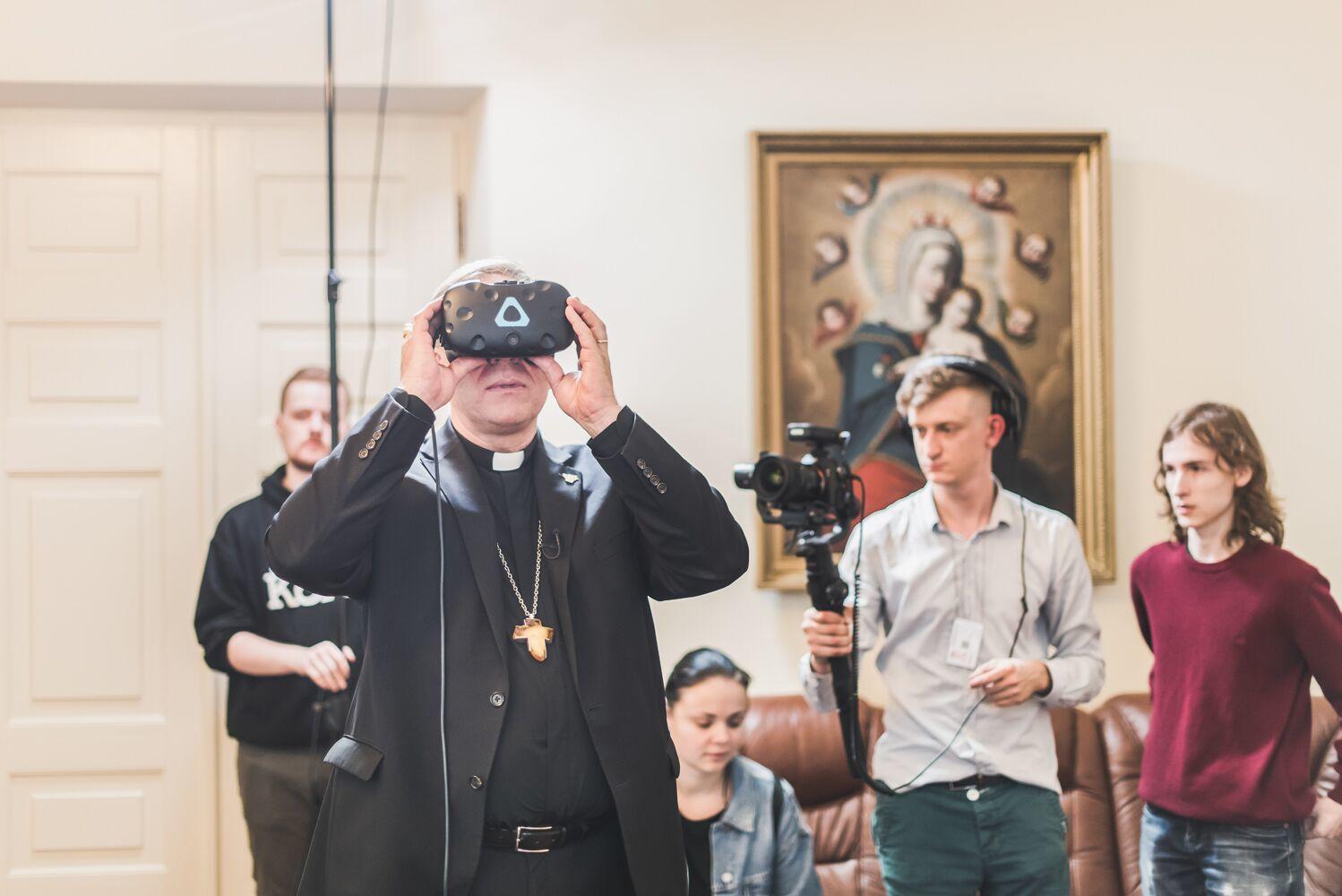 VILNIUS, 21September 2018, With only 24 hours to go until the arrival of Pope Francis, Lithuania’s capital city is hoping to bring religion into the digital age with their exciting new virtual reality project – a 3D version of the Shrine of Divine Mercy, complete with the world-famous image of Divine Mercy. Different versions of the painting can be found in Catholic churches throughout the world, although few know it originated in Vilnius. Pedro López Quintana, Apostolic Nuncio to Lithuania, and Gintaras Grušas, the Archbishop of Vilnius, have already experienced the project through virtual reality.

Vilnius’ Mayor, Remigijus Šimašius, said: “Historically, religion always played a big role in Vilnius. The image of Divine Mercy that originated here has had a huge impact, spreading to churches all over the world. After being hidden for many years during Soviet occupation, the painting now attracts thousands to the city each year. Now, with the help of technology, we hope to bring it back to life again so that millions can enjoy it. It’s an example that shows religion and technology can co-exist, and also perfectly represents how Vilnius is moving into the future with creativity and ingenuity without forgetting about our past.”

The project has been the initiative of Go Vilnius (the city’s tourism and business development agency) and carried out by VGTU’s LinkMenų fabrikas, the innovation and creativity centre of Vilnius Gediminas Technical University (VGTU) with support of Drone Team, a local 3D scanning and modelling company. After successfully carrying out similar projects, including transferring an entire church into virtual reality, or, gifting a nano-sized nativity scene to the Pope for Christmas, the VGTU LinkMenų fabrikas team used cutting-edge technology to meticulously scan every millimetre of the painting and all its surroundings in order to create a virtual environment that mirrors the shrine in every way.

“Each century has found its own way of portraying it. In 1934 in Vilnius, the image of Jesus as seen in a vision by a nun was painted on a canvas. The 21stcentury provides us with new technological possibilities, such as virtual reality, 3D scanning and modelling, which we used in this project,”  said VGTU LinkMenų fabrikas’ Creative Project Manager, Eglė Girdzijauskaitė. 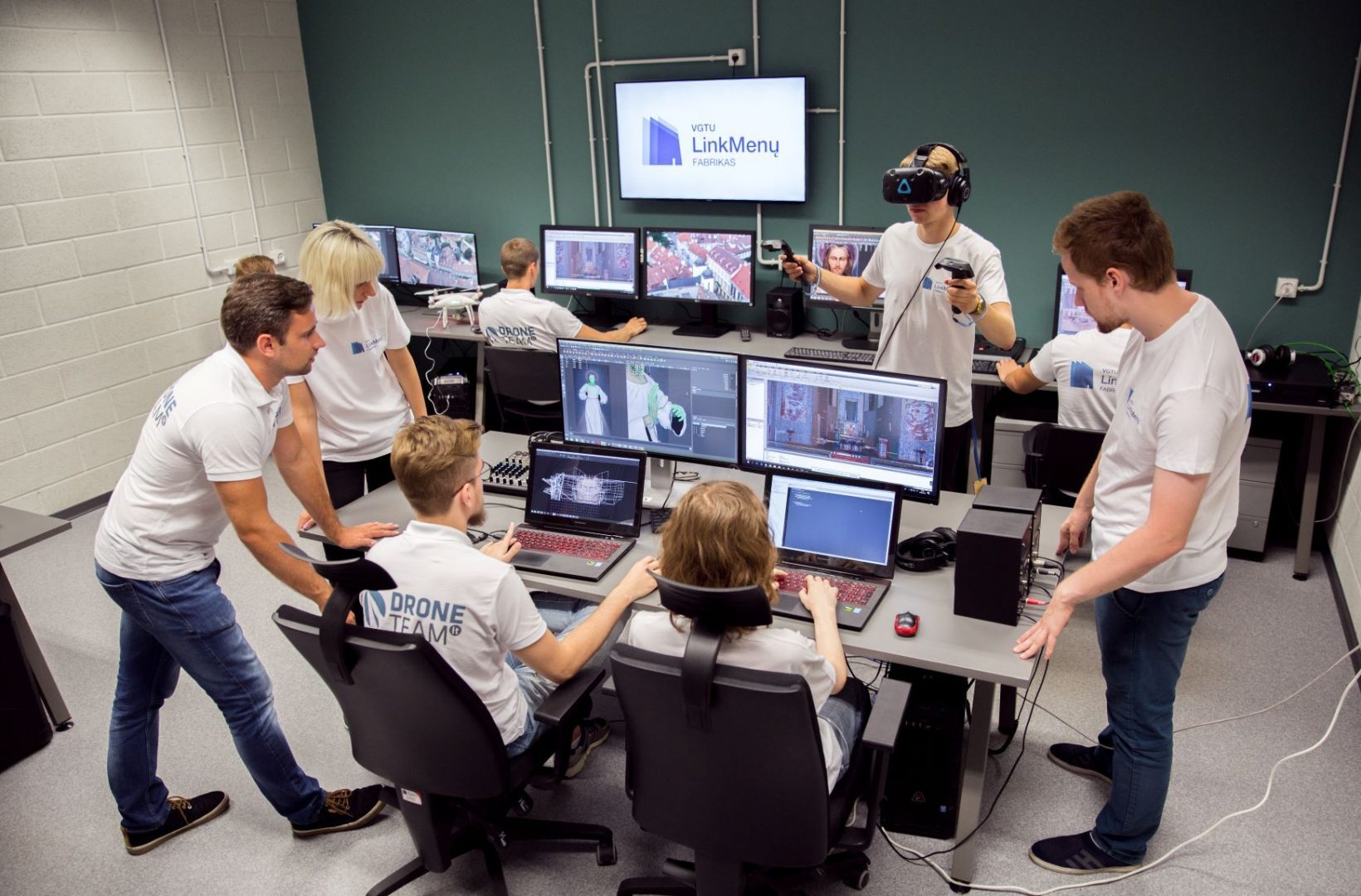 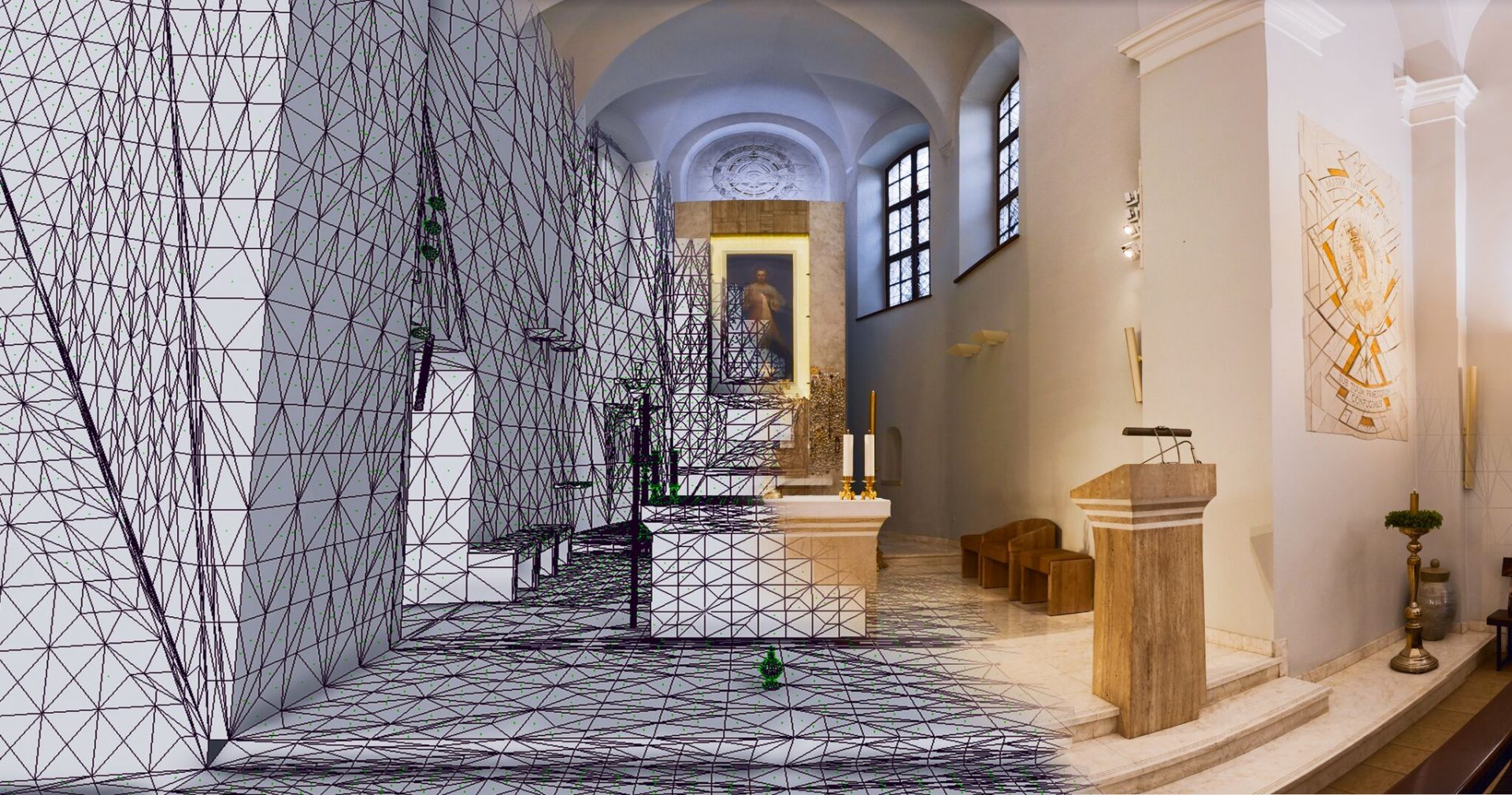 Boasting picturesque churches and narrow cobbled streets, Vilnius is a vibrant city of contrasts. Known throughout the Catholic world as a major destination to pilgrims, Vilnius has embraced the digital age, becoming a hi-tech hub and showcasing its use of innovative technologies in different areas, including religion. Painted in 1934 in Vilnius, the image of Divine Mercy has become an icon for Catholics around the world and is one of the Catholicism’s most sacred treasures, although few know of its Lithuanian origin.

The city has officially unveiled the 3D model on the occasion of the Pope’s visit and is inviting tourists from around the world to join him in taking a virtual look at one of the world’s most important religious paintings. The 3D model is accessible using virtual reality glasses as well as on its dedicated website, and allows believers from all over the world to get as close access to the sacred painting as possible. All possible from the comfort of one’s own home.

The city attracts over 1 million tourists every year, of which thousands are pilgrims. Vilnius has been an important religious destination for over 400 years. With its rich history and unique mosaic of churches, the image of Divine Mercy serves as the ultimate site of pilgrimage in the city, with visitors travelling many thousands of miles to see the painting and ask for blessing.

The 3D format of the Shrine of Divine Mercy is available for the whole world to see under www.divinemercy3d.com.

5 Apps To Check Out If You’re New to Cycling