Polydynamic: Why Digitising The World Is Fast Becoming A Reality 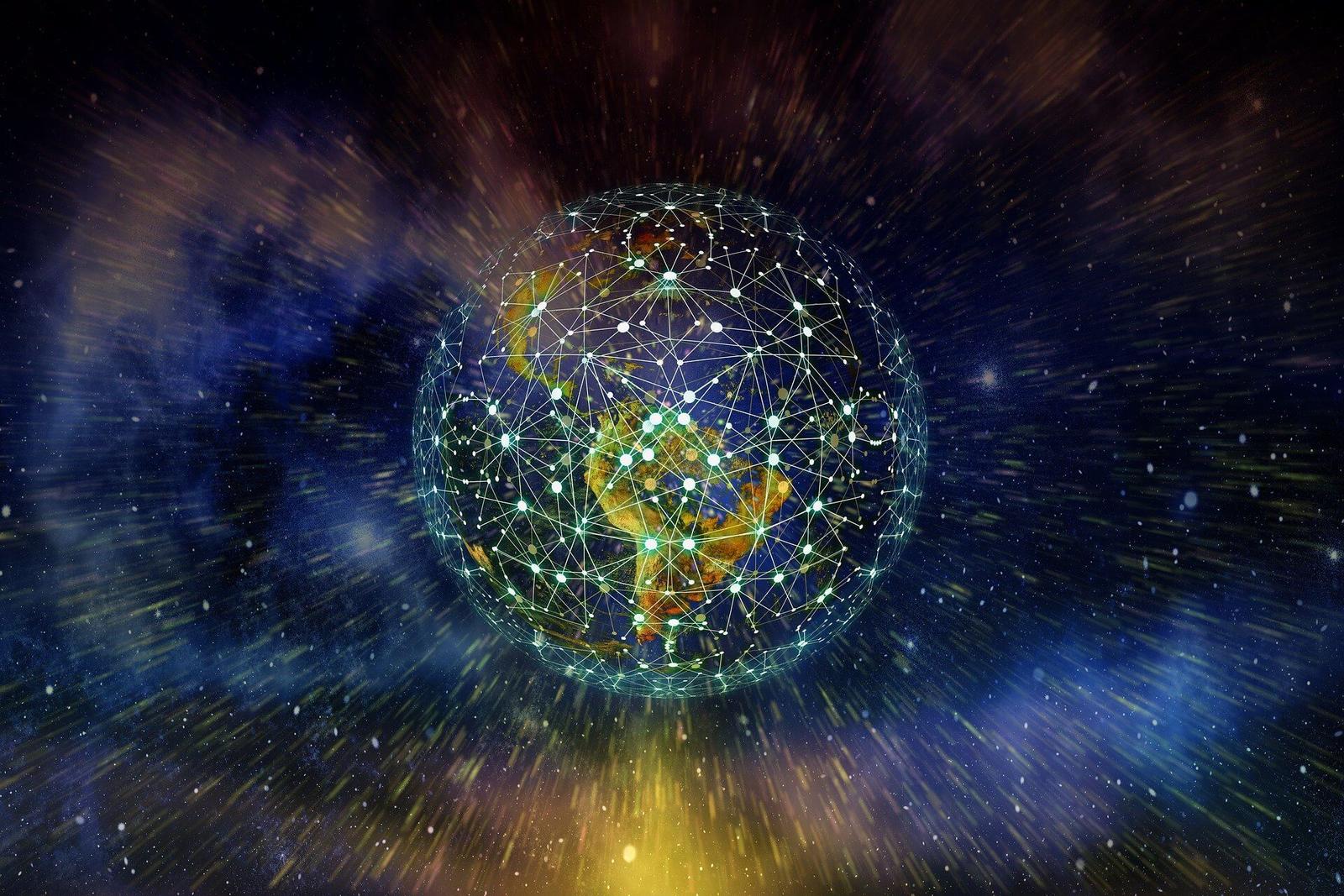 “The world is fast becoming a huge, all-consuming information system. The Internet of Things (IOT) is now an imperative part of the digital revolution that we now live and operate in. It is dictating the world’s economy and with it, unlocking supply and demand. This is creating novel businesses and models, streamlining work processes and with it, reducing costs and risks. How can that not be a good thing?” says Peter Stieglbauer, CEO of PolyDynamic, the German start-up firm with offices in Munich and Leipzig which is promising to digitise the world.

Digital disruption has been on everyone’s lips for decades as multinational companies continue to strategise their business models for their leaders to contend with. Corporates are floundering to keep up and that is when Stieglbauer, a veteran IT expert who managed teams at tech giants such as HUAWEI, UNISYS and FUJITSU-SIEMENS found his lightbulb moment. Three years ago, he decided to form a company which would be lightyears ahead of the corporates and indeed assist them as a new Service Provider for the new digital age.

“Under the auspices of digitalisation, we are on the brink of a completely new world order. We are already seeing a monumental paradigm shift with not just financial and economic institutions, but in social and managerial backdrops and it is obvious to all that those who do not embrace digital transformation will be left behind.

“The requirements for technical solutions necessary within the digital world are sharply increasing for the functioning of businesses or institutions such as governments, NGO’s, or those within the education or non-profit sectors.

That is why PolyDynamic was conceived, to help the world move to digital.”

It was conceived by Stieglbauer and his co-founder, Patrick Tropschug in 2017 and the original plan was to open a games development studio, before they realised what they were putting together was a much bigger enterprise and futuristic gaming, whilst being exciting, was only part of the dream.

Over the course of the next three years, Stieglbauer put together a team of what he calls ‘true nerds’ who lived and breathed technology and who did not see the PolyDynamic as work but as a place for them to harness creativity, knowledge and to find solutions to problems.

Stieglbauer wants his company to set the standards of what can be achieved through teamwork and staff retention. He has already poached many from big corporates where their brilliance was undervalued, with PolyDynamic reaping the rewards.

“Our people are our superpower. The horizontal and simultaneously vertical skillsets within PolyDynamic are insane with their ability to think in new dimensions, we can come up with ideas in lightspeed velocity, from casually talking about relativity theory and the impact on GPS satellite movement. So, even me, a veteran project manager, who has worked in multiple companies and projects, am amazed, daily, by the skillset and brilliance of the employees, and how truly agile they are.”

And is agility to the answer to the question on how PolyDynamic will compete against the big boys such as Stieglbauer’s former employers HUAWEI and SIEMENS?

“At PolyDynamic, we can guarantee very short product development cycles, because we have extremely efficient processes and are living up to the most modern standards of daily efficient continuous improvement (CI),” he states.

And the competition is not the only challenge which Stieglbauer faces, as he has been striving to grow organically, without accepting investment from VC funds, in a country where subsidies are not forthcoming.

Mission to Create a Startup Culture in Germany

“It is impossible for a startup to get subsidies in Germany. You must demonstrate two years of successful trading and revenues.”

Stieglbauer groans about the system in his native country and how it favours the conglomerates over the startups (where an application for subsidies is only allowed if the applicant then ceases to work on the project whilst you wait up to six months for the subsidies to be granted.) “By then, the project will either be dead or no longer valid,” says Stieglbauer.

“If I waited for subsidies for six months and I am developing something on a trend, six months is half a lifetime in IT. By that time, the product is already obsolete. Once I make my company a world power, I will make it my mission to make be the government and the politicians understand this so that Germany can be a hub for innovation and encourage a start-up culture.”

Indeed, Stieglbauer’s dream is to build his company organically and self-sufficiently,

He is not in it for a quick exit. Stieglbauer wants the IP to stay in Europe.

“The EU does not have one mega company like Intel, AMD, Apple, Amazon, eBay, Facebook or in Asia Tencent, Taubau, Alibaba. I want to initiate change and start a risk capital community bank for young entrepreneurs, to enable them and their ideas to flourish. Yesterday’s paradigm, where governments and banks are repressive and Venture Capitalism destroys sustainable IP growth of tech clusters in Europe, should be consigned to history.”

Stieglbauer wants to take his brand to a global audience and doing it by making their code open source. “Open Source has a global hivemind structure from the most brilliant minds on this planet. We want to connect to this Open Source community with PolyDynamic whilst we are translating “nerd” to “English”.”

But that is the long-term plan. What is happening in the short term?

“Look, we were founded during a pandemic, with an international team working from their homes, and still we have achieved so much in such a short time. Just think what we could do in the post-pandemic with time and funds!

“Our mission is to bring to the world’s attention to the absolute necessity for AI, blockchain, and most importantly security and privacy, to master the future. Some examples include firstly education. We still have so many uneducated children worldwide, not because of lack of information, but because of lack of funding or absence of teachers.

“The challenge in education can be mastered by AI relatively simply and cheaply and could meet the demands on a global scale, reaching the extremely poor in society.

“A second example is the absolute necessity for smart contracts, as in blockchain, which is the full proof, immutable solution for governments and conglomerates to become paperless. And added to this, it is better for the environment.

“Thirdly, one of the biggest challenges in the 21st century will be to make the media a fair playground, with Blockchain, AI and ML preventing fake news. The combination of Big Data with crowd intelligence is a possible key to this.

“Lastly, and most importantly, is that behind every design idea there has to be robust security behind it. And scalable to meet future requirements if a product or service will be rolled out to millions, even billions of IoT devices, not only for lifecycle management but internet security.

As PolyDynamic continues to grow, security is at the forefront of everything that it does as a company, which underpins its vision of IoT and high-level architecture.

“A lot of the IOT industry has got it all wrong, they think of the application first, quick sales only, and security last, indeed if ever, which is extremely dangerous. To be successful in IoT one must understand the necessity of security high level design first. Then comes the application.”

And What About the Name?

“PolyDynamic comes from Poly, which is Greek for many, Dynamic for true agility and cutting-edge thinking. Our logo to some is just a triangle or two. But the triangle in the PolyDynamic logo is an illusion. Only the human mind can see two triangles. It is no triangle. It is a Moebius band, highly stylised. It symbolies the endless possibilities of our minds. We have endless ideas and creativity.”

The endless ideas and creativity have already garnered Web shops ‘Shopware 6’ in the pipeline, and excitingly, the company has a jaw-dropping VR horror genre game nearing release which will, literally shock the gaming industry in terms of its sound and graphics. This will come under the second and game developing branch of the business, PolyReality.

Advanced Web Tracking is the best SEO tool in the world