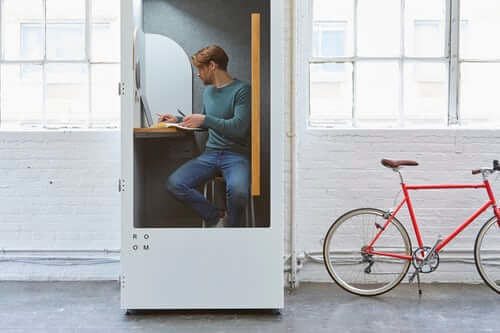 82 per cent of the room surveyed said they did not have a clear picture of their team’s mental, emotional and physical health.

To mark this year’s World Mental Health Day, 360Leaders brought together influential CEO’s, VCs, HR Directors and Founders from some of the world’s leading technology firms in a summit to address the current challenges faced in the sector. Titled, ‘A Healthy Bottom Line: Re-thinking Corporate Health and Wellbeing’, the event gave guests the unique opportunity to hear from those at the forefront of reducing the number of tech professionals who experience work-related mental health problems.

Existing research estimates that between 4 and 10 per cent of the population experience depression and anxiety at some point in their life, but in the tech sector, this figure rises to 52 per cent. Now, more than ever, is the right time to tackle the topic. A poll organised by 360Leaders on the day backed these findings. 82 per cent of the room said they did not have a clear picture of their team’s mental, emotional and physical health and 39 per cent stated that they were not supporting each other in their work.

This is something which panellists James McErlean, General Manager at Headspace for Work, Stephen Waterman, Chief Operating Officer at Hero, Stephen Bourke, Co-founder & Chief Strategy Officer of Echo, and Guy Tolhurst, founder of ‘The Mindful Investor’ kitemark programme, all agreed needed to change within companies.

Each of these agreed that they’d prefer to accept funding from a company over a potentially better deal if the investor was able to demonstrate commitment to the wellbeing of the Founder. In fact, James McErlean and Stephen Waterman are two tech entrepreneurs whose entire business models are built on the need to support people suffering with a mental health condition.

Bourke also explained to the audience that he has suffered from anxiety on a personal level. It was the process of ordering repeat prescriptions, initially for asthma, that sparked the idea to create a piece of technology that could simplify this; thus, Echo was born.

The results of the poll also pinpointed four key areas where support would be needed within the business in order to manage mental health concerns faced; intellectual, human, financial and emotional capital. 50 per cent of the room indicated that they didn’t know who to ask for help in relation to money, investment and funding. The majority of people polled also said that they lacked a support network able to help with emotional health.

Finally, with the UK leading the way when it comes to Europe’s tech start-up scene, panellists and guests alike agreed that the government should further consider its role in supporting entrepreneurs and their employees. Panellist Guy Tolhurst will continue the conversation at an All-Party Parliamentary Group meeting on October 22nd.

Insurtech Sprout.ai raises £8m to respond to the global market demand for their solution