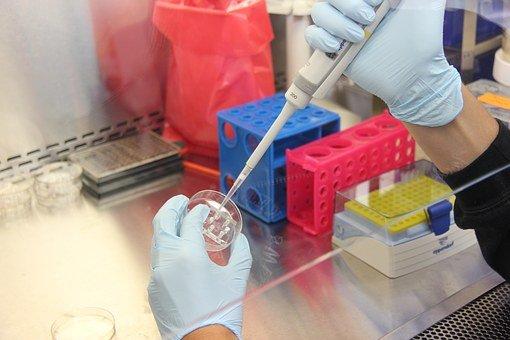 The Way of the Future from The Entrepreneurs Network and the Tony Blair Institute sets out ten ideas required for Britain to tackle stagnating productivity and become world-leading in science.

Former Prime Minister Tony Blair and founder of global payments giant Stripe, valued at close to $100bn, Patrick Collison have endorsed a radical innovation policy manifesto. The report, which brings together entrepreneurs, scientists, engineers, historians and policy wonks argues that we need to:

As Business Secretary Kwasi Kwarteng prepares to release the Government’s Innovation Strategy, the eclectic proposals in this manifesto highlight the scale of reform necessary to achieve the government’s ambition of becoming a “Science Superpower”. The collection, which was a joint project from The Entrepreneurs Network and the Tony Blair Institute for Global Change (TBI), is endorsed by former Prime Minister Tony Blair.

Mr Blair says “The 21st century technology revolution is transformative, extraordinary in its consequences and impact and will and should dominate our thinking in the years to come.

“No one doubts technology can also have negative effects. But the critical point is that for good or ill, it is changing the world. This is the real world event that is happening in our time, to our people and the world over. The challenge for politics is to understand it, master it, and harness it for good.

He adds: “Yet too often policymakers either ignore its importance or focus on questions like those to do with privacy which are important but limited; when the real debate should be around how we use technology to usher in a new advance of humankind.”

The essays are also endorsed by Silicon Valley entrepreneur Patrick Collison, co-founder of payments giant Stripe who says: “The industrial and scientific revolutions that blossomed in the UK were the product of a deliberate ambition, an emphasis on technical and scientific understanding, a willingness to contemplate the unusual, an appreciation for experimentation in institutions and incentives, a dissatisfaction with the status quo, and internalisation of the basic truth that improvements to our material state are both possible and urgent.

He adds: “These attitudes, which are not the default cultural orientation in any society, helped initiate a durable, multi-century trajectory that propelled standards of living to heights previously unimagined. All evidence suggests that this is also the mindset that will help us discover the best ways to improve the society that we live in today.”

One essay in the collection calls for Britain to adopt a proactive approach to attracting the best and the brightest from around the world. It argues we need to go further than simply removing barriers in the visa system. Instead, we should actively seek out promising young talent from across the globe and attract them to the UK with scholarships to study at our universities and support ground-breaking research.

“Just as Premier League clubs invest heavily in scouting the next Neymar or Messi from South America, the UK should do the same in terms of finding the next Demis Hassabis or Katalin Karikó.” says Sam Dumitriu, Research Director at The Entrepreneurs Network and one of the report’s authors.

One of the more unorthodox suggestions is to resurrect the Great Exhibitions of the Victorian era. Historian Anton Howes, who also calls for a new Elizabethan order of merit for inventors, argues that doing so would raise the status of invention.The aim would be to excite the  public about cutting-edge technologies like augmented reality and drone delivery, while British businesses would see demonstrations of what new technology they need to adopt, and budding young entrepreneurs would use this as an opportunity to network and be inspired.

However, the authors stress that it is not enough for Britain to invent the latest technology, we also need to become a nation of early adopters.

Philip Salter, Founder of The Entrepreneurs Network says: “Too often when talking about cutting-edge technology, most of the attention is focused on developing it within the UK. For people to really feel the benefits of new technology, they need to be able to buy it at home too. This is where the idea for Testbed Nation comes from – we want British people to be the first to order a drone-delivered lab-grown beef burger and take a self-driving car on their daily commute”

Outside of the Single Market, Britain’s regulators must make speed and flexibility a key priority so that we can maintain our innovative edge. Singapore has already legalised lab-grown chicken for sale. We should follow their example here and in other sectors like with drones and AI. The way science is currently funded is overly bureaucratic and forces scientists to waste days filling out lengthy grant applications when they could be doing research.

To correct this, José Luis Ricón Fernández de la Puente and Liverpool University Prof Joao Pedro de Magalhaes argue that we should apply the scientific method to science funding itself and take a more experimental approach to funding research to find the best approach.

One method  they advocate trialling is based on the highly-rated Howard Hughes Medical Institute fellowships which “funds people, not projects” allowing researchers to pursue more open-ended research for several years instead of following a rigidly specified project.

They call on the Government to fund a new “Horizon Research Fellowship” to be awarded to up to 20 promising researchers every year. Selected researchers would receive generous funding for the next seven years, with the possibility of extending by an additional seven after an interim review.

José Luis Ricón Fernández de la Puente, says: “This would liberate researchers from the bureaucratic grants application process. Rather than having to fill out endless forms explaining what they want to do and how they will spend the money, the scientists on the programme will be able to dedicate all of their energies to what they do best – actual research.”

“Accelerating science and technology is the biggest question for governments in the 21st Century. Getting this right is also critical for Britain’s role in the world today” says Benedict Macon-Cooney, TBI’s Director of Science and Innovation. “For too long, total factor productivity has been stalling and the country has been stagnating. But as the current pandemic has shown, we have the ability to innovate at speed today, provided we have the will. As we rebuild our economic model, we need to put a focus on building the technologies that are critical to tackling problems on the horizon, including climate change. The first step to solving these big issues is fixing all the small ones which are slowing us down.”

Matt Clifford MBE, founder of Entrepreneur First, says in his essay: “The UK has many natural advantages that make it a plausible innovation superpower. If we can nudge our most talented and ambitious people into entrepreneurship – and open our doors to those from the rest of the world – the upside is enormous.”