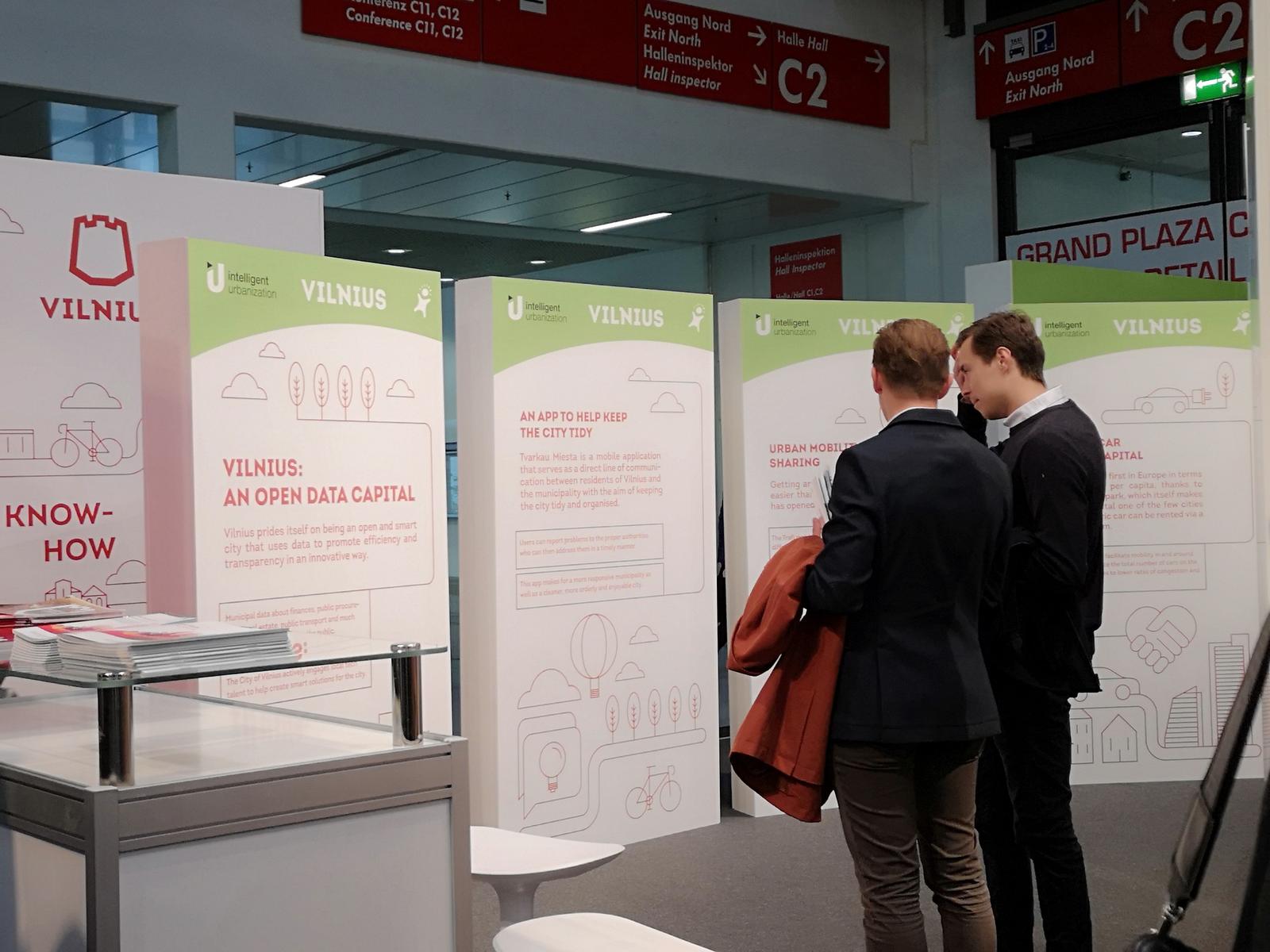 Munich, 9th October 2018, The City of Vilnius has unveiled its comprehensive smart city project at Expo Real in Munich, Germany, Europe’s largest B2B trade fair for real estate and investment. The Lithuanian capital was invited to present at the fair as this year’s city guest.

“Vilnius is the capital of open data. Although the topic is often discussed across the continent, no other European city has implemented such a radical open data policy. Three years ago, we turned our idea of having Europe’s boldest open data policy into a reality. Today, it is a non-negotiable standard. We see it as a prerequisite for developing innovative solutions for private businesses,”says Vilnius Mayor Remigijus Šimašius. 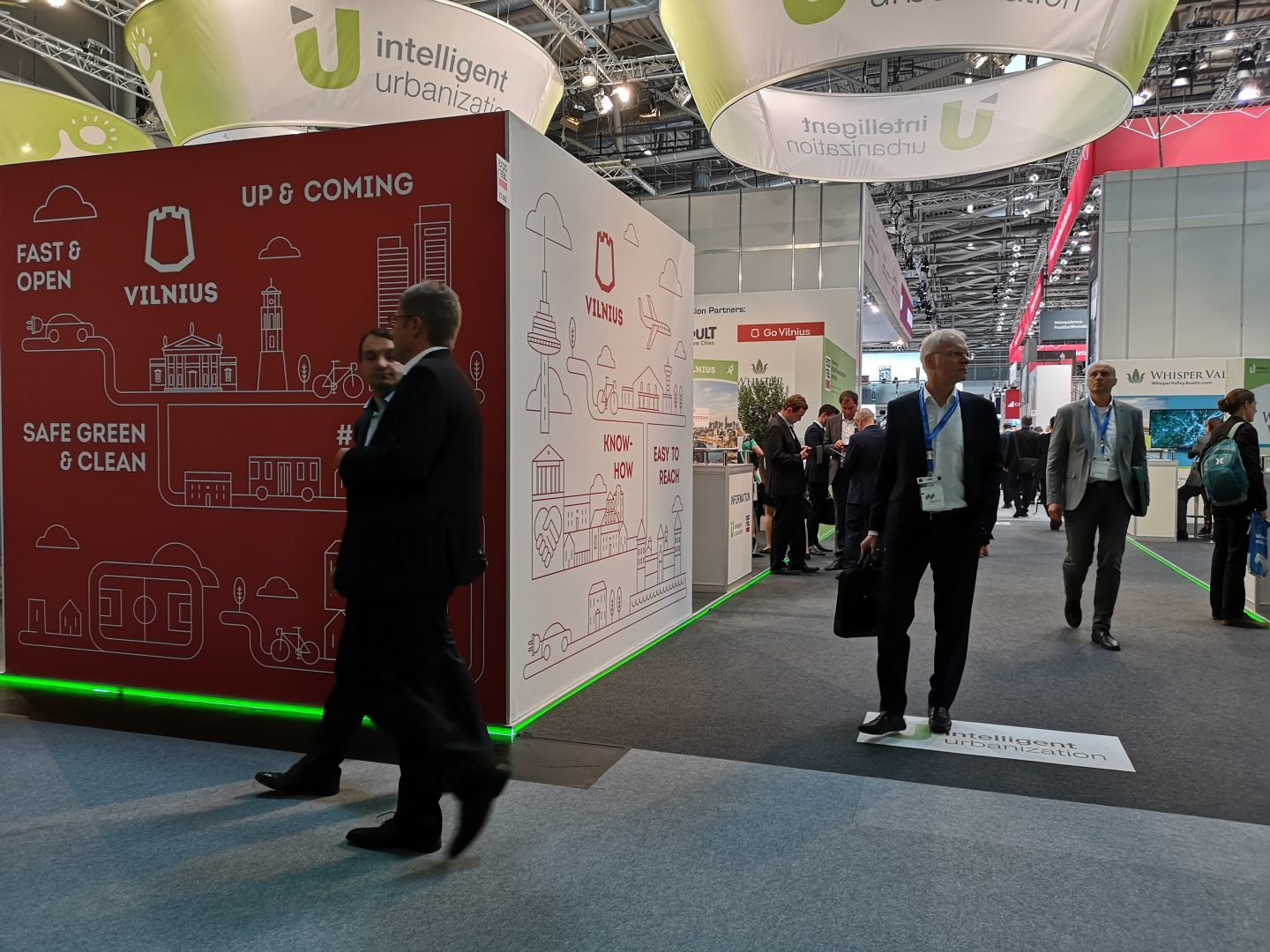 Representatives from Vilnius also participated in various panel discussions of the fair’s Intelligent Urbanization Forum, which explores the challenges and possibilities that the real estate industry and cities face with the rapid trend towards urbanisation. With one of every three people expected to live in big cities by 2050, it is particularly important for them to become smarter at collecting and reacting to data, making full use of technology in order to improve living conditions and mobility for its residents.

Eglė Radvilė, Chief Advisor for Strategy and Digital Initiatives, was in charge of presenting Vilnius’ progress to date and future vision as a smart city, in which a progressive policy of open source data plays a central role. According to Radvilė, the vision of the city is to create efficiencies that will save time and make life more comfortable for residents and guests, at the same time facilitating the ability of businesses to settle and operate in the city. This vision goes hand in hand with the World Economic Forum’s Digital Transformation Initiative, launched in 2015 to offer insight into unlocking the benefits of digitalisation in business and the wider society.

Vilnius has a radical open data policy that gives anyone access to critical data in real time. This has facilitated a clearer view of traffic and transportation options, promoting car sharing and public transport and decreasing the likelihood of traffic jams. At the same time, the city has given citizens the medium to give relevant feedback about city issues. With the mobile app Tvarkau Miesta, residents can report overflowing bins or objects blocking public roads, among other things.

“The citizens of Vilnius are bold, ambitious and want rapid changes. Vilnius is not only open with its data, but also open to feedback and new ideas that can lead to problem-solving for city issues. The city has opened a three-way conversation between governance, business and the citizens, but feedback from visitors is also considered greatly important. City guests are becoming increasingly aware of the modern, digitised solutions and open approach to governance. A lot of them make use of the available tools during their visits, for instance to pay for parking with their phones,”said Inga Romanovskienė, Director of Vilnius’ Tourism and Business Development Agency.

Vilnius prides itself on being an open and smart city with an innovative approach to data that promotes efficiency and transparency. Municipal data on finances, public procurement, real estate, public transport and much more is readily available to the public. Beyond only providing data, the City of Vilnius actively engages local tech talent to help create smart solutions with the aim of continuously providing new benefits to its citizens, raising its profile as an open data capital in doing so.

Tvarkau Miesta, which stands for orderly city in Lithuanian, is a mobile application that serves as a direct line of communication between the residents of Vilnius and the municipality. Tvarkau Miesta allows users to report problems to the relevant authorities, who can then address them in a timely manner. Opening up this dialogue makes for a more responsive municipality as well as a cleaner, more orderly and enjoyable city. Anyone can contribute to improving the city at https://tvarkaumiesta.lt/

Getting around Vilnius has never been easier. Thanks to the city’s opening up of its data to businesses, new solutions have improved the way the transport system works. The Trafi mobile application, for instance, which allows users to compare different transport options in real-time, is a direct result of this. From public transport, car and bike sharing, to taxis, Trafi gives users a bird’s eye view of the city’ traffic and infrastructure, as well as insight into navigating it efficiently. Trafi also allows users to buy public transport tickets via the app, which doesn’t require mobile data to function.

Vilnius is ranked first in Europe in terms of shared cars per capita, and has a number of car-sharing platforms available. Lithuania’s capital is also one of the few cities offering electric shared cars, thanks to the provider Spark. Platforms such as these facilitate mobility in and around the city and help reduce the total number of cars on the road, positively impacting on congestion and traffic.

An Open Data Map of the City

The GIS online map of Vilnius is full of useful information that allows citizens and businesses to bypass bureaucratic processes and access data about the city directly. The GIS map provides municipal data pertaining to things like planning and building, investment projects, kindergartens, educational institutions, leisure areas, the transportation system, bike lanes, city repairs, environmental protection, safety and much more. Built to be interactive, it supplies users with accurate and timely information while ensuring greater transparency when it comes to municipal governance. The GIS online map can be viewed at https://maps.vilnius.lt/

Climate change causes this destructive plant to spread, but it can be used to fight it too