Virtual Idols and the Pop Music Industry – Has ‘Black Mirror’ Predicted the Future? 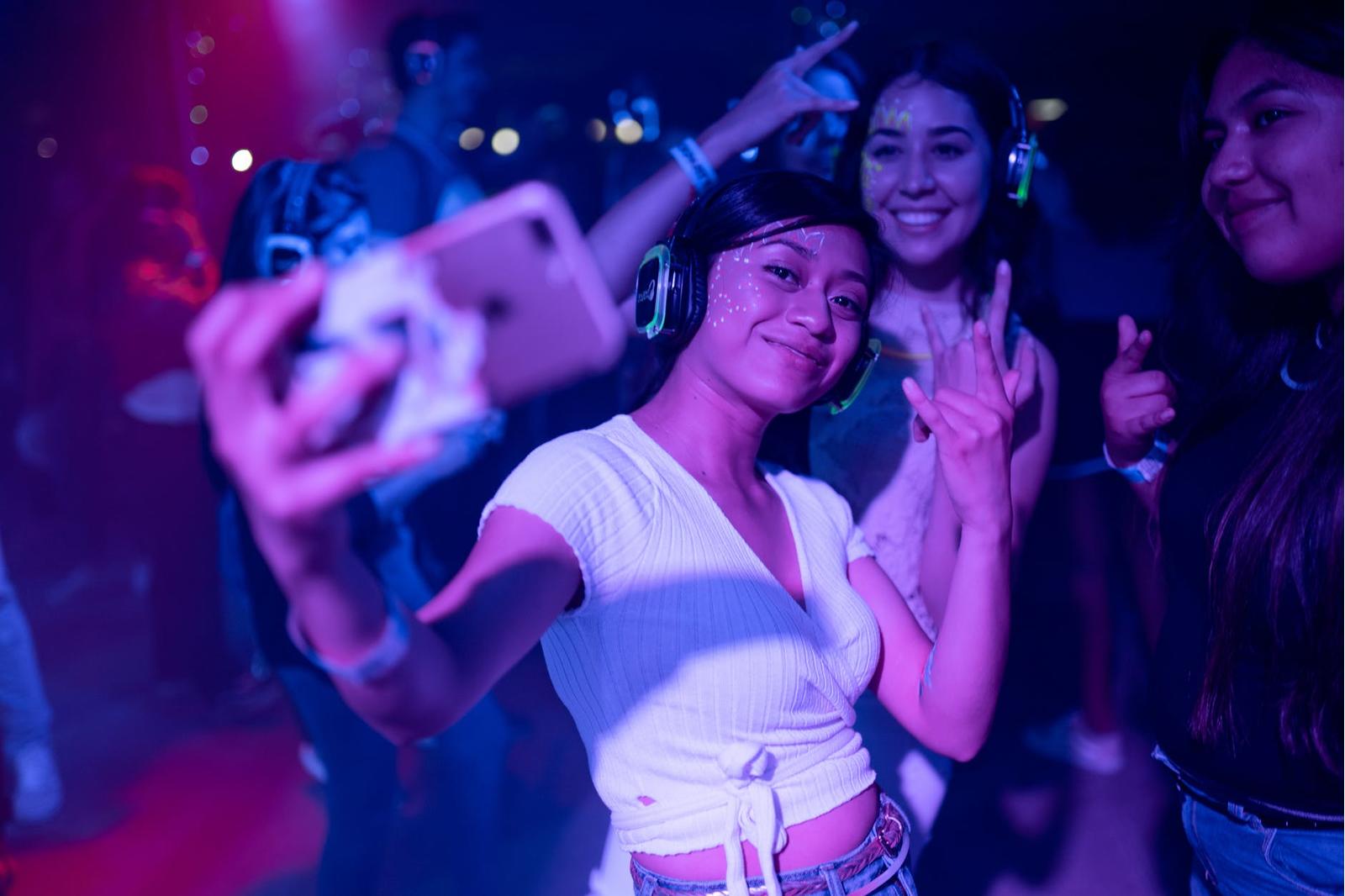 Black Mirror’s ‘Rachel, Jack and Ashley Too’ suggests the potential for virtual pop stars. Could this truly be the future of the music industry?

‘Ashley Eternal is the most accurate and versatile holographic performer in history. Photo-realistic and fully controllable, right down to instant costume changes’ announces Aunt Catherine, the villain of Black Mirror’s latest episode, as she introduces the holographic version of her niece, whom she has drugged to prevent her from departing from her glossy image. Whilst the plot itself might sound exaggerated – ‘Black Mirror’ is, after all, a fictional TV show – its technological predictions are thought provoking, and certainly not impossible. ‘Ashley Eternal’ is ‘fully scalable’, ‘streamable’ and can appear in ‘thousands of locations simultaneously’. This raises questions about the potential for virtual idols, and how this innovative technology could drastically change the music industry in the future.

How close are we to this vision today?

In fact, a virtual idol takeover with all the features of ‘Ashley Eternal’ is perhaps a lot closer than some might expect. VR pop stars already exist. Some are not far off from ‘Ashley Eternal’.

The first was CG character Kyoko Date, who was introduced in 1996 by Horipro, a Japanese music publisher and talent agency. Date did not have much material success – her single ‘Love Communication’ sold under 30,000 copies, which some have suggested was the result of Horipro’s failed marketing strategies, and the fact that she aimed to be realistic, rather than fantastical. However, she was a pioneer for later, more successful VR stars, and used motion capture technology, which was extremely cutting edge at this time, having only been used for characters’ movements in a video game for the first time in 1994. Indeed, ‘Black Mirror’ shows a dancer behind the hologram is shown performing the figure’s dance moves, thus suggesting similar motion capture technology used in the Ashley Eternal hologram. Interestingly, the criticism of Date as too realistic is seemingly at odds with Aunt Catherine’s boasting of Ashley Eternal’s accuracy, but this might be explained by the fact that Ashley Eternal is supposed to be a recreation of a pre-existing pop star, whilst Date was an invented character. Such recreations via hologram have also been experimented with in real life. Deceased singers such as Michael Jackson, have been reborn in holographic form, in this case to perform at the 2014 VMAs.

More recently, newer developments, also comparable with Ashley Eternal, have taken place. Widely regarded as the most successful virtual idol, holographic Hatsune Miku was first launched in Japan in 2007. She was initially developed by Crypton Future Media to represent Yamaha’s Vocaloid software, which was first developed in 2004 (with updates occurring in 2007, 2011, 2014 and 2018), a voice synthesizing technology now based on vocal samples which can produce a range of pitches and timbres. The programme allows musicians all over the world to produce music using her voice. Miku soon became a star in her own right. The most popular songs, created by artists all over the world, are featured on her albums. This in itself is revolutionary within the music industry, allowing anyone with the programme to become part of a global sensation. Miku has modelled for Vogue Japan, opened for Lady Gaga’s 2014 tour and sold out her first London show in 2018. Concert reviews have described her ability to immediately switch costumes, just as Aunt Catherine boasts Ashley Eternal can. Like Ashley Eternal, Miku, whose performances are prerecorded, can perform in multiple locations at the same time, allowing for as little operating costs as possible for her tours, whilst allowing her to easily reach millions of fans. This was also an idea behind Kyoko Date, but the singer never actually performed at a concert. Miku’s doing so suggests the increased popularity of VR pop idols, as well as technological developments, turning ideas into reality.

One of the latest VR singers to emerge is Maya Kodes. Even more up to date than Hatsune Miku, she was created by Neweb Labs, a Canadian company owned by animator and producer Yves St-Gelais that specialises in holography and motion capture among other technologies, and launched in 2016. Kodes is notable as the first interactive virtual performer. Unlike Date and Miku, she can interact with fans and reporters, and performs in real time. She is voiced by a real singer, and also uses motion capture technology. Her In some ways, this is even more innovative than Ashley Eternal; there is no direct mention of real-time performance (Ashley Eternal’s voice is constructed from recordings that were taken from the ‘real’ Ashley O’s AI doll) nor the ability to actively participate in talk shows and answer questions. Perhaps even ‘Black Mirror’ cannot fully keep up with an industry that is developing at a rapid pace.

There are, however, some aspects of Ashley Eternal that are not quite reality yet. For one, Ashley Eternal’s music and lyrics come from Ashley O’s own mind which are composed ‘in her head, in her dreams’ during her coma. In a news report, Aunt Catherine’s accomplice, Dr Munk, explains that Ashley’s brainwaves could be read with a ‘temporal interceptor’ and that recording was made possible by linking her mind to a computer. This is fictional technology, though the concept is perhaps less preposterous than it might sound. Studies such as the the Dreamweaver project at Berkeley, University of California have managed to record the brain’s documentation of visual content, whilst Oldis’ University of Texas study hopes to record speech in dreams. Thus dreamed up lyrics might be rendered. Clinical psychologist Michael J. Breus cites a study that indicates composition is indeed possible when dreaming. However, even if the technology is made available, the chances of a similar scenario to that of ‘Black Mirror’ actually occurring, is highly unlikely.

Will VR singers come to dominate the music industry?

The question of whether these virtual pop singers will begin to take over the music industry, is therefore significant. Crypton Media CEO Hiroyuki Itoh has stated that he does not believe holographic stars will pose a threat to human singers, telling W Magazine ‘it’s just two different things’. It is also true that most virtual pop stars do not (at least, yet) have the same following as human ones; even Miku has just 791,547 YouTube subscribers, a substantially lower number than global stars like Ariana Grande, with 37,235,774, or Miley Cyrus with 12,921,142.

However, some would argue it is foolish to completely dismiss the possibility of a revolution in the music industry as the result of holographic pop stars. Miku’s popularity expanding beyond Japan, as indicated by her touring in North America and Europe, in addition to the creation of Kodes, suggests that the concept of a virtual idol is in the process of becoming a global phenomenon. Indeed, it is not difficult to see why producers and managers in the music industry might be keen on virtual idols. As Aunt Catherine points out, they are ‘Never tired, never sick, always pitch perfect’, without human constraints and are ‘fully controllable’, with a guarantee of no PR disasters or scandals. Some have argued that moments of weakness, emotion, and even controversy are partly what allows people to connect with singers. Still, the rise of Hatsune Miku and the potential of newer stars like Maya Kodes suggests a global virtual idol revolution could be on the horizon. ‘Black Mirror’ has perhaps noted what is currently a gradually changing landscape rather than predicting the possibilities of a distant future.

The Age of Online Gaming