What is happening to the UK high street? 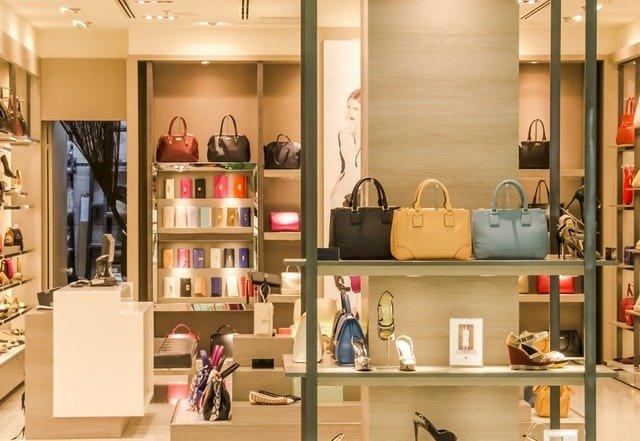 According to statistics from 2018 regarding the UK’s high street retailers, experts anticipate that shops and restaurants across the country are going to be facing a pretty tough 2019.  A number of large high street retailers went bust in 2018, including Poundworld, Maplin and Toys R Us. and it is expected that this alarming trend may continue this year. But what exactly has caused the decrease in spending in the past year, and what will happen in the future for the country’s high street chains? We take a further look at what is currently happening.

Data released by the Office for National Statistics show that in the three months to September, there were a staggering 93,000 fewer retail jobs available in the UK, compared to the year previously.  The demise of retail businesses such as Maplin, Poundworld and Toys R Us in 2018 cost 10,000 jobs between them. This follows a warning given two years ago by the British Retail Consortium that over the next decade, we could see up to 900,000 fewer jobs available in the retail sector. This is a worrying threat, as the retail industry is the biggest employer in the private sector.

Online-Only Retailers are Struggling Too

It has not been just the physical high-street chains that have been struggling to make a profit. Whilst House of Fraser notably went into administration in 2018, before being bought out for £90 million by Mike Ashley, and with the majority of its stores still facing a huge amount of uncertainty for the future, even ASOS -the largest UK based online-only fashion retailer- has reported that its profits have dramatically lowered.

ASOS revealed a shock profit warning prior to the Christmas period, with many consumers reining in their spending. This warning was issued despite an unprecedented level of discounting.

Whilst household names previously mentioned disappeared entirely from the British High Street in 2018 completely, others were left with no option but to take a restructuring deal. The following brands: New Look, Carpetright, Mothercare and Homebase all had to do this.

Other restaurateurs and retailers struggling to keep afloat, such as Prezzo, Carluccio’s Gourmet Burger Kitchen and Byron, all chose in 2018 to resort to company voluntary arrangements, otherwise known as CVAs so that they can lay off staff and close hundreds of shopping outlets. A CVA is a category of insolvency that enables companies to renegotiate deals with their creditors. In the majority of cases, this is landlords who are being asked to agree to lower rent payments for the stores.

The Huge Transformation of the Retail Sector

Whilst a number of reasons have been cited as leading to the decrease in spending on the UK high street in 2018: such as the weather (the ‘Beast from the East’ and the heatwave later on in the summer), and the World Cup, a bigger problem has been accredited as the reason.

Experts have referred to the massive transformation of the retail industry, which is trying to change in order to adapt to our ever-changing shopping habits, and finding it difficult to do so.

One of the biggest changes to the retail sector in recent years has been our gradual dependence on technology, leading more and more of us to turn to shop online. In fact, it is estimated that now in the UK, every five pounds we spend is now through the internet.

The Arrival of Smartphones

In connection with our increasing reliance on technology, is the arrival of smartphones, which have fundamentally changed the way we shop. With so many of us these days using our phones to do mobile shopping, it has completed up-ended up the old model that the retail sector has always relied on.

It has been cited as one of the main reasons as to why Toys R Us ended up closing all its stores and collapsing in February 2018. Experts noted that the retail giant had not invested online, which was a huge error when it estimated that we now buy 40% of our toys online.

The prominence of online shopping also led to the downfall of the electronic retailer Maplin, which ended up going into administration the very same day as Toys R Us. It also had the issue of being unable to compete with online competitors – many of its products consumers were able to buy online more cheaply, and conveniently, on sites like Amazon or Ebay.

Another factor putting a strain on the retail industry is that there are a number of rising costs for companies to contend with at the same time. This includes rising wages, business rates, the apprenticeship levy, as well as regulatory changes that have recently been introduced such as the new data regulation GDPR.

Furthermore, the weaker pound has also meant that they have had to pay more in order to be able to provide the same amount of products from abroad.