How to Improve Communication With Your Customers 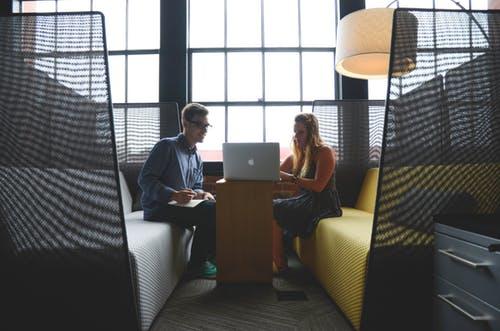 One of the most common problems that many startups in the UK and around the world continue to face is communicating with their customers properly. There is more to this than just paying attention to what people are saying and responding to each inquiry. That might work for a while in the beginning, but it will quickly become an inadequate approach as the scale of your operations continues to grow. You need to understand some of the intricate points of defining a good communication channel with your customers.

Automate as Much as Possible

As your operations continue to grow, you’re going to face some severe bottlenecks in the amount of manual work required to keep up with the numbers. You’re likely already using certain tools like Mailchimp to automate mass mailing, but you should always be striving for more. Even Mailchimp can be upgraded through various means of automation.

If you’re using HubSpot for example, learn how to sync the two tools through advanced external applications instead of relying on their built-in systems. The level of control this provides is not to be underestimated. Piesync has all the integration tools you need, plus a host of useful resources.

You also have access to various facilities for collecting and analysing data about your operations – and this includes your customer communication. It’s in your interest to gather as much data as you can on that front and run it through some complex analytical systems.

Artificial intelligence can reveal some surprising trends in the way you’re talking to people from time to time. Certain patterns that are important to your communication are not going to be immediately obvious, and you can benefit a lot from discovering them. But this will take some time, as you’ll need to gather a lot of relevant information first.

Not Every Voice is Equal

We already touched on this briefly above, but it’s important to reiterate that idea. Not every comment you receive from your customers is going to be equally valuable, and in some cases, you’ll be dealing with a lot of noise when your users don’t understand their own requirements well enough. It’s important that you develop the ability to filter out adequate feedback from the rest, and focus on the points that actually matter.

Because the more your company grows, the more problematic this is going to become. Sooner or later, the volume of communications will become too massive for you to adequately handle, requiring you to implement some active filtering. And in those cases, it’s best if you already have those systems in place from earlier, both because of the experience you’ll have with them, as well as the data you’ll have gathered.

It will take a while, but you should eventually develop a sense for which approaches work and which ones should be avoided. There’s a lot that you can probably improve in your customer communications at any point, and it’s important to get a grip on that as early as possible in developing your company. Otherwise, the problems are only going to become more pronounced and serious in the future, and there won’t be much that you can do to stop them at that point.