The Importance of Customer Experiences 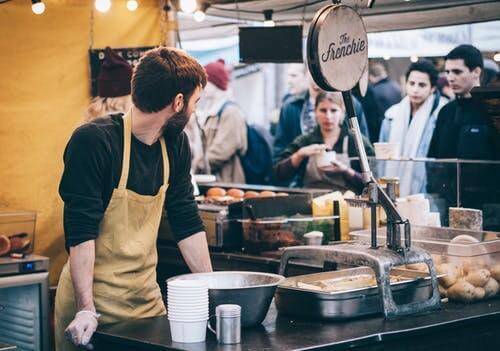 With the UK high street very much in decline and with retail fatigue increasing in tandem, retailers have been forced to change tact and their very focuses when it comes to enticing and drawing in shoppers and customers. Businesses are moving online; traditional high street customers are declining in their numbers and businesses are having to seek business online like never before.

With many customers opting to buy essentials online, impulse purchases, usually made in the process of buying everyday goods like groceries are also on the decline. This means that retailers are unable to capitalise on customers’ excitement at times of purchase. This has also led to a general decline in sales across many major retailers.

Part of what has changed is that customers are much more focused on the overall experience whilst shopping and making purchases. In previous times, products and goods were the focus whereas now what happens in the retailer is the focus. This has also led to the emergence and subsequent growth of retail design agencies in the UK, companies whose purpose is to design not just retail premises, but the experience for customers upon entry to the retailer in question.

More and more customers in the UK are experiencing what has become known as ‘retail fatigue;’ a general sense of boredom with the status quo on offer at so many retailers and shops up and down the high street. Customers have become bored of not just the goods on offer, but the general feel and experience of previously popular shops.

Traditionally thriving brands and retailers like Debenhams, Marks and Spencer and House of Fraser have all in recent times fallen on harder times financially. This is in no small part due to the change in shopping habits of many of their customers and the desire to make purchases online.

As recently as this week, Waitrose announced that they will be trialling a ‘bring your own container’ scheme which will see customers able to fill their own containers with products ranging from pasta and coffee, to wine and shampoo. This is an effort to both reduce plastic waste from packaging and also to change and improve the customer experience.

Are Pop Up Shops Changing Things for Customers?

Simply put, pop up shops are retail spaces opened in the short term and designed to drive up customer excitement, intrigue and therefore ultimately sales for the business in question. The idea of pop up shops originated in Los Angeles, USA, but pop ups are springing up all over the world, from London to New York, Tel Aviv to Madrid and further afield. The pop-up industry is estimated to be worth a staggering $50 billion globally and shows no sign of slowing.

Pop ups are designed to capitalise on the excitement factor, drawing customers in by interrupting what is likely to be an otherwise repetitive and mundane daily routine. For office workers in Shoreditch for example, the popping up of a new retail space or stand is instantly noticed on their commute and instantly drives increased interest as well as a sense of excitement and exclusivity, as the pop up will disappear after a few days or weeks.

Shopping and retail are fast becoming all about how the goods and services are offered up and presented to customers, as opposed to the goods themselves. Customers are increasingly doing a large degree of the browsing and selecting of products online, only going to the retailer once they have at least narrowed down their options.

Previous shopping habits entailed the entire process of selection and purchase being undertaken by customers predominantly in the shops. However, with the boom of internet shopping and e-commerce, things have changed and retailers are increasingly needing to adapt accordingly.

Even well-known brands like Amazon are jumping onto the pop-up shop trend and it’s showing no signs of slowing down; in fact, it looks like it’s only just got started.

Lloyd’s of London chair bets on the future by joining insurtech startup, Cuvva