Could We Unleash the UK Economy’s Potential With a Singapore Brexit? 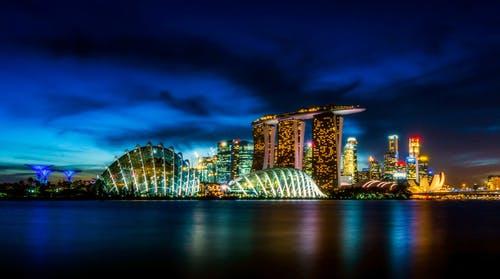 In recent times, we are told by many throughout British politics, Westminster and media columnists aplenty, that a so-called ‘Singapore-Style Brexit’ will turn the UK into a ‘bargain bucket economy of low taxes and a race to the bottom.’ However, the constant slating of Singapore’s successful and vibrant economy by those same politicians and commentators, tends to come not from a desire for the UK economy to succeed, but from a hatred of all things Capitalistic and Free Market.

With regards to Brexit and the European Union (EU), the UK is, in many regards shackled, with the economy’s huge potential and dynamic nature held back. For example, the increase in VAT in the UK, as required by the EU in 2011 has meant that goods and in particular services in the UK, which comprise the vast majority of our economic growth, success and future potential are more expensive. From the EU’s point of view, the playing field is levelled out.

It is also no secret amongst EU leaders and bureaucrats that if the true potential of the UK economy is unleashed post Brexit it is the EU, not the UK who will need to up their game, with the UK economy able to thrive and drive itself forward like no other.

In 1965 Singapore broke away from Malaysia, or the Malaysian Federation as it was then known. Singapore was predicted to fail and it was said by many economists and commentators that the Singaporean economy simply would not be able to make a success of this break away. However, the reality couldn’t be further apart from these naysayer’s predictions.

As things stand, Singapore has all but everything we could want in a successful economy; no foreign debt, it is very stable, the government has huge spending power for projects and public services and they have a positive budget surplus on a consistent basis. Simply put, the Singaporean economy is an example of what a dynamic, free-market, lower tax economy and society can do, and it is nothing short of fabulous.

Currently in the UK, we have an outdated tax system, an overtaxed population, a productivity problem and there is an emerging culture that profit and success are not good things. Rather, they are the basis for greed rather than ambition and wastefulness rather than innovation and productivity at every level.

How Do the UK’s Current Tax Laws Hold the Economy Back?

At present, tax laws and regulations in the UK are fundamentally based on changes made way back in the 1970s and 1980s and during the Thatcher era. However, since then, very little in practice has actually changed. The main taxes in the UK (Income Tax, National Insurance, Corporate Taxes and Capital Gains) all need reforming and overwhelmingly, reducing.

Income Taxes in the UK Vs Singapore

The UK’s Income Tax works in a progressive manner, with tax bands, meaning that as workers and earners move from one band to the next, they progressively pay more tax on earnings above the bracket threshold amount. The Income Tax bands are currently set as:

Hence, if someone in the UK earns £150,000 per annum (roughly what the Prime Minister gets paid), taking Income Tax and National Insurance into account, they will pay a total of £59,464 in income-related taxes, leaving take home pay of £90,536, or a mere 60% of true earnings.

In Singapore, for someone earning the same £150,000, their total tax obligations amount to £14,748, or 9.8% of total earnings. Although Singapore also have a progressive taxation system with tax bands, the Singaporean top tax band is just 22%, which in practice means that Singaporean employees and workers can expect to be much better rewarded for the work they perform, with reward and recognition, proven to increase productivity and happiness at work.

Corporate Taxes in the UK Vs Singapore

We have all heard numerous stories of business people and companies moving to Singapore, including James Dyson in recent times. The question must be asked, why do they choose Singapore? IS it because of Brexit, or is it more likely due to the much more favourable and success encouraging Corporate Tax laws of this South East Asian economic powerhouse?

Messiers Corbyn and McDonnell would have you believe that their proposed rises in Corporation Tax will only affect Amazon and Starbucks. However, the reality is that every single limited company will be affected by their ‘small’ rise in Corporation Tax to more than 25%. Businesses from your local corner shop to small online retailers will see their profits eroded by this punitive tax measure proposed by the currently Marx and Mao-inspired Labour Party.

In the UK, Corporation Tax is currently set at 18%, which must be paid on all business profits earned by UK companies. Singapore’s Corporate Tax rate is a flat rate of 17%. However, where the UK falls behind in a big way is when you take a look at company dividends, or the rewards paid to shareholders upon a business’ success. For those running limited companies in the UK of all sizes, this is very pertinent.

Coupling these dividend taxes with Corporation Tax, it can mean that a business owner will pay up to 55.1% tax on business and personal profits, something that is expected to rise quite starkly with any Corbyn-McDonnell led government.

Singaporean tax laws on the other hand are very clear that tax needs only be paid once on corporate income and profits. This translates into 0% tax on all dividend payments, allowing companies and shareholders to flourish and enjoy their hard-earned success. In the case of the same business making £250,000, with the director drawing out £150,000 of his or her company’s profits in Singapore, they would pay a total of £42,500 in total, otherwise known as much less than what they would pay in the UK.

VAT in the UK Vs Singapore

In the UK, until 2011, VAT (Value Added Tax) was set at 17.5% but rose to 20%. However, under EU Competition Rules, the UK is not allowed to lower VAT to lower than 15% as this would fall foul of the EU’s Competition Rules and Regulations. VAT is added on almost every single good and service provided by UK companies, startups and businesses. If it were reduced, goods, products and services could all become much cheaper and after Brexit, this is surely one of the first taxes that the UK Chancellor should consider reforming and reducing.

Lower VAT will allow for services offered by UK companies, which are a huge portion of the UK’s Economy and growth to become much cheaper and therefore much more competitive, something companies in Singapore are reaping the major benefits of and something journalists, broadcasters and policy makers in Westminster should surely take notice of.

VAT in Singapore is set at 7%, which if implemented in the UK could well mean that goods in the ships and services offered by UK companies could be more than 10% cheaper than at present. When it comes to trade and investment, it would therefore be a no brainer for a foreign company looking to sell goods to on-shore in the UK. Coupled with lower corporate tax rates, UK-based companies would see rapid and sustained growth.

How Can the UK Benefit from Lower Taxes Post-Brexit?

Having left the EU, the UK will no longer be bound by inward looking competition rules set by the EU. We will no longer need to keep our VAT at a rate of 15% or higher and we will no longer be required to maintain current tax levels. Furthermore, by reducing income, corporation and dividend-related taxes, the UK, an already popular and attractive destination for businesses and investors will become much more favourable.

Lower Corporation Taxes will make the UK much more attractive for companies and businesses looking to onshore somewhere that encourages their success, with EU countries such as France charging as high as 34.1% for businesses and corporations, stifling success and profit.

Much like Singapore, by reducing the amount of tax UK workers pay, the current productivity crisis can become a thing of the past, with workers and employees able to enjoy the fruits of their labour. Corbyn and McDonnell talk about a ‘race to the bottom,’ however, by reducing the tax burden on UK workers and citizens, more people will be taken out of poverty, the incentive to work will be greater and the results of one’s hard graft will be better rewarded as it should be.

With regards to businesses and private enterprise, something else the current Labour Party stands opposed to, reducing corporate taxes will not only bring in greater revenue for the exchequer (as is proven year after year with corporation tax cuts) to spend on public services and local investment, but will also provide much greater incentive for businesses in the UK to flourish, succeed and prosper, much like the case in Singapore, where huge growth and innovation is demonstrated year after year after year.

We often hear of how good Singapore’s public services and healthcare are and this is in no small part due to their encouraging of success and innovation as part of their dynamic and modern economy.

Reforming the UK Economy to be more like Singapore should not be seen as a hinderance or a negative thing. Rather, it should be seen for what it is; a great opportunity to break away from the shackles of the protectionist EU and bring the UK Economy into the future. our economy can be much more competitive, much more dynamic and much more ambitious. Simply put, we should think about rewarding success, embracing what Capitalism has to offer, much like Singapore does and we can be more ambitious, productive and prosperous.