What Are Global Trade Deals and How Do They Actually Work? 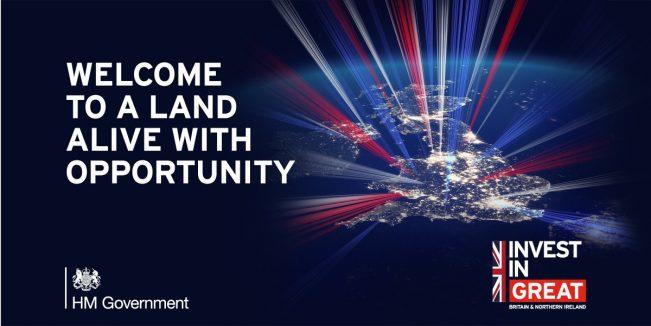 Although a very well-established concept for many years, ‘trade deals, ‘trade arrangements’ and ‘global trade’ are all terms (to name but a few) which have been bounded around since the lead-up to the 2016 referendum on the UK’s European Union (EU) membership. With the UK now officially having left the EU and in the transition period, all eyes are on the deal that the UK is working towards signing with the EU, having just signed a comprehensive deal with Japan and others looking likely to follow.

Boris Johnson has laid out the UK’s stall, with his desire for a strong partnership and a comprehensive free trade deal with the EU. However, the EU are moving more towards a protectionist stance, demanding level playing fields and the UK having to keep in line with EU laws and regulations in perpetuity, accept access to UK fishing waters, both of which are very unlikely to happen and which the UK’s PM has stated are both off the cards.

Along with claims about American food and trade standards, supposed ‘sell-offs’ and all else, the way in which the UK and indeed the world conduct their trade has continues to very much fall under the spotlight, but what does it all mean; what do global trade deals actually entail and how does it all actually work?

What is Global Trade?

Global trade, or ‘international trade,’ refers to the process by which countries exchange products between one another. These trade arrangements tend to be beneficial for areas that may not have the resources to offer certain products to their consumers, or can offer them but at a costly expense. By the very nature of a trade deal, it entails an agreement between two trading ‘partners,’ on either side of the negotiation.

Global trade opens up markets to a wider variety of goods and services and serves to increase market competition within a market. It gives countries access to products that may not have been available locally, and drives competition within the market, inevitably leading to cheaper prices for consumers. However, not everyone agrees that global trade is good for all countries, with some arguing it can be a disadvantage for the smaller nations. In cases where there is a degree of regulation needed, for example to protect a specific industry within a country, trade tariffs may be introduced upon the items or services in question to protect the internal market. This is something the EU for example does to try and stop access to their trade markets.

In short , the ethical and safe trading between countries, for example between the UK and the USA, the UK and EU and many others, is good for free market competition, vital in protecting the rights of consumers to have a choice in what they buy and sell as well as ensuring that there is no monopoly on pricing in any market. Conversely, the socialist model for example, would entail little non-existent free-market competition, with prices, services and trade all dictated to the fullest by the state.

How Does Global Trade Work?

Global trade is essentially a deal concerning the exchanging of products (be they goods or services) between countries. These deals have over time developed a global economy, which has subsequently led to supply, demand, and the prices of products being considerably influenced by events around the globe and so-called ‘freeports’ where possible (more information on freeports) .

Both exports and imports are recorded in the current account of a country, both playing vital roles for countries across the globe, as well as their native consumers. As each country has their own resources and strengths, some will be able to produce specific goods and services more efficiently than others. Those who are more efficient can then go on to sell their product cheaper than other countries, this is for example, one of the reasons why China are so dominant in the global manufacturing market across almost every country.

Many countries will hone in their production to a smaller selection of goods and services to increase efficiency and increase product and service quality. This is referred to as ‘specialisation,’ and is commonly the case for products that are native to the country, and thereby efficient to make. Once a country specialises, they then trade with other countries for goods and services that are less efficient to make locally.

For example, say a specific country is efficient at making wine, and less efficient at making shoes whilst another country is the complete opposite; better at making shoes than wine. The two countries may then logically decide that it would be more cost-effective to specialise in the products they are good at making; one with wine, one with shoes. With both countries in question specialising, they then can trade their respective product with each other, increasing efficiency in acquiring both set of goods.

What Is Free Trade?

As with most things, there are mixed thoughts on how global trade should be managed; one of these viewpoints Is the notion of ‘free trade.’ Free trade is a type of trade policy in which there are no restrictions on either exports or imports. With this type of trade, there are no tariffs (often referred to as ‘tariff free access’ to a market), with the increase of market access intending to facilitate healthy levels of market competition, very often lead to lower prices for consumers on a range of different products. For example, in the UK, one of the reasons that steel and manufacturing are not as big as they once were was because of increased global competition in this very way.

Free trade can also be of great help and assistance to new businesses and startups, enabling their access to global markets. If for example, the UK negotiates various free trade deals across the world post-Brexit, there is every possibility that the UK economy will see a post-Brexit uptick due to more countries and businesses seeking to do business with UK markets and industries, feeding the wider economy.

Protectionism is another theory surrounding global trade. However unlike free trade, protectionism aims to protect local industry within a country by restricting competition from foreign imports. This is traditionally a practice which is associated with those looking to control and dictate market trends and prices. This is achieved through often heavy tariffs, the specific taxes applied to foreign, merchandise and service imports. These tariffs create barriers to global trade, making imports from other countries more costly. This can also cause issues directly for a protectionist country, as such tariffs can also apply to said country when trying to export their own goods and services. The reason for this is that if one country find their goods subject to trade tariffs, they will more than likely.

Protectionism ultimately though does tend to drive down both competition and productivity, as with little competition for the same products or services, the few providers within a market have little incentive to improve. This is one of the arguments against the economic model of the EU; that whilst having a large internal market, it seeks protectionist measures, not allowing true access, tariff-free to more countries to its market, which would arguably increase the competition within the EU’s market. Moreover, for some countries such as the UK within the EU, the protectionist element means that the UK  economy is unable to sell its strongest goods and services to other markets truly freely, as the EU regulates both imports and exports.

Global trade can be seen to reflect so much more than its fundamental meaning, with many using it to understand deeper meanings as to the world’s global dynamics and ideologies. Author and TIME correspondent Hayley Edwards has given a TED Talk titled What global trade deals are really about (hint: it’s not trade) where she explores in detail the history of trade, how it has evolved, and furthermore, her take on what trade deals really boil down to. Edwards states:

Edwards further comments nearing the end of the lecture – “we’re not talking about trade, we’re talking about rules. We’re talking about global rules, global standards, and what kind of world we want that to be…The rules that we pass and that we embrace are the rules of the game that we live in.” View Edwards’s full TED Talk video below:

Tips for Buying a Restaurant

What is SEIS and EIS?

What Should Be Included in Your Terms and Conditions?