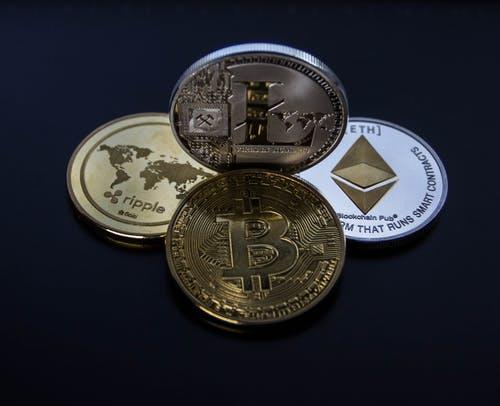 The majority of the leading crypto exchanges malfunctioned around the world amid the historic price drop of bitcoin. The price of the biggest digital currency dropped as much as 18 percent, resulting in panic selling in the market.

As the price started dropping, many of the investors rushed onto crypto exchanges and started panic selling their bitcoins, further supporting the price drop. Due to the huge activity on the servers, numerous leading crypto exchanges froze for hours, not being able to provide services to their clients.

Bitcoin price drop happened right after many traders anticipated a possible price increase of the digital asset. As El Salvador officially adopted bitcoin as a legal tender, many believed that it would positively affect the digital currency, showing people how helpful it can be for countries around the world.

However, the adoption in the country was not as seamless as some anticipated. There were several challenges with the government’s digital wallet, Chivo, and many people were not even able to download it on their phones. Some even gathered at a rally, protesting the ongoing events in the country.

Although the developments in El Salvador were not the main thing influencing the huge price drop of bitcoin, it surely is one of the factors. Many experts are saying that other reasons include technical factors, but it is hard to say that one specific thing influenced the price drop.

Bitcoin was not the only cryptocurrency to fall, however. Many altcoins in the market suffered even greater losses on Wednesday. This included Ethereum, Dogecoin, and many others. Ethereum and Cardano were both down 12%, while Dogecoin was down as much as 31 percent.

Why Did Exchanges Freeze?

Whenever something of this scale happens in the market, investors have a tendency to panic. In an effort to somehow save their investments, it is hard for many to control their emotions and they start panic selling their assets.

The scale of Wednesday’s developments was huge, which resulted in hundreds of thousands of investors rushing onto their exchanges and selling the assets. This has further supported the decrease of the price, but it had another outcome – the servers of some of the biggest crypto exchanges were simply unable to survive such a huge demand.

As a result, the services of world-leading exchanges froze, not being able to confirm investor’s orders for several hours. Some people even lost connection to their funds and accounts altogether, both with mobile applications and websites.

However, there was one company that somehow managed to survive all of this. The platform for crypto trading Bitsgap.com, which is a software created for trading automation, managed to follow the orders of its clients without any problems.

Bitsgap stayed fully functional and operational and processed over 15 million orders in only 24 hours, which is a huge number. During peak loads, the software was able to confirm over 15,000 orders per second. This was possible thanks to the hard work that the team behind the company has put into regular upgrades. Simply put, Bitsgap was one of the few companies in the market that was ready to face such a huge market turmoil.

Some of the biggest crypto exchanges in the market, such as Coinbase, Bitfinex, Gate.io, and many others were unable to withstand the critical load on their systems. However, all of these exchanges were still accessible with Bitsgap.

This shows exactly how important it is for companies in the crypto trading market to always be up-to-date to the highest standards and always be ready for something huge to happen.

Prior to the historic drop, bitcoin was actually performing quite well. The digital currency soared over $52,000 in just the previous week prior to Wednesday. Following the El Salvador adoption, the currency suffered a major fall of around $8,000, selling at just around $42,000.

The huge price dip was not highly anticipated. In fact, some people were hoping for a return to the April 2021 highs of $64,000 and a return to a one trillion market cap. After the huge drop, the price of bitcoin increased a little bit, selling at around $46,000 at the time of writing. The market cap of bitcoin was around $946 billion in late August and it dropped to $853 billion on Wednesday.

All of these happened as El Salvador finally started accepting bitcoin as a legal tender. While President Bukele was very confident in his decision, it was met with some confusion and protest in the country.

Prior to the adoption, many crypto enthusiasts had said that it was a very important moment for not only bitcoin but for the whole crypto industry as well. Some said that success in El Salvador could trigger a domino effect, meaning that many other countries could follow El Salvador’s decision. But, the role of El Salvador’s decision in the price drop is still up for debate.

The recent drop in bitcoin price was the largest fall ever recorded in the history of bitcoin. It once again shows how volatile this asset can be. While bitcoin’s drop was very significant, other digital currencies saw even worse falls.