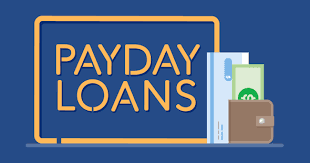 The payday loans industry was once hugely lucrative and valued at around £2 billion, with payday loans giant Wonga generating millions in profit each year. But when the Financial Conduct Authority took over from the Office of Fair Trading in 2014 (and started in begin 2015), there was a significant clean up of the industry.
Something driving this huge market valuation was the role of unregulated activity which meant lenders were potentially selling loans without appropriate affordability checks. Equally, the role of payday loan brokers was huge, whereby data was easily sellable and customer details were recycled again and again.
An effective clean up of the industry has significantly diluted the power of brokers and indeed lenders, with a stricter criteria now for all stakeholders. In our recent article on what is the payday loans industry worth, we see that it is not merely a fraction of its once self. Whilst prior to 2015 there were over 200 payday lenders and 1000’s f brokers, there are now merely 50 lenders and only a handful of brokers. These improvements resulted in approximately 760,000 borrowers saving a total of £150 million per year.

January 2015 – Introduction of the FCA’s Measures

The overall aim of the FCA was and continues to be, create more stability, competition and consumer confidence in the payday loans industry.
The price cap: One of the first measures introduced by the FCA was a price cap to limit how much lenders could charge, with the idea that it will create a high barrier entry if it becomes less profitable and margins become tighter, also limiting the number of accepted customers to those with only the best criteria. The price cap is limited to 0.8% per day (Wonga are other competitiors previously charged around 1% per day) which is equal to £124 per £100 borrowed and ensures a customer will never pay double what they have initially borrowed.
Default charges: Other changes included a price cap on default fees to just a one-off fee of £15, whereas previously this was as high as £30 or more for some lenders and could be charged on numerous occasions.
Authorisation: Formal authorisation from the FCA is now required to practice as a lender or broker in the industry. This is lengthy process to ensure that you are fit and proper to offer these services and an application can take 12 to 18 months minimum for a lender and 6 months minimum for a broker. For around a year, companies were required to go through ‘interim permission’ where they could trade short term, whilst their FCA application was being processed.
Again, this has created a significant barrier to entry in terms of time and cost to get up and running and has thus lead to several potential or existing lenders to exit the industry. From a broker’s perspective, the bedroom website operator was significantly de-powered and several spammy looking comparison sites have slowly disappeared from online searches.

The Role of Price Comparison Websites

In May 2017, a new rule was introduced by the FCA and championed by the Competition Market Authority (CMA) after their initial plans in 2015. The change now requires all lenders to display at least one clear price comparison website on their homepage, to encourage customers to compare that lender to others and potential find a cheaper product.
Sky News stated that this reform could help the average customer save up to £60 on their loan. Therefore, now you may notice that all payday lenders will refer to the likes of Money.co.uk, Choose Wisely, Know Your Money, Quiddi Compare and All The Lenders on their websites. This should also help several potential applicants find payday loans direct lenders over potential brokers. See example below from Pounds to Pockets:

FCA is happy with a recent review

A recent review by the FCA stated that they were happy with how the price cap has been functioning in the payday loan industry. Notably, there are less loans being funded but they are going to be individuals who can afford to repay them. They are also pleased with the amount of competition and the barriers to entry that have been set. The price cap will not be reviewed again until 2020, suggesting strong consumer and market confidence in the payday loans industry.

What is the future of the payday loans industry?

In the initial takeover of the FCA, they highlighted their goal to only have 4 legitimate lenders in the industry, but to also encourage competition, a slight paradox. This could still be the goal of the FCA to only whittle down to just a few, large companies who would be easier to oversee.
With less funds being distributed by payday lenders, there is also the issue of loan sharking making a comeback, which is currently an industry worth around £700 million per year.
We could see a rise in alternative Fintech products, with the likes of Drafty and Stepstone Credit offering flexible credit limits to strongly rival payday loans.
The demand for payday loans will not disappear, but it can be managed better and the FCA are certainly doing their job.

Leasing vs Buying a Car for Your Business

Are the $600 Stimulus Checks Helping Americans?