It was announced this week that one of the UK’s largest short term lenders, QuickQuid, is entering administration following a rise in compensation claims said to be worth in excess of £58 million.

This follows the fall of other gigantic companies in the high cost industry including Wonga, The Money Shop, Cash Genie and WageDayAdvance. The once dominant lenders were flourishing in an industry worth over £2 billion in 2015. But the introduction of increasing regulation from the Financial Conduct Authority and opportunity to claim through the Financial Ombudsman Service has seen millions of people claim refunds for high costs they had caused financial difficulty.

Many have been shocked at the announcement of these firms following into administration. How could they stop trading, especially after being so dominant, for so long? And what are the repercussions? And what is next?

When the FCA introduced a price cap in January 2015 and a tougher authorisation process, the less responsible and ambitious lenders swiftly exited the industry – an attempt by the regulator to ‘clear out the muck.’

Since the price cap, lenders have continued to trade and be profitable, albeit on lower margins and lower volumes of lending.

But what has really shaken up the industry is the compensation claims, driven by claims companies who have seen payday loans as a new cash cow since the PPI deadline came and gone.

You have dozens of hungry, ambitious claims management companies aggressively trying to help ex-payday customers reclaim sums on average of £500 – with one lucky individual being able to reclaim £20,000 from a mainstream lender.

First there was Wonga, then QuickQuid, who is next on the claims manager’s list? No doubt they will continue to push claims and profit from this opportunity. When the payday pot runs out, they will move to other industries or types of loans.

The brokering industry is going to suffer

Wonga, The Money Shop and QuickQuid consumed vast volumes of leads from affiliates, brokers and other lead generators. The best customers were usually worth in the region of £55 to £70 and the lowest just a few pence. Pre-FCA, the average lead was worth £6-£12, but today, with less and less buyers, it is worth £1 or less.

The huge industry of pingtrees and brokers will suffer, although there are those that still remain and new entries too, who prefer to operate in a market that is more regulated and has less competition.

Only small lenders will be left

If the big lenders and then medium-sized lenders continue to fall, it will be the smaller lenders that are left. These are the teams of just a few people with a strict lending criteria who have typically funded low volumes and played it safe. They are being rewarded for being conservative over the years and the result is that they will have longevity in their business.

Longer term loans will be offered

The shift from payday will result in longer term loans being offered, starting from 3 months to 12, 24 or 36 months. More and more lenders will try disassociate themselves from the ‘payday’ product and move towards a more affordable, flexible, instalment product – and this is something that has already been introduced by a lot of competitive lenders that remain in the industry.

There were 5.4 million payday loans taken out in 2018 according to the FCA’s figures. But with big lenders exiting the market, there will continue to be this large group of people who cannot get short term loans. This may increase the risk of loan sharking (something that payday loans were designed to restrict) or require individuals to seek other products for bad credit, such as guarantor or secured loans – although a lot of individuals prefer no guarantor loans without having to get an extra person involved.

There are fintech companies and start-ups that are really pushing the alternatives to payday loans.

This includes Neyber – a company-based product offering staff small loans and financial education too. There is Koyo, offering loans for people with no credit ratings and WageStream, helping people extract money from their wage bill before payday comes. After all they have worked 10 days already, why can’t they take their money? 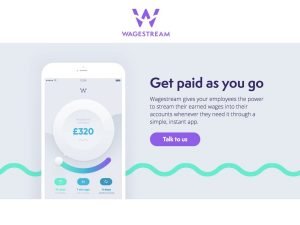 These ideas innovative, clever and have huge financial backing from venture capitalists.

They will need people to adopt their products and use them repeatedly, rather than the traditional of searching for a loan online. It may take some time, but it is good to see and hopefully the direction we are moving in.

How do debt consolidation loans work?