How Fashion and Beauty PR and marketing are changing

Fashion and Beauty have always been one of the leading industries and throughout the ages, companies have used varying techniques and campaign models to promote their products in an over-populated market.

Since the concept of beauty has always been placed on a pedestal by society, especially for women, fashion and beauty PR and marketing has found little problem selling products by previously heavily playing on women’s physical insecurities. This approach is still present, but it is largely changing alongside the Fourth Wave Feminist movement which is calling for a fairer and more realistic portrayal of women in the media.

Male grooming and men’s mainstream fashion has boomed as of recent. This was something which was always advertised and sold, but the marketing campaigns tended to be far more basic and formulaic. With more interest shown in men’s fashion and men’s beauty products online especially, we are seeing a shift in the PR and marketing here in the same capacity.

We are also going to be looking at how the likes of Instagram and YouTube have changed the way fashion and beauty companies construct their marketing and PR. This is a very exciting shift in the industry, making it far more personal than ever before.

A look at the past: Traditional Fashion & Beauty PR and Marketing 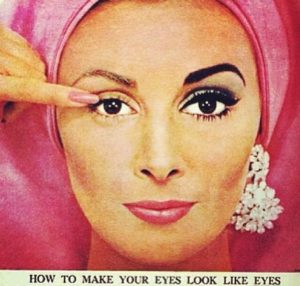 If we take a look at the marketing campaigns of beauty products and fashion items from, let’s say, the 1950s all the way up to around the early 2000s, there appears to be a running theme. The way that companies sold their products was by creating the campaigns with the angle “you NEED this”.

It wasn’t just you need these products, clothes or accessories to be beautiful or fashionable, they also sold a lifestyle along with their products. This is still the case today in a lot of ways, but it is slightly more subtle nowadays and is usually more contextual.

Objectification is a problem within the fashion and beauty industry within their marketing campaigns, but these tend to have less success than they did previously due to many women not buying into the preferred reading any longer and seeking out campaigns which are empowering. In the 20th Century, the objectification of women was a powerful marketing tool to sell fashion and beauty products to both men and women. The objectification theory argues that the image of the woman, as created by advertising, dictates female worth purely on looks and sexual function.

This approach is no longer so welcomed and objectification is often called out if used in fashion and beauty marketing. Many companies have caught on to this and are aiming to go down a more “empowering” route when aiming to put together a marketing campaign. Due to a shift in societal thought, people would rather now feel good than only try and look good as their one goal.

Diversity in Fashion and Beauty Marketing 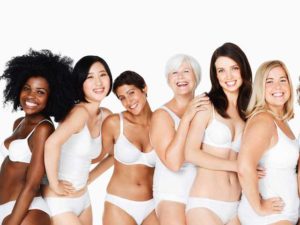 The 20th century was extremely guilty of promoting the idea of a Euro-centric standard of beauty, featuring mainly white, thin and unblemished women. Rarely did you find a woman or man of colour in marketing campaigns in this industry, unless it was directly targeting a certain ethnicity other than white as their audience.

Whilst the fashion and beauty PR and advertising is still guilty of this, it is slowly changing for the better. There is far more diversity seeping into mainstream marketing campaigns, not only just in terms of race, but also for those with disabilities and varying body shapes & sizes. This was found to be attractive to the consumer as they feel far more represented and less attacked by the campaigns which have been telling them “you are not good enough, buy this and you might be”.

There is still a long way to go in terms of creating an environment of inclusivity and representation for all in fashion and beauty PR and marketing. However, the companies aiming to make a difference in this way can provide hope for the future.

Technology and the rise of the Influencer

Technology and social media are responsible for one of the largest shifts in the techniques of the fashion and beauty industry and their marketing and PR. The internet, in general, helps companies to further their reach, so far, more people are consuming their campaigns and more quickly and easily than ever before.

We now see a rise in Influencers and Bloggers who act as mediums of marketing for companies within the industry. The beauty of influencers on platforms such as Instagram or YouTube and bloggers is that they are sort of considered “one of us”, almost like a friend through the screen. They have spent years building up an organic and trusting following who will engage with the content they put out, which is why having such a following is of such great value to fashion and beauty companies.

If you’ve watched my new drive with me video (uploaded tonight hehe) you’ll know I’ve been getting back into the gym and it’s been made much easier with the new @womensbest Amino Energy product! It’s a 2 in 1 formula that works as an energy booster + a source of amino acids – it’s not *necessary* for progress but I personally find it useful as I like to train first thing in the morning on an empty stomach and this allows me to have lots of energy – plus I’ve always sipped on BCAAs as I’ve trained anyway ???? my fav is the ice tea lemon cus it tastes like sherbet! What are your fave supplement products and why? I want to try some new things ☺️???????????????????????? #womensbest #sp (DISCOUNT ELLE10 for MONEY OFF)

Long have big names such as Cheryl Cole for L’Oréal or Justin Bieber for Calvin Klein been used to sell as products. However, this seems less personal and authentic than the influencers we choose to follow. In fact, L’Oreal has chosen to incorporate Influencers alongside conventional celebrities in a recent campaign.

Companies can use these influencers to promote their products for a fee based on their following, enagement and their content. They then do not have to worry about how the marketing campaign will reach its target audience since the followers of the influencer have chosen to follow them for what they post about. For example, someone interesting in men’s fashion will be following an influencer who posts predominantly about the topic. Therefore, any men’s fashion companies would find it valuable to use their social media’s as a platform as fewer people will simply scroll past without engaging.

Fashion and Beauty Companies also send out PR packages to a range of influencers for free, hoping they will provide exposure for them via Instagram post, Instagram Story, Snapchat, YouTube videos or in a blog post. This also helps to build up a relationship between brand and influencer, and then by default the consumer.

Do Startups Need an Office?