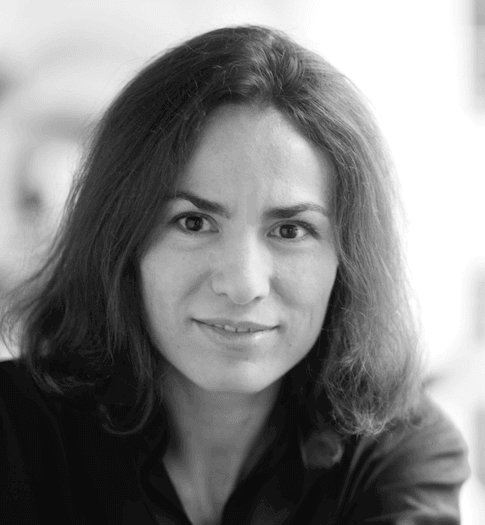 When asked what does IWD mean to you? Isabelle Decitre, founder and CEO of ID Capital responded, “I would love to be at a stage where it does not mean anything anymore because there is no need for an IWD anymore. However, experts say that none of us will see gender parity in our lifetimes, as it will not be attained for almost a century.”

“I grew up thinking that gender inequality was a matter of the past, that the fights of so many feminists from around the world had paved the way for unrelenting progress. Finishing my studies at École Polytechnique, in a school that has a military status, was in a way the epitome of gender parity in action.”

“It’s only later that I realised both in my professional life and through exposure to very different social contexts, that I was fortunate to have been raised in an environment where gender bias was maybe not completely absent, but mild and charming enough to be handled easily, and even be a stimulus for progress. And that in many places of the world, and even not far from me in France, women were not as lucky as I was.”

“It was a shock to realise that gender discrimination was so subtly pervasive in my business environment, even in France.”

“IWD is thus a moment for me to reflect on where I can make a difference the remaining 364 days of the year, and which of my actions can have a multiplier effect. Each of us can move the needle a bit, just a bit, and all together we can move mountains.”

“I believe things only change radically when male decision makers experience very personally how gender inequality is insufferable. Statistics don’t generally drive more virtuous behaviours. They certainly strike a sensitive chord to some, but too often, they remain a distant reality.”

“This trigger can be many things. It’s a father realising that his dear daughter, an accomplished executive, is reaching this pivotal point of her career where she has to choose between a family life and her career – and that it makes her deeply unhappy.”

“It can be a manager losing his best talents. And here I am just referring to examples that are closer to my lifestyle, but the challenge is immense in underprivileged environments, and in rural parts of the world.”

“In any case, men need to be more aware of the specific issues faced by women. Unconscious bias remains an important part of the challenge. I have worked with a number of men who would swear up and down they are very aware of and resolutely against gender discrimination at work, and not just because it is the right thing to say. They were not realising that under the guise of some kind of “good education” they were just making old social patterns the norm.”

When asked what advice would you give women struggling in a male dominated industry? Decitre replied “First don’t lose your sense of humour. It’s a powerful weapon and will keep you mentally sane.”

“I have been in so many meetings where the director chairing the meeting would enter the room last and say “Good Morning, Gentlemen!”. You can go ballistic about it, and for what result? Or you can just decide to find it hilarious (They are the problem, not you) and I bet many men (and women) will follow you.”

“More generally you can try to practice “corporate judo”: leverage the weight of your opponent to your advantage. For which you first need to be self-aware, realise where your strengths and weaknesses lie and how you are perceived in the organisation. And then play to your strengths, even if they are stereotypes.”

“Realising early on in my career what I derive a deep sense of fulfilment from really helped me a lot. It helped me operate what lots of people would consider as a complete U-turn, leaving 20 years of corporate career in the luxury goods industry for the nascent investment vertical of sustainable agrifood solutions.”

“I had dabbled into this latter during my last corporate years as CMO of Hennessy (the H of LVMH). At that time, I was struggling to dream about what was next, to define my next ambition because there were all these people I should logically have wished to get a similar job to, and yet I could not relate to them. I did not want their jobs because I did not want their lives.”

“Today, I run a business investing in agrifoodtech start-ups, consulting for a number of stakeholders and large corporations in that space, and with my team, we have catalyzed a much bigger ecosystem, out of Singapore, through our Future Food Asia platform. There has been a lot of trials and errors along the road, but giving yourself permission to fail is kind of liberating.”

“I also realise you don’t need to be the biggest to have massive influence, and it’s probably a form of impact women are quite comfortable with.”