Sriya Sundaresan – Co-founder of the Energy and Clean Air Analytics 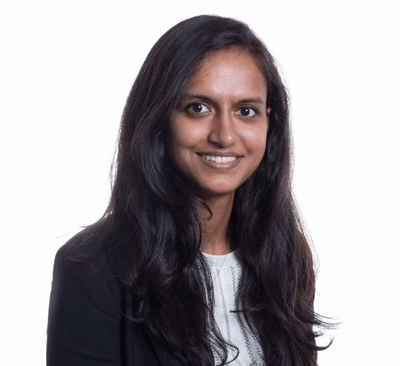 “IWD means celebrating the achievements of women across the world, while recognising how far we have come and how much there is yet to achieve. For me personally it’s a day to feel inspired by amazing and accomplished women that motivate me to make every day choices to continue to fight for equality.”

“Men can help achieve equality by not only being allies to women, but also by being advocates – whether that is promoting women on their teams, creating gender inclusive policies, or taking on tasks that women typically assume at home and being a positive role model to their children. There are so many ways for men to be active and visible agents of change.”

“Men are a critical part of enabling inclusive and representative culture in the workplace and their involvement has to start early and be upheld. As a female Co-founder, even though I have the ability to set the policies and establish the culture I want in my organisation, I wouldn’t be able to see any success if my male colleagues didn’t do their parts in maintaining an equitable environment as well.”

“Personally, in my career and especially as a founder I have gotten so much support from female entrepreneurs. I’m part of a few groups of female founders and it has been such an engaging, helpful and inspiring community to be a part of. Not to mention, it has helped me be so much better at my job! Before that, it was usually women who were my best mentors and helped me become better at my job.”

“The way to break the cycle of women competing with each other instead of supporting each other is to make the first step to start the feedback loop of paying it forward. Providing support, even in small ways, can yield such positive results for someone’s career and I have benefited from that many times, and in turn it has helped me provide similar support to women I hire or women who are seeking out mentorship.”

“Find someone who inspires you to be your mentor and ask! Women are constantly made to feel like asking for things (raises, support, mentorship) is making them a burden. I would really recommend trying to put yourself out there and ask for guidance when you need it. At your job, finding a mentor could be identifying someone who inspires you and then working with them to show them how good you are at your job. That could lead to a great professional relationship down the road.”

Rebecca Prior – Founder of Priormade