‘Brexit is going to certainly affect large organisations’ the impact of Brexit on business owners: interview 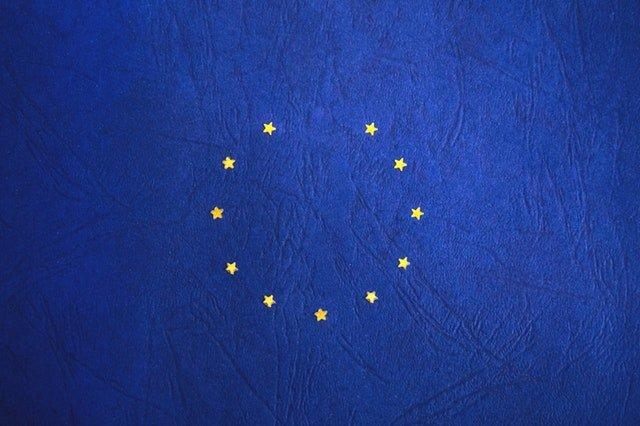 What will be the impact of Brexit on business owners in the UK? We spoke with Jacqueline Watts, lawyer, and director of A City Law Firm, to get her thoughts.

Has your company, A City Law Firm, experienced an uptake in business owners considering Brexit advice following the General Election?

I think a lot of companies have been hesitant to do anything given the uncertainties we have lived with since the referendum, so honestly I would say that we are yet to truly see a surge of clients really focused and concerned with Brexit.  I would expect that once we get closer to the end of the transition period and we know what changes are ahead that clients will take notice and start looking to put in place plans to deal with the new laws. With GDPR almost two years on, and despite almost mass hysteria on the topic, we still see clients who have done nothing to address the changes.

That said, one area where we have seen concern is about attracting and retaining talent, especially in the technology sector.        We have seen some company’s affected by this to post-pone scaling and fundraising to address talent attraction and retention.

If so, any particular industry?

Once we know truly what impact Brexit will have on our legal system we expect to see clients looking to implement changes to their contracts and commercial relationships. We also do not know what will happen after the transition period with intellectual property protection for UK registered mark but presumably, these will eventually not be part of an EU Mark.

Have the results of the General Election had a considerable impact on A City Law Firm’s day-to-day practice?

In reality, the election has not caused many issues for us. I think that clients, especially business owners, are waiting to see what everything will actually look like in a post-Brexit world. At least for the transition period we have a degree of certainty and we expect business owners to focus initially on issue directly impacting on revenue, and how their business will look and function in a post-Brexit landscape before they then address legal issues. Once we have more certainty we will be reaching out to clients to ensure that they have in place necessary documents and processes to comply.

We have seen an uptake on investments and in fact, there has been no slowdown in the market. There are many opportunities for UK businesses with Brexit that all businesses commercially should be embracing.

As a law firm, which industries do you believe will most likely be impacted by Brexit?

All industries will likely be impacted as this is a matter which is widespread and will affect all sectors in some way. All aspects of life are likely to be impacted in some way, especially for those running businesses.

Those that are based on specialist staff, such as technology businesses are concerned about the movement of its workers and ability to contract with overseas entities but, whether this will actually be a real concern or problem is yet to be discovered.

Legally, do you expect Brexit to affect startups more than large organisations?

Not necessarily. Presently there are still tax incentives for startups such as EIS and SEIS schemes, designed on the whole to try and encourage early stage investment in UK companies from U.K. investors.

I believe Brexit is going to certainly affect large organisation as they are likely to have issues with regard to recruitment  which is likely to drive wages up in the UK.  Depending on the systems in place at the end of the transition period and the level of certainty for the businesses we expect to see a number of businesses who trade with the EU to take steps to set up EU based establishments until there is a degree of certainty as to what the UKs relationships, laws, tariff/ tax will look like when dealing with the EU. One would hope this is prioritised by both the EU and UK prior to the end of the transition period ( and well beforehand) so businesses can properly plan.

How can business owners and startups think ahead when it comes to preparing for Brexit?

They can review their commercial contracts and employment contracts now. At this stage, and before knowing really what the long term system and implications will be, they can ensure that they know how many employees they have from the EU and that such employees can show that they have EU settlement status or pre-status.  The onus is on the employer to ensure an employee has the right to work in the UK otherwise there are criminal sanctions and they face a significant fine. If you are unsure of an employees right to work in the UK it is important to speak to an employment lawyer or immigration lawyer experienced in this area.

Further, you need to carefully map out all cross border trade and think carefully how this may be impacted after Brexit especially if there is a period of uncertainty. If you are in logistics have proper provisions and contingency plans been put in place. If you are exploring new brands and territories within the EU is it commercially worth taking advantage of the UK being part of the EU for the trademarking before the end of the transition period?

We don’t expect to see a complete revolution or u-turn on fundamental EU laws, such as GDPR. Regardless of all companies, even if it is just for the transition period must ensure that they are and remain compliant with not only UK laws but all applicable EU law. You are not going to be able to rely on Brexit as a defence, if the law applies it applies regardless of what the law may or may not be in the future.  We would urge all businesses not to fall foul of listening to hype and mass hysteria and take appropriate steps based on professional guidance affecting your business.

Is it risky for business owners to simply do nothing when it comes to Brexit preparations?

I think this is rather misleading as it is risky for any business to do nothing and not take steps to ensure that they are fully compliant for any upcoming legal changes whether that be domestic, EU or international. What is also risky however, is failing to take appropriate advice and fall into a trap of ‘throwing the baby out with the bath water’. There is going to inevitably be a period of uncertainty but also a transitional period where nothing will really change.  It’s important you stay up to date using a reputable source about upcoming changes rather than just media speculation.  Your legal team should be able to guide you on this.

Will data flows be a big problem for tech startups post-Brexit, given that personal data is usually received from the EU?

Whether you are transferring data or receiving data from the EU or from the rest of the world, businesses need to review their compliance procedures. This needs to be in place prior to Brexit and during the transitional period. They need to ensure that they have GDPR and Data Protection Act 2018 Privacy and Cookies policies. They also need to know who they are passing data between and have Data Processing Agreements in place or Data Sharing Agreements in place. Data flow will be a big problem for all companies that are not demonstrating compliance. This is regardless of Brexit and is a consequence of an ever digitalised world where data is a valuable commodity.