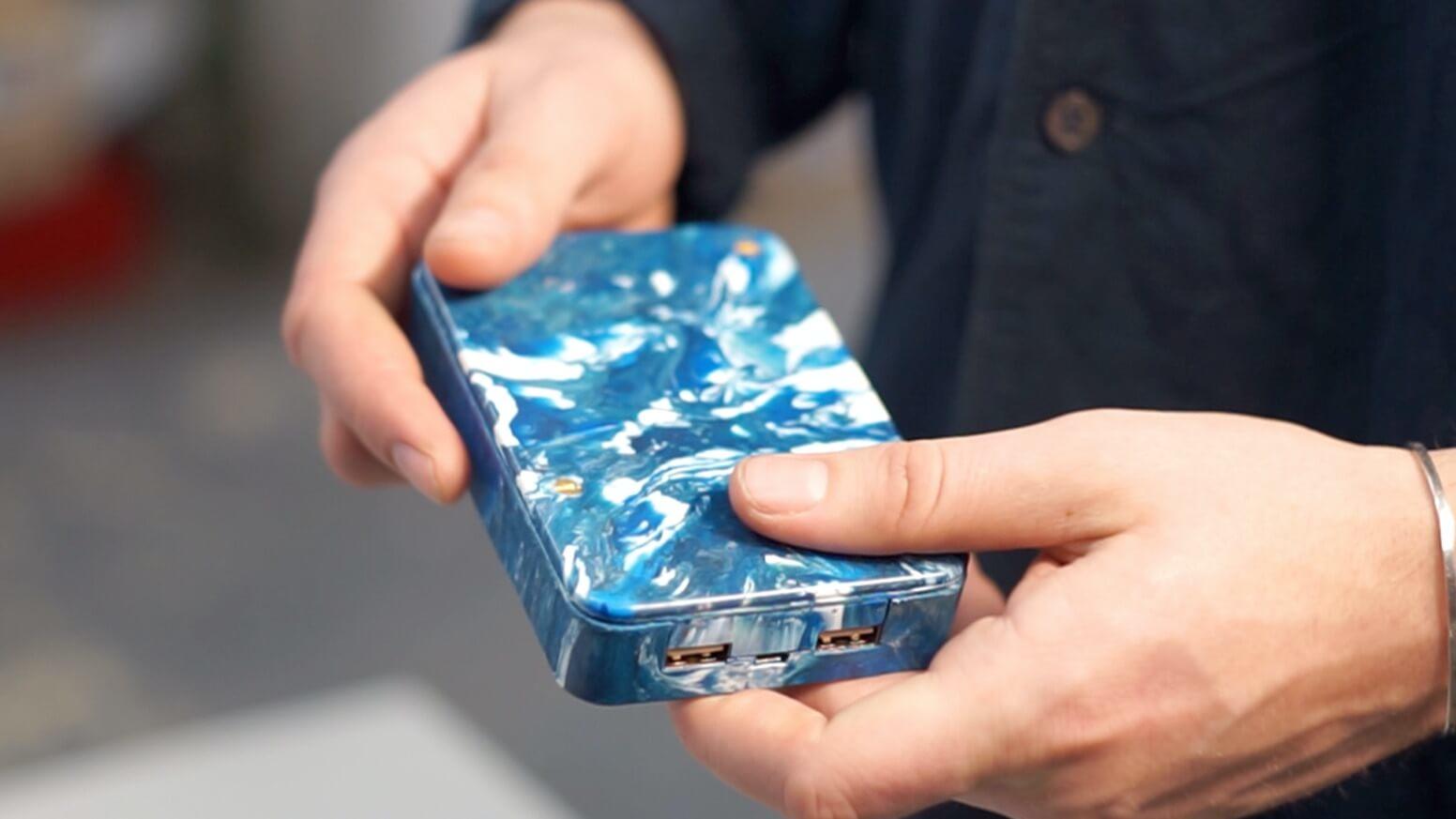 They started out in 2018, transforming unwanted plastic bags and wraps into colourful, marbled Bluetooth speakers. They have now evolved into something more than a single concept, creating more and more sustainable products, and collaborating with other brands. The startup aims to prevent plastic waste and electronic components that have reached the end of their life from going to landfill, being incinerated and polluting the environment. After looking into what they do, and how they do it, we decided to catch-up with Gomi’s founder and designer Tom Meades to get the latest on the startup and learn more about it from its mastermind.

Gomi Was Born As A Speaker, But It Has Now Evolved Into Something Bigger. Can You Tell Me About It?

Today Gomi is not just a speaker, but a sustainable design studio. We make sustainable tech products from waste for millennials and generation Zs. Tech is one of the most polluting industries in the world, but with our work, we want to challenge that and show what can be done with refurbished batteries that would otherwise go to landfill, as well as plastic waste that would be incinerated. We aim to turn waste into something fun, loud and trendy. Something that people would like to show off to their peers. I would say that our products try to tick two boxes: desirability and sustainability.

This Year You Have Launched Portable Chargers. How Did You Come Up With The Idea?

Since we started with Gomi and dropped our first Gomi Speaker, we received a lot of exposure in the media, which I’m really amazed about, as we were just starting out. People got talking, especially younger people, and many started following us on social media. We realised that we needed to create something that would be affordable for everyone. Our speakers were relatively high-end products and were only dropped in small quantities, as limited editions. But with more and more people showing interest in our concept, we wanted to come up with a new sustainable design that would be accessible to everyone, as well as somewhat necessary.

The idea of a portable charger kept coming up. We agreed it was something that our followers would be interested in using in their day-to-day lives. It’s a really fun, kind of loud, playful product, but not too expensive, and we expected more people to buy it. We thought that if we could sell a much bigger quantity of chargers, as compared to our speakers, we could save and repurpose way more waste material than we previously did.

You Developed And Launched The Chargers In A Short Amount Of Time. Why Is That?

We came up with the idea December 2019, and we launched it on Kickstarter at the end of March 2020. I think that, as a startup, pitching and creating products in a short amount of time is really good fun and it allows you to fail fast. If it wasn’t a success, at least we didn’t waste years developing an abortive concept. Luckily, our March launch was indeed a success. We had a target fund of £4,000, which we reached in three hours only, and we ended up surpassing it massively, reaching nearly £30,000 in a month’s time. We were in shock, to be honest.

What’s Next For Gomi?

We’re planning on releasing a brand new speaker this September, which will be way more affordable and portable than our first Gomi speakers. We designed it in a way that would make it less expensive, but also good in quality, as well as lightweight and portable. For this one, we decided to focus on outdoorsy people as our target consumer, and we thought a lot about what kind of product they would love and use while outside. We want to offer a new sustainable device that people can bring on their adventures, to the park, or to the beach. It will have amazing sound quality – we’re collaborating with a big name in the audio industry for this drop – and it will be small and easy to carry on trips and travels.

Fintech Predictions for 2021 – What The Experts Say