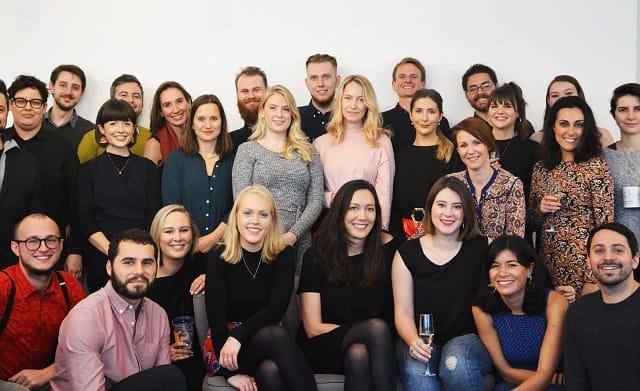 Elvie is a health and lifestyle brand developing smarter technology for women. Elvie are committed to building extraordinary products that improve the health and lives of women everywhere and at all stages of life.

Elvie’s first product, the Elvie Trainer, is an award-winning app-connected Kegel trainer that helps women strengthen the pelvic floor via fun, five-minute workouts. Launched in October 2015 to great acclaim, Elvie took the wellness industry by storm. Elvie’s street cred includes more than 12 awards for innovation and design, including the prestigious CES Innovation Award, IDA Design Award and Red Dot Award. As a business, Elvie has been recognized as one of Wired’s ‘hottest start-ups’, named as one of the 15 start-ups “To Watch” by The Sunday Times and both products have been featured in the Oscar Nominee Gift Bags.

Elvie recently launched their second innovation: Elvie Pump, the world’s first silent wearable breast pump, which is making it possible for new mothers to pump anytime, anywhere. The Elvie Pump received international praise following its unveiling on the catwalk at London Fashion Week and at the Consumer Electronics Show (CES) in Las Vegas.

In 2013, Elvie raised $1.4 million in Seed round funding. Those funding the round were not disclosed. Elvie reached profitability by 2014 after their Elvie Trainer was featured on Goop.

Elvie announced in April 2019 they raised $42 million in financing. IPGL led the round which included participation from Impact Ventures U.K. and Octopus Ventures. They committed the money towards developing additional products.