P*rn, Alcohol and Sweets: How Men and Women Are Dealing With Covid-Related Stress 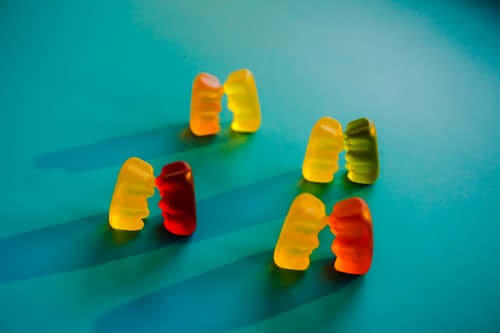 COVID-19 has upended stress binging stereotypes, with women consuming more alcohol and explicit content via the internet, and men eating more sweets and chocolate, according to a new study by Ben-Gurion University of the Negev (BGU) and Yeshiva University researchers. Earlier in the lockdown, it was predicted (including by TechRound) that there will, as a result of how people have had to modify their behaviours and places of work, be a baby-boom in the coming months and years as a direct result.

However, the study conducted by Ben-Gurion University of the Negev (BGU) and Yeshiva University shows that the fairer sex are in fact, indulging in some of the ‘stress-relieving activities’ typically associated with the male population.

“Countless studies show that in highly stressful times, men typically consume more alcohol and pornography, while women turned to sweets for their binging,” according to Dr. Enav Friedmann, head of the BGU Marketing Lab at the Guilford Glazer Faculty of Business and Management, who collaborated with Gal Gutman, a BGU Ph.D. student, and Dr Gil Peleg from Yeshiva University. “The COVID-19 pandemic has upended these assumptions as our research debunks the commonly accepted perceptions of various stereotypical behaviours. Under pressure, we are more alike.”

In the ongoing research project, Dr Friedmann conducted a survey of 115 participants in the United Kingdom (46 men and 69 women) on their consumption habits. An additional experiment to measure facial responses was also conducted using special sensors.

“Previous research stressed the biological differences between men and women, but the stress from the pandemic has caused both sexes to be flooded with emotions that neutralise gender consumer behaviour and lower emotional regulation,” Dr Friedmann says. The stress allows us, in effect, to see the automatic behaviour stripped of its gendered expectations.”

The researchers found that among men, stress led to low emotional regulation and increased chocolate consumption but didn’t change their consumption of explicit content online or alcohol. Among women, similar low emotional deregulation led to increased alcohol and pornography consumption, but gobbling sweets was consistent. Friedmann called this taboo-breaking impulse a “disruption of inhibition,” and claims that it is caused by people lacking the cognitive energy to apply stereotypical gendered norms to their behaviour during times of stress.

The paper will be submitted shortly for publication.