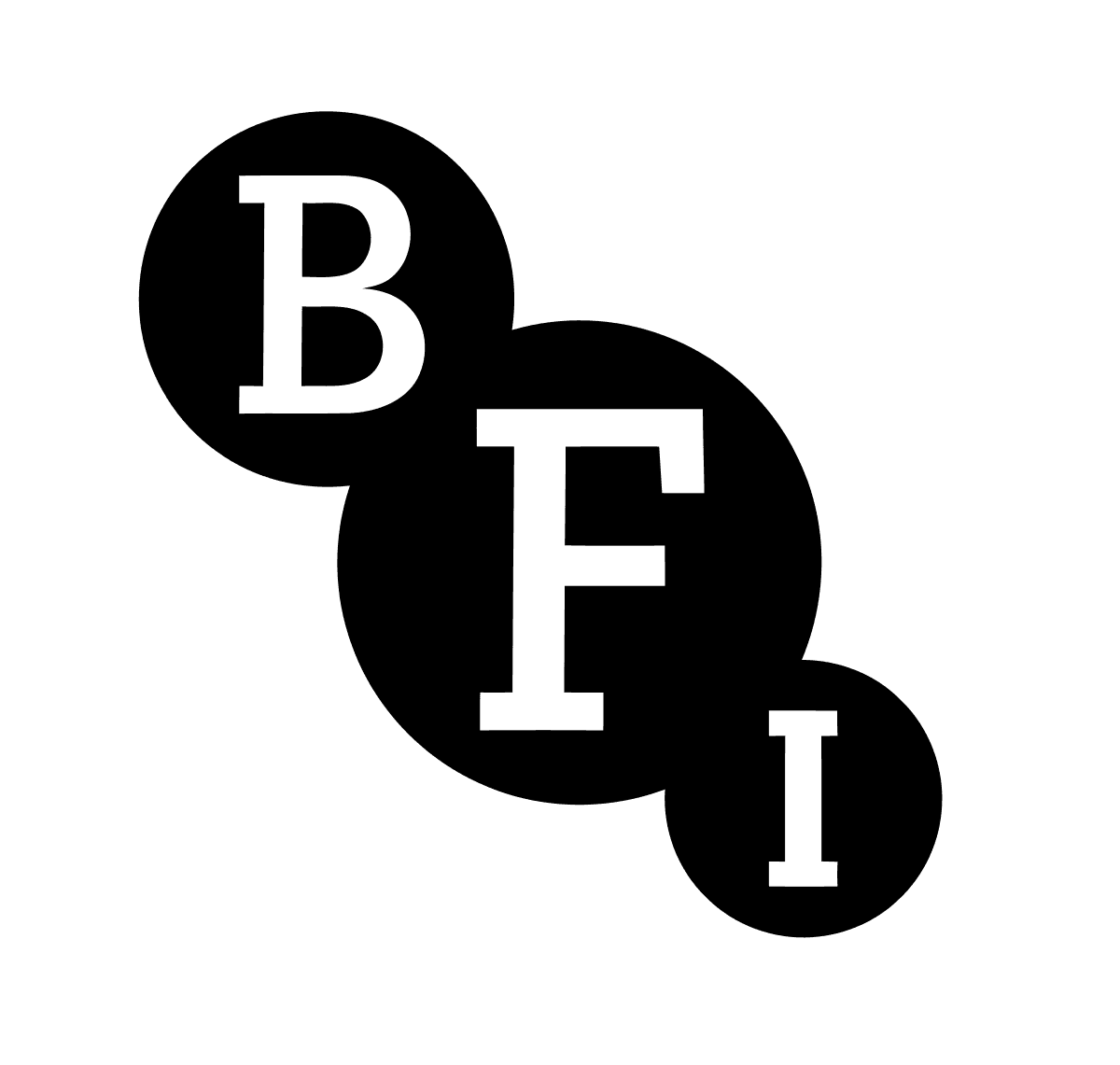 The 64th BFI London Film Festival in partnership with American Express came to a close with a virtual ceremony announcing the winners of the inaugural Virtual LFF Audience Awards and the prestigious IWC Schaffhausen Filmmaker Bursary winner, in association with the BFI, which was won by Cathy Brady (Wildfire). This year, the Festival Awards were placed in the hands of the audience with all contemporary films presented virtually being eligible.

Screen International Star of Tomorrow and first-time feature director of Wildfire, Cathy Brady, is the winner of the IWC Schaffhausen Filmmaker Bursary Award in association with the BFI. The £50,000 Bursary, which awards an outstanding first or second time UK writer, director, or writer/director presenting work at the BFI London Film Festival, was presented by Christoph Grainger-Herr, CEO of IWC Schaffhausen. Brady, who is from Northern Ireland, was selected as the winner by Grainger-Herr along with Ben Roberts, Chief Executive, BFI, and acclaimed actor, director, screenwriter, producer and poet Michaela Coel. Wildfire, which premiered at the LFF on 10th October, tells the story of two sisters whose familial bonds are pushed to breaking point in a simmering drama set on the Irish border.

Director Cathy Brady said: “I’m deeply honoured to receive the IWC Schaffhausen Filmmaker Bursary. In a year that has been so turbulent for so many, it feels like a safe harbour and for a first feature filmmaker, the chance to recalibrate, dream and immerse myself in the next project is such an incredible gift. Thank you IWC and BFI.”

Michaela Coel said: “Wildfire is a compelling story, expertly told and unlike anything we had seen in UK filmmaking before. Cathy weaves an emotionally rich, intimate story of two sisters elegantly framed against a wider, politically charged backdrop, she says so much without saying very much at all. Great films make you think and jolt you out of your comfort zone, in the very best way Wildfire was deliciously uncomfortable!”

Christoph Grainger-Herr, CEO of IWC Schaffhausen, commented: “We are delighted to be a part of the fifth annual IWC Bursary Award in association with the BFI. Since its launch the Bursary Award has given emerging and aspiring filmmakers the opportunity to amplify their creativity, giving them a platform from which they can convey their talent and showcase it to the world. The legacy that has been created from this award is something we are extremely proud of, and I do not doubt that all three finalists will go on to great things.”

Ben Roberts, Chief Executive, BFI said: “All three finalists presented astonishing first or second feature films, further evidence of the UK’s exceptional filmmaking talent. Supporting filmmakers through the earlier stages of their career is one of our top priorities and we’re incredibly proud of how our partnership with IWC has contributed to this for the past 5 years, and hopefully many more. Congratulations to Aleem, Francis and Cathy, we can’t wait to see what you do next.”

The other nominees this year were Aleem Khan, director of After Love and Francis Lee, director of this year’s Closing film Ammonite.

Tricia Tuttle, BFI London Film Festival Director said: “There was never a moment in this utterly crazy year when we considered not delivering a BFI London Film Festival. We know LFF means too much to both filmmakers and audiences. So how fitting, then, that we put audiences in control of the Awards this year with our first Virtual LFF Audience Awards. And dammit, don’t our audiences have great taste?!” This year’s winners were Thomas Vinterberg for Another Round, Benjamin Ree for The Painter and the Thief, Tommy Gillard for Shuttlecock and Anna West and David Callanan for To Miss the Ending.

Underscored by delicate and affecting camerawork, director Vinterberg’s spry script, co-written with regular collaborator Tobias Lindholm, uses this bold premise to explore the euphoria and pain of an unbridled life. At its heart is Martin, an unappreciated tutor, husband and father. Playing a once brilliant but now world-weary shell of a man, the ever surprising Mikkelsen delivers a touching, note-perfect performance – including surely one of his most lithe and memorable onscreen moments to date. Thomas Vinterberg said: “Thank you to the audience at the London Film Festival for bringing this award to us. We are very proud to receive this from a British audience; it’s a great honour. We are so sad that we can’t be there.”

The sheer audacity of the theft of artist Barbora Kysilkova’s enormous paintings from the windows of an Oslo gallery immediately piqued documentarian Benjamin Ree’s interest. Neither he, Kysilkova nor the perpetrators could have predicted what happened next. During the trial Kysilkova asked one of the accused why he took the paintings: Karl-Bertil Nordland answered ‘Because they were beautiful’. Deeply affected, Kysilkova contacted Nordland afterwards to request a rather unusual form of restorative justice: to paint his portrait. Both damaged outsiders and creative in their own ways, Kysilkova and Nordland found something in one another akin to a strange form of therapy. Blending elements of love story, mystery and biopic, with non-linear storytelling Ree crafts a beguiling take on the long roads back from (other people’s) bad choices.

Benjamin Ree said: “Thank you so much BFI London Film Festival and to all the people who have voted for the film; it’s a great honour for us to win this prestigious award. There’s two people I would like to especially thank and that’s Barbora Kysilkova and Karl-Bertil Nordland, the two main subjects of the film. The way Barbora approached Karl-Bertil at the trial, when he had stolen two of her most valuable paintings, was so moving to hear and that’s the reason I wanted to make this film: “I did not see the thief in him”, she told me, “I saw a human being”. Who would have known back then that the painter and the thief would become such good friends? I have missed being at the Festival this year (and visiting the BFI film store which has been my favourite since I was 11 – buying rare DVDs and books to learn more about filmmaking) but I would like to say that I’ve been really impressed by this year’s digital Festival.”

Carl is king of the court. But today he’s very distracted. This highly amusing comedy playfully combines homoerotic vibes with toxic masculinity on a badminton court. Tommy Gillard said: “I want to say a huge thank you to everyone who has watched and voted for the film – this is an amazing honour. London Film Festival is my favourite festival and I go every year with my mates and so it’s an honour to be included and it’s even more of an honour to be named as the winner for the Best Short Film.”

Imagine a world where there is no air left to breathe, no rivers to race a paper boat on and no parks to roam in. Environmental damage, job-automation, the breakdown of personal connections have led to a future where the best choice of survival is to upload your own memories into an automated AI cloud server and reconnect with loved ones in the vastness of the net. This hypnotic narrative unfolds around five characters, increasingly struggling to access their uploaded memories. Set in a breathtaking visual landscape, this dystopian future unravels slowly around you, leaving you challenged to re-think your own beliefs and actions. It’s an exploration of a possible future that says much about our present lives.

Anna West and David Callanan said: “The BFI’s LFF Expanded has been truly special to be a part of. Our work itself talks about the scary and unstable times we’re living in, and we’ve really felt that this year. The film was made under COVID restrictions, and with an incredibly small creative team, most of whom are Manchester based. This means a lot to us all and the work on show at this festival is a real demonstration of the resilience of our industry. Our thanks go to the BFI, to everyone who watched and voted, to our small and brilliant team, and our funders New Creatives, Tyneside Cinema, BBC Arts and Arts Council England. We’re so happy that this work has had a life outside our homes, and thrilled that people enjoyed it!”