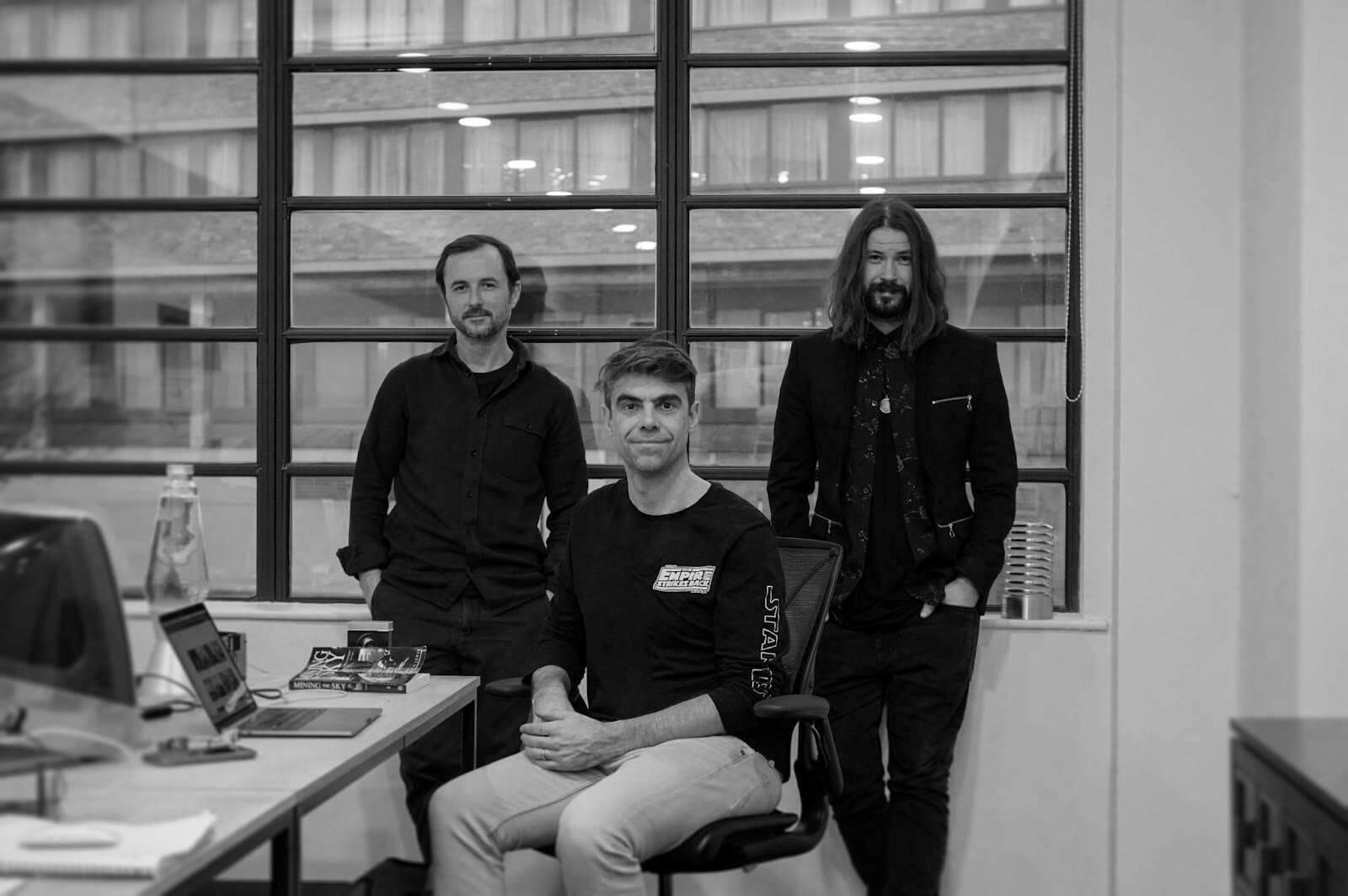 Cauldron was labelled one of FinTech’s best kept secrets when last summer it spun the gaming studio out of the fintech unicorn, Thought Machine. Their Chief Design Officer, Mark Warrick, announced he was moving on after 7 years to become the CEO of Cauldron with a founding team including the award-winning creative force of Fox Rogers and BAFTA-nominated games director Matt Hyde.

What would this world-class creative team be focusing on?

Well, we all found out when they revealed their hand in November and demoed an immersive Web3 Sci Fi project that was in development. With Seedcamp’s experience having invested early in Sorare and having followed the virtual goods market for years – it was a natural match for Seedcamp to lead the oversubscribed $1.4m round with Cauldron’s existing investors of IQ Capital and Playfair Capital joining.

We cannot give too many more details since Cauldron are keeping their projects under wraps for now. Although, we can reveal that high profile team members include Matthew Newcombe, their CTO, who has been in the games industry for over 10 years with lineage at studios such as ustwo games, Rare and King where he worked on the likes of Monument Valley 2, Assemble with Care and Halo. Matthew is known in the industry for his desire to build meaningful games, this combined with the founding team’s deep passion for worldbuilding-first experiences is likely to be a potent creative combination.

Cauldron are not short of wider industry expertise either with Alex Brunicki from Backed VC appointed as their advisor along with their strong angel support base of the likes of Kieran Hill (20VC), Carmen Alfonso Rico (Cocoa) and Vinoth Jayakumar (Molten Ventures).

Fox Rogers, Cauldron Co-founder and Creative Director said: “Our studio has naturally wanted to transition over the years into being worldbuilding-led so it could not be better timing seeing a new audience emerge that is looking for immersive game-like experiences where they own parts of the universes they love. At Cauldron we have a history of working in markets where we know our art and emotive storytelling can have a dramatic impact and we are seeing the rising base of Web3 players yearning for more.”

Seedcamp Partner, Sia Houchangnia, adds: “At Seedcamp, we backed Sorare early and boldly stated it would become one of the first mass crypto games. We know gaming will be one of the main drivers behind mainstream crypto adoption and are delighted to have found yet another world-class team in Cauldron who have a strong market vision for a Web3 gaming niche that we have not seen to date and we are delighted to be supporting them at the start of their journey.’

For more information or to contact Cauldron visit https://cauldron.co/

Mayor to help small businesses capitalise on the power of AI

Sugi is Here to Make your Investments Greener

How To Keep Drinking Beer Without The Calories