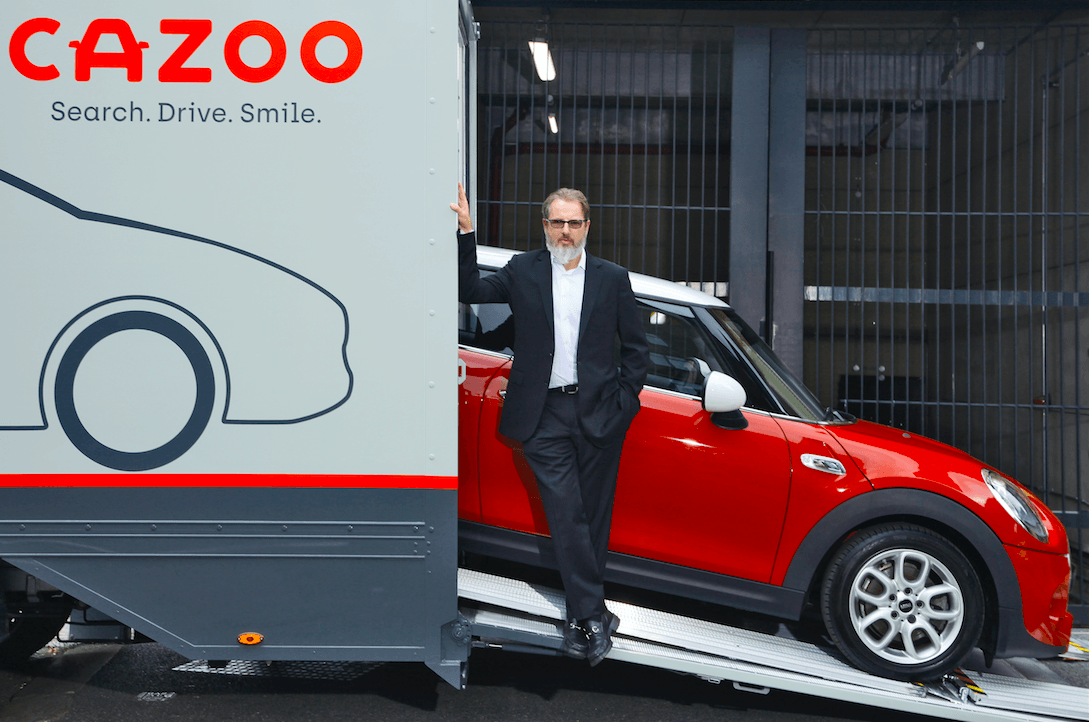 Cazoo, Europe’s leading online car retailer, which makes buying and selling a car as simple and seamless as ordering any other product online, today announced that it has agreed to issue and sell, via a private placement, 2.00% convertible senior notes (the “Notes”) in an aggregate principal amount of $630 million (the “Transaction”). The Notes will be convertible into Cazoo Class A Ordinary Shares (the “Shares”) at an initial conversion price of $5.00, which represents approximately a 20% premium to the trailing 5 trading day volume-weighted average price of the Shares. The Transaction is led by new investor Viking Global Investors, alongside participation from several existing shareholders including Mubadala Investment Company, D1 Capital and Willoughby Capital as well as other new and existing investors. Closing of the Transaction is subject to customary conditions.

Following the significant progress made since its launch two years ago, the additional capital will support Cazoo’s continued growth in the UK and expansion in Europe. The financing will supplement Cazoo’s current strong liquidity position and will provide a material multi-year runway for the Company to be able to execute on its strategy over the coming years. The new proceeds, combined with Cazoo’s existing cash and cash equivalent position of approximately $260 million as of December 31, 2021, will leave the Company with a pro forma cash balance approaching $900 million following the Transaction.

Alex Chesterman OBE, Founder & CEO of Cazoo said: “This transaction, where we have raised an additional $630 million, further reinforces the strong belief in Cazoo from new and existing shareholders who, like us, are extremely excited about the huge market opportunity that we have ahead of us. We are now very well-funded for the coming years to continue to capitalise on this opportunity and deliver the best car buying and selling experience for consumers across the UK and Europe.”

Over the past two years since launch, Cazoo has established a market leading platform, team, brand and infrastructure in the UK and started to expand its proposition into the EU, having recently launched in France and Germany and acquired strong businesses and teams in Italy and Spain. The Company now operates in the largest five markets in Europe – the UK, France, Germany, Italy and Spain.

Over the past 12 months, Cazoo has continued its strong growth trajectory and made significant progress against its key strategic objectives. The Company has expanded its reconditioning capabilities, taking UK reconditioning fully in-house and grown from just one site at this time last year to 11 in-house reconditioning sites with a potential output capacity of around 250,000 units per annum.

During 2021, Cazoo expanded from operating solely in the UK to now having operations across the largest five European markets. Having successfully launched in both France and Germany late last year, the recent acquisitions of Swipcar in Spain and brumbrum in Italy have provided the Company with strong local teams, infrastructure, capabilities and relationships which will expedite the launch into the sizeable Spanish and Italian markets during 2022.

In addition to significantly expanding its infrastructure capabilities and geographic reach, the Company has also materially enhanced its product proposition. The launch of its fully integrated subscription service has been resonating extremely well with customers and Cazoo is now the market leader in consumer car subscriptions in Europe with around 10,000 active subscribers. Cazoo has significantly increased the number of ancillary products it sells, most recently adding service plans, and the launch of its direct from consumer car buying channel in the UK has been performing ahead of expectations and is materially expanding sourcing capabilities and diversifying the buying mix in this attractive channel.

Alex Chesterman OBE, Founder & CEO of Cazoo said: “I am extremely proud of what Cazoo has achieved both since launch and particularly over the last 12 months. In 2021, our second full year of operation, we achieved record revenues of over £665 million and have made significant progress on all aspects of our ambitious strategy. We have built a market leading proposition which consumers love, a world-class team of over 4,000, a household brand that is now recognised by over 75% of the UK population and significant infrastructure capabilities across the UK and EU.” 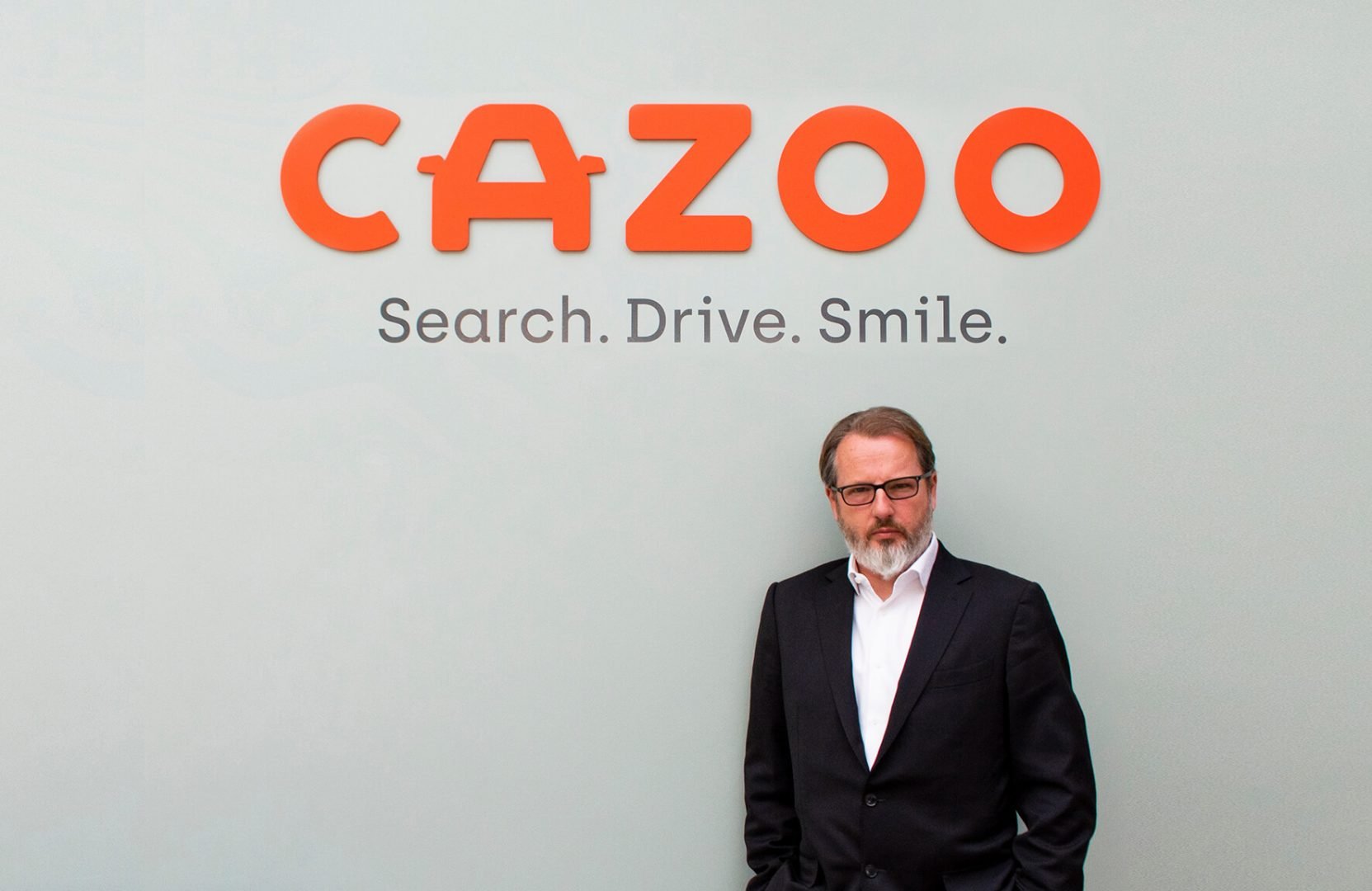 Cazoo is pioneering the shift to online car buying and selling across the UK & EU, a £475+ billion market with low-single-digit digital penetration, lagging almost all other retail sectors and ripe for digital transformation. It is an incredibly fragmented space, with no incumbent having more than a small-single-digit percent market share. By leveraging data and technology to improve selection, quality, transparency and convenience, Cazoo is providing consumers with a far superior overall experience.

Cazoo now has a leading proposition in the UK and an established position in each of France, Germany, Italy and Spain, the four largest markets in the EU. Together these five markets have a combined total addressable market (“TAM”) in excess of £300 billion – £100+ billion in the UK and £200+ billion combined in France, Germany, Spain and Italy (the “Big 4” EU markets). The rest of Europe has a TAM of ~£175 billion, giving a total market opportunity today of £475+ billion.

Key Objectives for 2022 and Beyond

Based on the key strategic advances made in 2021 and a strong start to 2022, Cazoo today provides its key objectives for 2022 and beyond.

It is expected that the Company’s ever-improving market leading proposition, combined with a growing level of inventory will result in continued rapid market share gains in the UK. Having recently launched in France and Germany, the Company plans to replicate the success of its UK business across both markets, in addition to launching in Spain and Italy later this year. In 2022, the Company expects to sell over 100,000 retail units and to generate revenues in excess of £2 billion, representing year-on-year growth of ~200%.

In addition to the substantial market share opportunity, the Company continues to see a clear path for significant Retail GPU improvements. Growth in GPU will be driven by a continued shift in buying mix including further success in the sourcing of cars directly from consumers. In addition, investments through 2021 and further progress in 2022 will lead to continued efficiencies and operational leverage in reconditioning and logistics. Combined with improvements to stock turn and further enhancements to the Company’s products, partnerships and processes, Retail GPU in the UK in 2022 is expected to be ~£900.

Alex Chesterman OBE, Founder & CEO of Cazoo said: “Our strong growth in 2021 combined with the building blocks we have put in place, including this new funding, means that we are very well positioned to deliver on our plans and gives us strong confidence of meeting our medium and long term targets. We have navigated through some reconditioning constraints during the back half of last year and over the last few months we have seen our website inventory expand notably. As expected, this has helped lead to a record start to 2022 with unit sales up materially both sequentially and year-on-year. While we expect to continue to rapidly increase our market share, the market opportunity is so substantial that with just low-single-digit market shares and prudent GPU targets we would have an enormous business generating meaningful free-cash-flows”