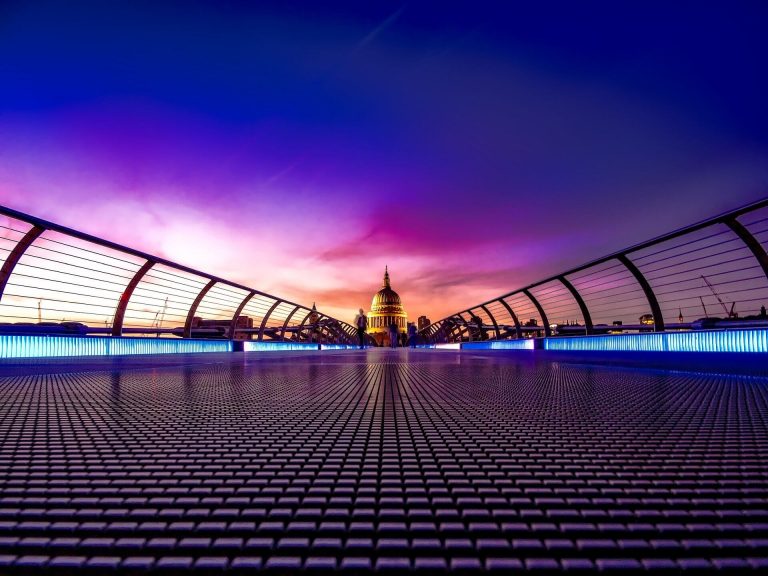 London is at the centre of Europe’s burgeoning tech scene, with new research from Dealroom.co and London & Partners showing that London tech companies helped Europe to reach record levels of tech venture capital funding in 2020. International investors continue to look to London, with the findings revealing that the UK capital received more tech VC investment than any European city in 2020. Future growth also looks strong, with the data showing that London based VC firms have unprecedented levels of fresh capital to deploy in 2021.

Despite the global pandemic and the UK’s exit from the European Union, London tech firms raised $10.5bn in 2020, significantly more than the total amount raised in 2017 ($7bn) and 2018 ($5.9bn) and close to the record in 2019 ($10.7bn). The UK capital cemented its status as Europe’s leading tech hub, with London companies receiving over three times the amount of investment than any other European tech city. London’s tech scene is also competitive on the global stage, featuring as the second fastest growing global tech hub since 2016 and ranking 5th on the worldwide list for VC tech investment over the past five years.

2020 was a record year for VC funding into Europe’s tech sector, with figures from Dealroom.co revealing European tech companies raised $43.1bn last year. London was at the heart of this growth, with its tech firms accounting for a quarter of all European tech funding. Global tech VC investment was also resilient in 2020, with the data showing $272.3bn was invested into tech firms worldwide in 2020, up from $262.7bn in 2019.

Future investment prospects for London’s tech companies have been boosted by an increase in new VC funds based in the UK capital. London VC firms raised $7.8bn in new funds in 2020, on top of the $4bn raised in 2019 accounting for a third of all new European VC funds over the past two years. This represents a huge increase on previous years, with just $1.7bn and $2.7bn raised in 2016 and 2017.

Additional findings show that London is now home to 1,252 VC firms, more than any other European city. 2020 saw a number of global investment firms increase their presence in London with Index Ventures ($2bn fund) and Atomico ($830m fund) announcing new funds for European start-ups based in London and the news that Silicon Valley based VC Sequoia Capital has expanded its footprint in the UK capital.

Mayor of London, Sadiq Khan said: “London is the global tech capital of Europe. Despite the challenges brought about by Brexit and the coronavirus pandemic, London’s tech sector continued to thrive in 2020 and has an important role to play in the city’s economic recovery. London is already home to some of the world’s best technology companies and will remain open to international investment and tech talent from all over the world.”

Laura Citron CEO of London & Partners said: “It’s brilliant to see how resilient London’s tech sector has been, despite all the challenges of 2020. International investors have shown real confidence in London, with new venture capital funds setting up here to invest in high-growth companies in sectors like fintech, cybersecurity and health tech. This is because London continues to be the gateway to the European market and a fantastic place to set up and scale a tech company.”

Eileen Burbidge, Partner at London VC firm, Passion Capital added: “The outlook for London as a global investment hub remains positive. With world class tech talent and sector expertise, London is home to an abundance of innovative entrepreneurs and start-ups for investors and on-going value accretion. It’s also promising that London tech companies are attracting a greater mixture of early and later stage found rounds. This is a clear sign that London’s tech sector will continue to compete and be a leader on the global stage.”

London is also producing some of the world’s fastest growing tech companies, with Dealroom identifying 81 potential future unicorns headquartered in the capital, double the amount of Paris (42) and Berlin (32). London is the current unicorn capital of Europe, home to 43 unicorn companies; more than Paris (11), Berlin (11) and Amsterdam (9) combined. London has emerged as a unicorn capital due to increased access to later-stage funding, with the data showing a sharp increase in the availability of capital for $250m+ funding from $1.8bn in 2019 to $5bn in 2020.

Following the outbreak of the global pandemic and an increase in remote working in 2020, enterprise software technologies emerged as a top sector for VC investors. London saw a 82% increase in enterprise software investments in 2020, with the UK capital’s firms raising a total of $1.9bn. VC Investment into London’s health tech companies also remained strong in 2020, with major funding rounds for Babylon Health ($100m), COMPASS Pathways ($80m) and Cera ($75m). Since 2016, London’s health tech firms have raised a total of $3.2bn, more than any European city.

The report also revealed that global investors are increasingly pumping money into London tech companies, with non-European investors accounting for over half (57%) of all tech VC investment into London over the past two years. When looking to Europe, international investors have a preference for London, with the UK capital attracting a higher percentage of non-European investment than any other European tech hub. Investors from North America represented the largest share of venture capital funding into London (between 2019-2020) with 36% of investment coming from VC firms headquartered in the USA and Canada.

Greg Jackson, CEO and Founder, London-based energy tech unicorn Octopus Energy said: “We deliberately set up our headquarters in London – Europe’s tech hub – because it gives us access to like-minded tech innovators and world-class talent. This innovative tech ecosystem is also the reason why we believe the UK has got what it takes to become the ‘Silicon Valley of Energy’, driving the tech-led green energy revolution globally. In less than five years we’ve grown our business from a small office in London to a global entech leader with bases in the US, Germany, Australia and Japan. Our exceptional growth and recent double unicorn status prove that London can be a launchpad for global tech companies.”

Saul Klein, co-founder of London headquartered VC firm, LocalGlobe, said: “London is vying with the leading tech hubs of the US and China to attract global venture capital but if we want to do even better we must address how we help growing tech companies to make the transition from private ownership to public markets because that will help to anchor these global companies to the UK and to London, with huge benefits in creating well-paying jobs and bringing about innovation that helps our whole society.”